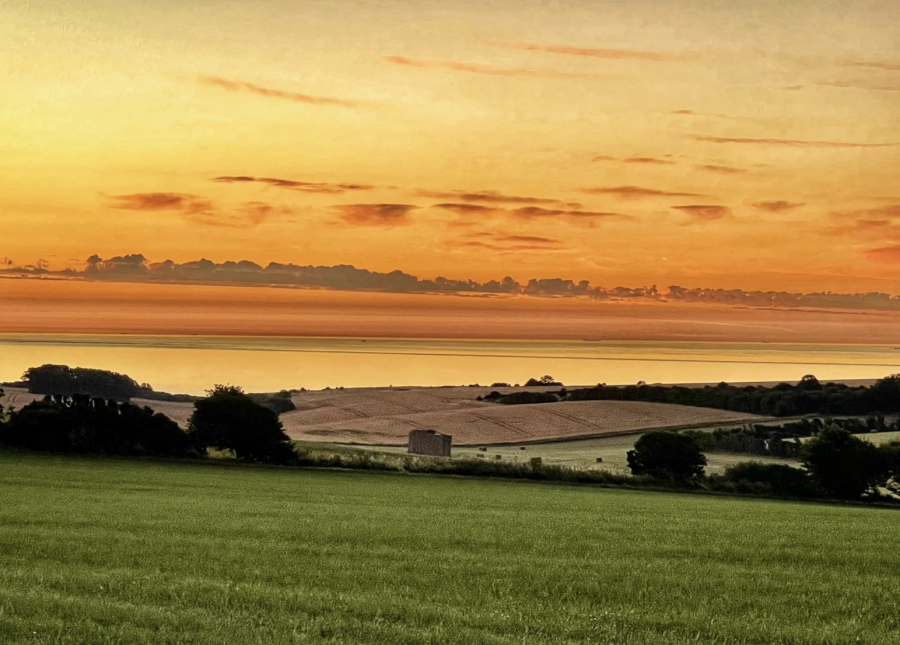 The combine’s wheels are turning, and harvest is well and truly upon us. The crops have changed colour so quickly this season, although I’m fed up with listening to how we’ve been hotter than Greece and the global warming theory.

Is the summer of 2022 turning out to be a summer of “discontent”? I think we could be well on our way to calling it that. A series of rail strikes has already brought widespread disruption to commuters and the traffic on the roads has increased significantly. Airport baggage handlers have also voted to strike in July/August, while teachers, post office workers, nurses, doctors and firefighters are all considering it over the amount of pay they receive.

The discontent in agriculture is also apparent. Farmers obviously don’t have the opportunity to strike but I’m sure they would if they could (the effect could be immense if they did). Farmers are facing a “crisis of confidence”, with the rising cost of input inflation instilling an unwillingness to invest. In a recent survey, more than a third of arable farmers said they had changed their crop rotation plans in response to the soaring price of fertiliser, switching from growing milling wheat for bread to feed wheat for animals as it has a lower fertiliser requirement.

Seven per cent of dairy farmers are set to leave the industry (even with a good milk price) and the National Pig Association estimates that between 20% and 25% of pig farmers will leave the industry within the next 12 months. It’s easy to understand why farmers are leaving the industry; with agricultural inflation running at 25%, many farm businesses are feeling the squeeze.

Labour is still a challenge to many farmers, with the average age of a farm worker now over 52. DEFRA and the Home office seem unwilling to be of any assistance to enable foreign workers to come over for the harvest season. Robotic solutions are too far away to be of any benefit.

As a country we find ourselves in a similar predicament to the “winter of discontent” in 1978/79. A general election in May 1979 seemed to put the country back on the right path, with Margaret Thatcher leading the way.

Boris Johnson is on his way out, his skin being far thicker than any rhino’s, I fear. In the next few weeks the Prime Ministerial campaign will be in full swing. with a result being announced at the beginning of September I believe.

We don’t appear to be the only country entering a period of discontent. Some months ago, I commented on the Government of Sri Lanka’s decision to ban agrichemicals and fertiliser resulting in reduced output and therefore reduced exports. This has resulted in riots and demonstrations throughout the country, leading to the effective ousting of the government.

When will common sense prevail in politics? We are only ever four days away from anarchy. We need to get back to real world politicians rather than career politicians. If I applied for a job without the relevant experience, I would be refused the position immediately, but politicians seem to be able to run any department they choose without any relevant experience.

School is out for summer and the child that dislikes school intently has become the most angelic child around. Gone are the days of mummy getting slightly hot under the collar when he won’t get dressed or put his shoes on to get to school on time and, funnily enough, we have a child that’s up and dressed and raring to go at 5.30am!

There was great excitement when the baler arrived in our household. I’m sure Ted’s screams of delight could be heard for miles around, and seeing it work was out of this world apparently. Ice cream runs and evening meals are back with a vengeance and a quick dip in the pool serves instead of a bath.

Puppies, puppies, and more puppies; when will the house ever return to normality? I do love a puppy cuddle, but they are complete time wasters.

Pony club championships are nearly upon us, with Zara having been successful  in the area qualifiers. A fun-filled week awaits us. All that remains is to wish good luck to all who are collecting A level and GCSE results this month.