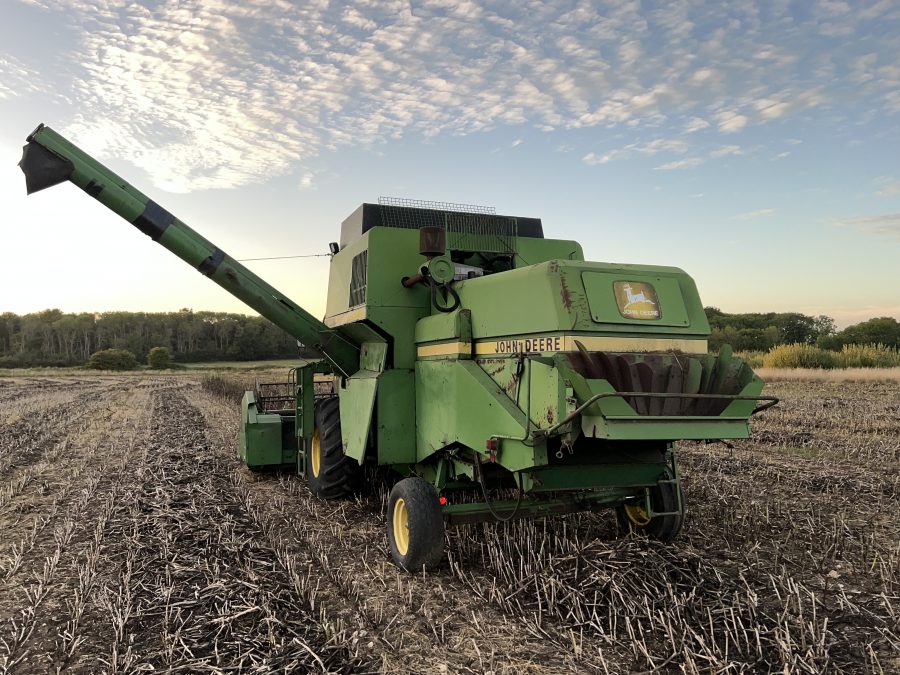 As ‘droughts’ go, the 2022 version has surely been the most benign ever. A dry spring but enough rain to get the crops away. Then some useful rain in May and June. Now a hot July and August, perfect for harvesting. Haven’t even had to turn the dryer on.

About to finish cutting the last field of spring beans. The last of harvest 2022. All is going swimmingly. The Met Office forecast gives rain later with thunder. The end of the long drought. Three acres left to cut before the storm arrives. Then harvest home.

I have just had that thought when an ominous rattle comes from the combine harvester’s engine compartment. Stop to check the problem. The fan belt has just disintegrated. Look at the temperature gauge, which is pointing safely into the green. Should be able to get the last few acres of beans into the grain tank before the needle even moves.

Wrong. The needle moves further towards the red. Drive on. Desperate to boast to all that harvest is done.

And not any ordinary done. Done and finished by 16 August 2022, with a combine harvester manufactured 32 years earlier. Ha. How about that, you? You with your expensive, shiny, nearly-new machine?

But now the needle is touching red. Have to face facts. My loyal servant deserves better than to have her engine block cracked by a crazed idiot determined to finish harvest at any cost just for bragging rights.

Besides, there is still a chance. There’s a spare fan belt in the toolbox.

Set to work to fit it double quick. Pulleys are slackened and then re-tightened. A lovely new dark black belt of rubber is soon driving the fan efficiently. Cooling the engine and my temper in equal measure. Slick pit stop over.

It’s starting to rain hard. Panic. Push the lever on the hydrostatic gearbox further forwards. Faster. Regardless. Not to be denied the harvest chequered flag with less than an acre to go.

“Whump-whump”. The familiar dreaded noise tells me the threshing drum is about to block up with the intake of increasingly wet bean haulm. Make a reluctant calculation that it is best to slow down to avoid a drum block.

Feed the last few beans through the threshing mechanism very slowly. Yes, that will surely get me to the finishing line. Then the header cutter knife jams. Lower it to the ground and turn the engine off. Clamber down the steps to start un-jamming.

Outside the cab now. Quickly soaked to the skin. The shock of the cold wet and the shock of the flashes of lightening bring me to my senses. Give up the struggle. Pat the combine as a form of apology. Trudge dejectedly towards my Land Rover as the ground shakes to the rumble of thunder. Then home.

The driest summer in England since 1935 has come to an abrupt end. About one tenth of an acre of unharvested spring beans too soon. Almost, but not quite, the perfect drought. Thanks.