SARAH CALCUTT: Will we be able to pick our crops? - South East Farmer 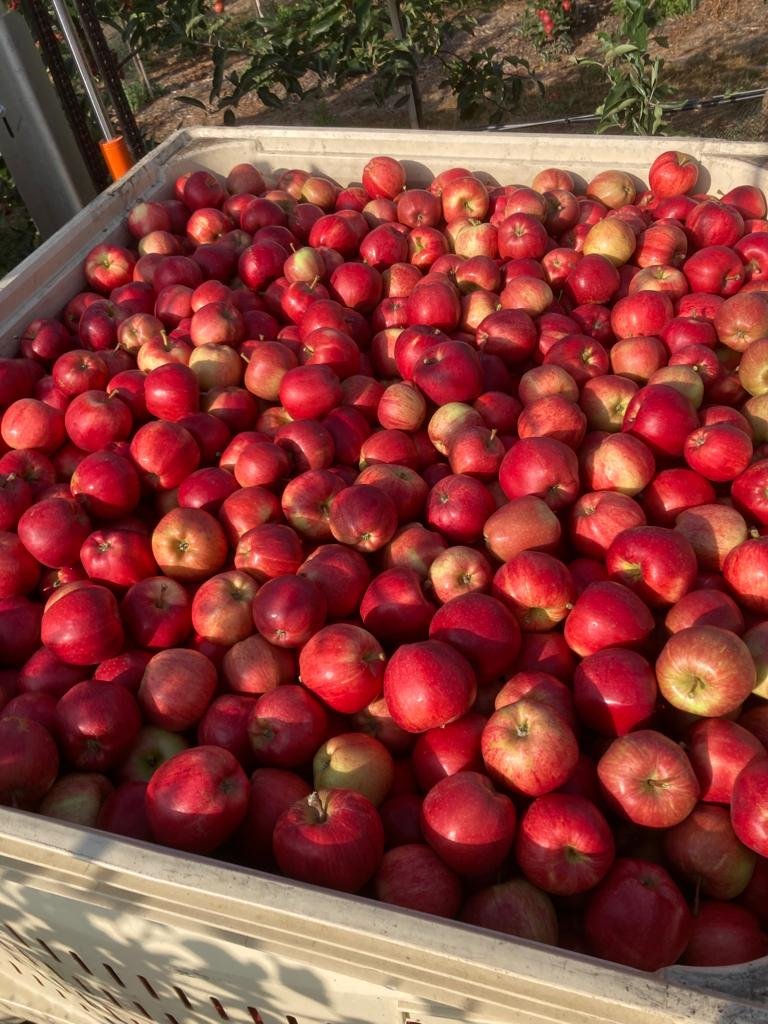 On my Facebook feed is a post from Adrian Scripps Ltd with an image of magnificent Gala apples in a fruit bin (pictured above). It’s the earliest they have ever harvested Gala with the appropriate colour, pressures and sugars, all ready to be tucked away for sale late in the season next year.

If you talk to a top fruit grower, they’re not going to sound too confident about the storage potential for all varieties due to the warm weather; anything requiring good calcium levels is at risk following the hot spell, while sensitive varieties like Bramley are especially at risk (and many fruits will have scorched patches which further break down in store).

But, being positive, the warm spell has controlled size, it will have delivered colour (the day/night temperature differential kicked in well over the past few weeks) and as long as some of the rain forecasted actually soaks in, the later varieties should be looking amazing too.

On the negative side again, they may not be able to pick all their crop, of course. The 38,000 seasonal worker permits in use at the moment are covering approximately three out of five of the roles within edible horticulture this year. Even with some horticulture sectors producing a fifth less of their potential capacity, the press is, sadly, full of reports of millions of tonnes of perfect food being ploughed in or cut for waste, all due to the lack of workers. This isn’t due to local workers’ lack of ability to ‘graft’; it’s because there simply are not enough people.

If you speak to an economist, the assumption is that anything under 5% unemployment is classified as full employment. It assumes that within a population of our size, the 3.8% who aren’t currently in work are those that, frankly, either cannot or won’t work.

If you look at the geographical dispersal of the 1.29m currently not in employment, they aren’t in a position to pop out each morning and join a picking team. They will need to move to another part of the country. Who would give up their home for a few months’ harvest work? There is no benefit holiday, so stopping universal credit and housing benefit for harvest work would leave them with no money and no rent support come Christmas. Not to mention family responsibilities; it just doesn’t work.

We should also look at the other sectors that also have enormous vacancy rates currently. From 1 August 2022, vacancy figures for the five most prominent sectors requiring more staff totalled 840,692. Office of National Statistics figures published in July 2022 put the total UK vacancies at 1.3 million, so now we have more vacancies than we have unemployed people yet still we are told that we don’t need overseas labour.

In summary, we need closer to 70,000 seasonal permits, it is travesty that we have lost crop this year, impacting on GDP, food security, food pricing and the mental and financial health of the farming sector.  We are strong enough to trade our way out of the current crisis but we need to recognise that farmers are a big part of this and need to be empowered to really show what the rural powerhouse is capable of.