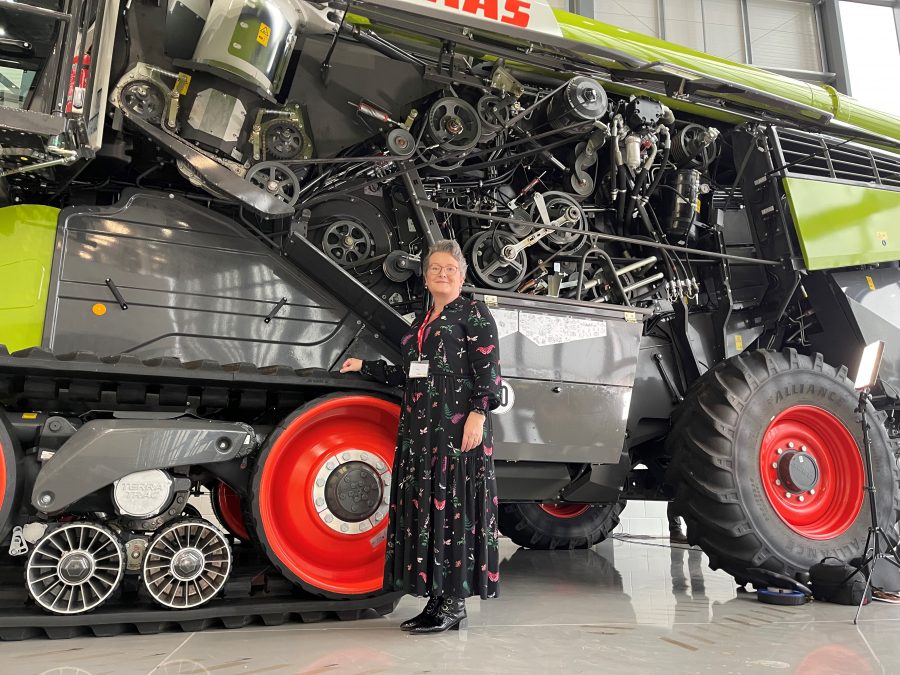 The amount of political and financial flux currently surrounding us unsettles every part of government as well as all contributors to GDP. In farming, well we don’t need to begin talking again about the staggering lack of return to the primary producer.

Professor Tim Lang said this week that the average horticultural product is currently returning only 8% of its retail price to the farm gate. Every other step of its journey to the customer takes a greater slice than the person producing it.

I have attended two excellent events this month. The first was to Rabobank’s HQ in the city, where I had the pleasure of watching Julia Bradbury refereeing between Tim Lang and Professor Michael Lee, with the wonderful Judith Batchelar and Helen Dent adding calmer voices of reason in a very impassioned debate about achieving net zero in farming and food.

An excellent summation was provided by her Royal Highness the Princess Royal, who counselled us all that the responsibility rests with every grower, every retailer and every household. The main challenge is that we need to find effective ways of filtering the messages down to all farms in a deliverable level. It needs to be easy (though the panel did argue that it needs to be incentivised as investment is required).

Professor Lang’s 8% isn’t delivering profit, nor even covering the cost of production, something that is echoed across food produced in the UK. As a nation we spend £223.3bn a year on food. Just think, we could have it worse; of that sum, only 0.4% goes back to a fisherman.

The panel’s principal argument was that climate targeting shouldn’t mean lack of profit, and that as this is a global issue we need international alignment on structure. Systems that have not been updated since the 1940s need rapid change, with growers paid for the environmental services they provide plus being paid fairly for the food they produce.

Food security is a public good. We need harmony across policy, licensing, production and retail, yet our change is driven by crisis and argument, which leaves us drifting. This drift is contributing to the priority of calories over nutrient density and the ignoring of the need for an affordable, healthy diet for those in school.

On 15 November I was fortunate to be included in the inaugural Beanstalk global circle of leaders’ debate, entitled: “How do we collectively create the solutions we want to see in such turbulent times?” I was included for two perspectives: farming and food poverty.

The panel, chaired by Max MacGillivray of Beanstalk, was made up of Dan Cross, chief executive of Dyson farms, Andy Allen of Oast House Ventures (a low carbon farming enterprise), Jack Ward of British Growers, Thomas Oatley, ex-president of Harper Adams student union, Nick Sapphire of the Agriculture and Horticulture Development Board, Jazz Singh of Innovation Agritech and Dr Trisha Toop of the Agri Epi Centre.

We discussed the challenges ahead and talked about those who are making the greatest advances in areas such as the reduction in labour, increased productivity and the reduction of environmental impact, how our sectors are making a difference and how businesses can activate policies around purpose and sustainability to meet the increasing needs of society. We also debated the business benefit of charity collaboration.

While we are at a crossroads in home grown production, a collaborative approach is emerging; there are cohesive statements being presented to government aimed at aiding the delivery of economic growth and trade agreements that benefit the economy, creating a bigger marketplace for technology as well as produce. Hopefully they will also beat down the dysfunction of our food system.