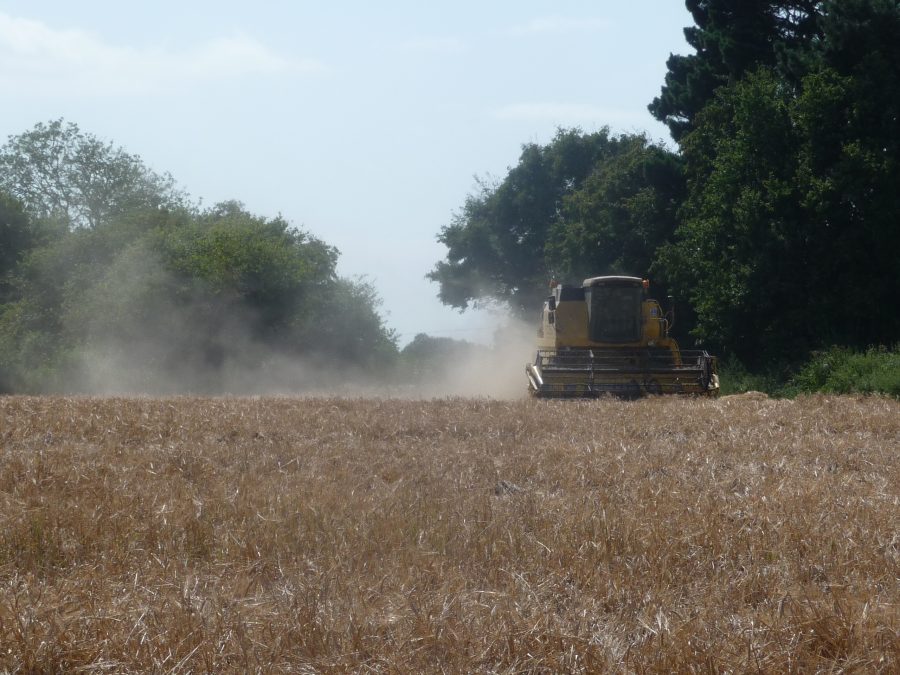 I wrote the forerunner of this article (in brilliant original note form of course) a couple of weeks back, only to have a major power cut in the locality, and so without having first pressed ‘save’ lost the lot. Very frustrating. Turns out a glider from a local club was being winched up when the tow line dropped away onto the nearby mains power cables, cutting the supply to hundreds of homes and businesses for some two hours.

The gliding club has been literally ‘sailing pretty close to the wind’ for several months by using a noisy piston engine tow plane to get the gliders airborne and, in so doing, flying low and noisily over several previously quiet homes and local villages, including my own, causing no little irritation. Maybe this will tidy up their act.

So then I had to start again, while trying to remember the wording. A bit like an artist trying to repeat from memory a now destroyed ‘once in a lifetime’ painting of his favourite dog (or wife); not easy to do. But now I hear you asking: “What has this got to do with farming?” Not a lot…

Now we are almost in September, with a particularly vital harvest almost finished. Hopefully those of you with cereals will have escaped the fires which ravaged a number of crops. The only major crop we have here is maize, which has had a difficult year. Lack of rain and granular fertiliser has not helped and, while the crop is there, the bulk is very inconsistent. It varies from an estimated best of 17 to 18 tons to the acre down to something nearer eight tons, although the quality would seem good as it’s all well ‘cobbed’. There is every likelihood of a really early harvest, which will help those wanting to get cattle fodder stored and winter cereals back in good condition.

Hay was generally disappointing, made well but no quantity and, from the look of the regrowth in August, there will be scarce pickings for any sheep following unless we get some substantial rain. As readers may have already realised, I don’t have a lot of faith in the doom-mongering global warming experts, so rather expect a wet year next year! Nevertheless, were I to be growing large areas of cereals I think I would probably be thinking of mixing things up a bit and using natural fire breaks of green or late maturing crops where viable.

The other main crop I am interested in is on the hill farm; the tenant’s vines. They have put on huge growth through the summer despite the dry conditions, but it has been a bit worrying to see so many rooks perching above them on the trellising. Their numbers have been building steadily since I first noticed them in mid-June… All will be revealed later in September. The surviving clusters look promising.

But how to deter them, because netting some 68,000-70,000 vines would be prohibitively expensive in material and labour. I suppose some of those scarecrows that suddenly rise up with the aid of a blast of air accompanied by a shot might help? Better still a few men with shotguns, but then it would be putting up the price of a bottle of fine Sussex Champagne… sorry, I should say ‘sparkling wine’… mustn’t upset our French neighbours, eh! Although I am assured by some of the local connoisseurs there are a growing number of English and Welsh wines which knock most of the best Champagnes into ‘le cocked ‘at’!

I see the price of milk from the big dairies has finally risen to where it should have been some dozen years ago. Early in August the top prices quoted were 50ppl, and not before time. Only about 13 or 14 years ago I remember having a very heated conversation with the boss of our milk buyer, as he told me he was going to cut his price for our consistently 4.5% butterfat milk to somewhere in the region of 15ppl and that we may have to take even less at certain times.

He seemed to be concerned he may have to trade down his very expensive car, although he had little concern about his producers. I think he lost very many herds, some to other buyers and others who packed up, particularly in Wales.

It turned quite nasty, as I think it did with a number of other buyers. I quickly found a Hampshire-based company that was prepared to collect our milk at a somewhat fairer price. I told him that two sides could break the terms of a contract. Fortunately things eased within a few months, although prices for other inputs were not rising quite as fast then as they presently are, thanks to the Russian attack on Ukraine.

Now, with fertiliser almost unobtainable for the past eight months, it has become nearly unaffordable. Grain prices certainly help a bit. The dry summer has made grass very scarce and many maize crops are, like ours, pretty uneven. It is going to be a hard winter for the average dairy farmer who is going to need to fill his silos and barns with a lot more food than most can probably produce. Even 50ppl will soon be totally inadequate, unless we get a dramatic change in the weather or some stray bullet runs into a certain Russian.

My heart goes out to every dairy farmer in this country, and indeed Europe, at this trying time and I thank our lucky stars our old herd is being well cared for, still altogether, in a green Northern Ireland. But we do still miss them…