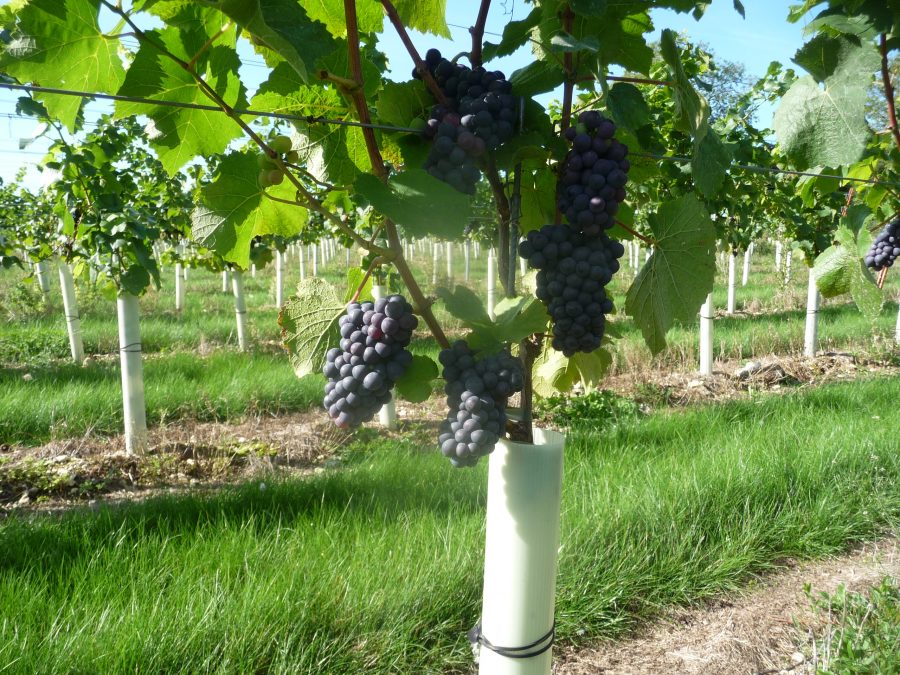 After one of the easiest harvests in many years, all crops, barring the veg, are in safely. The biggest harvest concern for everyone must have been fire risk, which caused some significant damage and losses.

Up on the hill farm there was spring barley and winter wheat and yields were quite satisfactory which, seeing how stressed the crops were in May, was a great relief. The grain quality was excellent, with no drying costs. The barley yielded just on three tons an acre and the wheat just over four. Here on the home farm the maize was all cut and removed by mid-September in good conditions. As an ex-dairyman it was disappointing its final destination was to an AD plant rather than to feed cattle, but deals are deals, to be stuck to, although there must be many cattle farmers crying out for winter forage and there won’t be many alternative crops around now to provide it.

I remember so well the near panic conditions back in 1976 after that similar drought, which lasted probably longer than this one without quite the heat. Back then I ran two dairy herds, one up on the Downs and the other on the home farm. Both were totally reliant on grass silage for winter feed since we hadn’t started to grow maize then.

We never had a ‘spring flush’, thus a very poor first cut in early June, with nothing in the way of rain till 10 September, when things began returning to normal. That allowed us to make our second cut in early November, but even then the clamps remained barely a third full. I noted in my diary: “What a disastrous season it has been” and estimated it had “cost the business between £25,000 and £30,000 ” (a lot then!) and set things back several years.

Despite which I somehow managed to purchase my family’s long-rented hill farm (185 acres, a farmhouse and two cottages) for £82,000 just two years later when it was offered by our old landlord’s estate (my grandfather had first rented it from him in 1922). Certainly the following few years were a bit of a struggle, although I always bought good golf balls!

This recent summer’s drought has been extremely hard for most in farming, so comparing its effects with that old 1976 diary makes me very pleased our herd went off to Northern Ireland back in 2018. I wouldn’t have wanted a repeat.

I just hope the Ukrainians have managed to get most of their crops harvested and away safely, without it being wilfully ignited by the Russians; then perhaps the talk of world grain famine will ease off a little. There is no doubt Russia’s attack against that country is disastrous for Ukrainian farming, particularly towards the east of the country. Its effects will take a long time to normalise. It’s almost impossible to comprehend. The vengeful bombing of docks and storage facilities in Odessa, the killing of dairy herds and the disruption to milk production, apart from the sheer murderous bombing of civilians. All down to one man who clearly has no feelings for human life, even the lives of his own countrymen. Russia will sadly be tarred by Putin’s brush for many years to come.

When you read ‘online’, or in the press do you ever question reports? Do you ever ask yourself how authentic a story may be? I fairly recently developed a pretty reliable way of assessing articles. If the headline included ‘could’, ‘might’ or ‘maybe’, I reasoned it was generally speculation by a writer who was too lazy to bother about facts, too lazy to get off his a… and, more than likely, politically biased. So I ignore it! ‘Could’ is the ultimate giveaway.

Farming examples are too numerous to detail but cover every aspect of the news. Half the problem is that the national press no longer has agricultural correspondents so all bovines are ‘cows’. I read recently that crop yields could be down due to the dry weather this year, while prices in the shops could rise. Meat in the shops could soar, surprisingly, to cover soaring fodder and fertiliser prices. And, more recently: “The whole of Norfolk could be under water if the two poles melt.” How startling! What about the south coast, I thought? All that effluent washing into the sea from sewage treatment plants will be pushed back up to fertilise our land. Free fertiliser!

My PC inbox shows I am receiving a huge number of scam attempts every week, which is a bit worrying. My own rule is never to open anything suspicious. If I don’t know the sender, bin it. If it is addressed in a strange way, bin it, but whatever happens, don’t open it. One slip could cost a fortune.

It is even more difficult now to keep tabs on things because our bank, which we have used for 54 years, recently removed their specialist agricultural facility, provided by previously knowledgeable staff, so now, instead of dealing with people who understood our job and would check these scam concerns, we have to rely on leaving the inevitable messages and hope a real person rings back to check, or confirm that some kind person hasn’t raided our bank account. A sign of the times, I suppose, but the bank’s service level has dropped rather alarmingly. When I have such concerns I need to speak to a person, not a damned answerphone.

Great news last month: our tenant’s vineyard’s first vines, planted in spring 2020, produced their first grapes this autumn. Only a light sort of pre-crop, but the vines were looking in prime condition and the juice was pressed out the same day in their new winery.