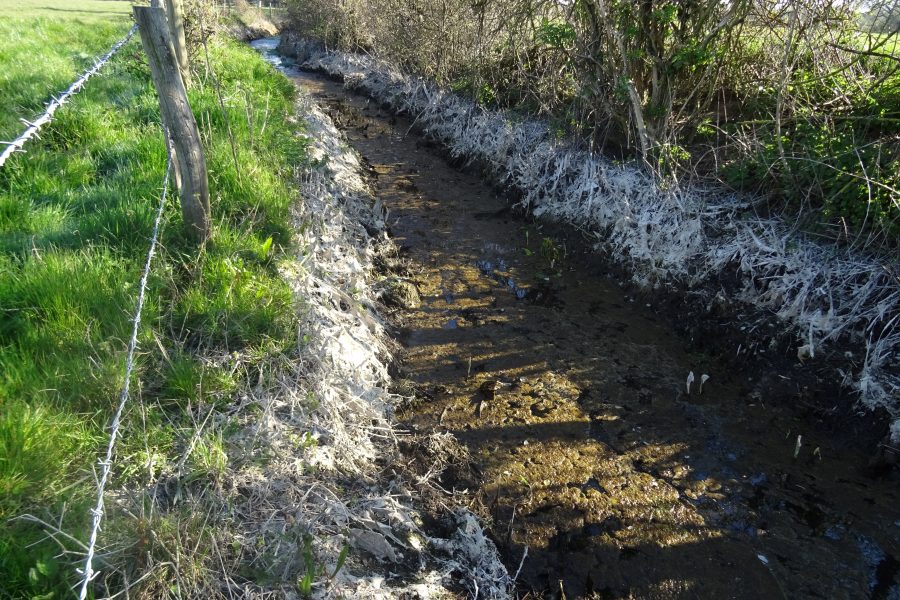 In the September issue the editor in his comment column got a bit fired up about who or what was to blame for the weather and its effects. I think he was referring to droughts and flooding. He also mentioned ‘doom mongers’ although I think they are mainly in the media, the papers and TV.

I don’t think he really came to a firm conclusion, although he did conclude that “we should all start working in partnership with the water authorities”. I fully agree, but their bodies don’t appear to want to work with us. I don’t think many of us really has a direct line to any higher authority, and although he mentioned the water companies, he strangely said not a word about the number one culprit the Environment Agency. They who have the final say over everything they see as “environmental” although do almost nothing practical themselves.

We farmers around my old hamlet in West Sussex have been trying to stir some action from the EA to maintain our local rifes (400 to 500 year-old hand-dug water courses) which take water to the sea and for which they inherited responsibility in 1996 and have since then neglected.

They were previously well maintained by other bodies, the Internal Drainage Boards and the National Rivers Authority (IDB and NRA), but since then the neglect is easy to spot if you can find the waterways at all. Silting up in the lower reaches has exceeded 40 inches, weeds which were always trimmed out annually have been left for the newts, crested or others, for water rats and for other creatures. But nothing has been done to drain the water to the sea, and here’s the rub. These rifes also have to take sewage discharges from Southern Water to the sea. With the blocked rifes, it gets held up and floods back uphill onto hundreds of acres of good farmland, a golf course and public footpaths.

We have arranged meetings with our local MP, the local council and Southern Water, with the local golf club which is forced to close for weeks on end in wet periods and is then left with sewage scum when the water finally drains… oh yes, and the EA. We have civilised meetings, mostly, but all we hear is that “there are no funds available”, probably because the EA has too many enforcement staff on too high salaries. I won’t bore you with the details but I’m sure many of you around the South East understand what I am talking about.

If they put their house in order, cleared the work backlog and got the water flowing I’m sure most landowners would be happy to contribute to future drainage work, perhaps through a reconstituted  IDB system, boards which were run largely with much input by riparian owners, mainly farmers who know their land; but until then we are pretty unanimously agreed here that the EA has to do its job or be disbanded. It is a disgrace.

Southern Water has to take some responsibility, too, and ensure sewage discharged even in flood conditions is fully treated to avoid the scenes of this past summer along our southern beaches. It is truly disgraceful; on top of the damage it is causing to farmland, footpaths and golfers’ health as well as to other living creatures that have to suffer it.

Presently our meetings, which were useful in airing the problems as opposed to getting the desired results, have stopped happening. The authorities may be relieved the pressure is off them, but it really needs the next generation to show initiative, keep the pressure on and see the job through.

None of this is being improved by the ‘initiative and thoughtlessness’ of local planning committees that are smothering rural areas of the south with thousands of new homes; too many on Grade I farmland. These houses in turn create huge extra pressure by feeding waste water and sewage down towards the English Channel, overwhelming thousands of acres of land with more water our systems cannot reasonably handle.

The whole situation is a huge mess, while the main cause, the EA, is sadly incompetent to do anything positive about it. It is, from our local experience simply not fit for purpose. Of most importance to those in charge appears to be ensuring that they get big salaries, while their chairmen get the odd peerage or knighthood for their performance.

Meanwhile life on the land goes on. The drought has broken, and the maize is cleared and did a lot better than expected. I am told they cut fractionally over 1,000 tons on 50 acres.

We have a new prime minister (whose partner doesn’t pull all their environmental strings) and a new minister for DEFRA, who can only bring some better ideas. I hope the first two things he does are stir up the EA and then bring some urgent and clearer thinking towards the huge ongoing problem of TB in our cattle herds which have, in the past 15 to 20 years, been brought to their knees.  Our herds have been decimated by policies which began so well after the war but which have hardly progressed since. If TB were killing off humans as quickly as false test results kill our cattle it might well have been overcome.

I hope some of this encourages some readers to pick up the points regarding the EA, and if you have similar experiences and thoughts do please drop a note to the editor. The only way to bring pressure on similar issues is to make a fuss. The old saying, “the squeaky wheel (axle) gets the grease”, is just as true today as ever it was.

Since writing this our dear Queen has passed away. What a wonderful lady and what a life. I feel she was the cement that has held the UK together, and like many others I almost treated her as a second mother. God Save the King. 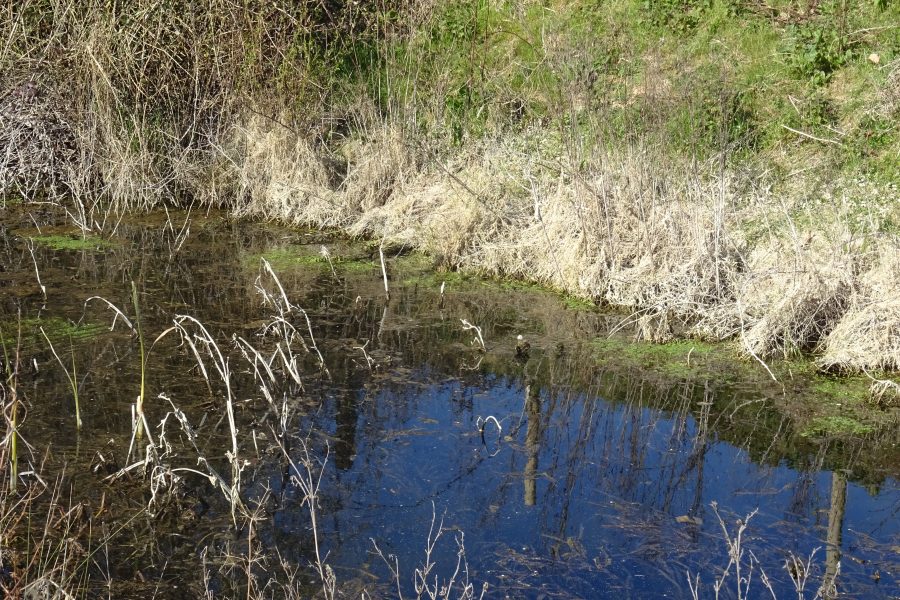 Two photos of our local ditches. When we called Southern Water they immediately sent an inspector, who took samples and told us the white on the banks was chopped toilet paper and the ditch was full of raw sewage. Five days later the SW head office told us the chap was wrong – so which expert does one believe?