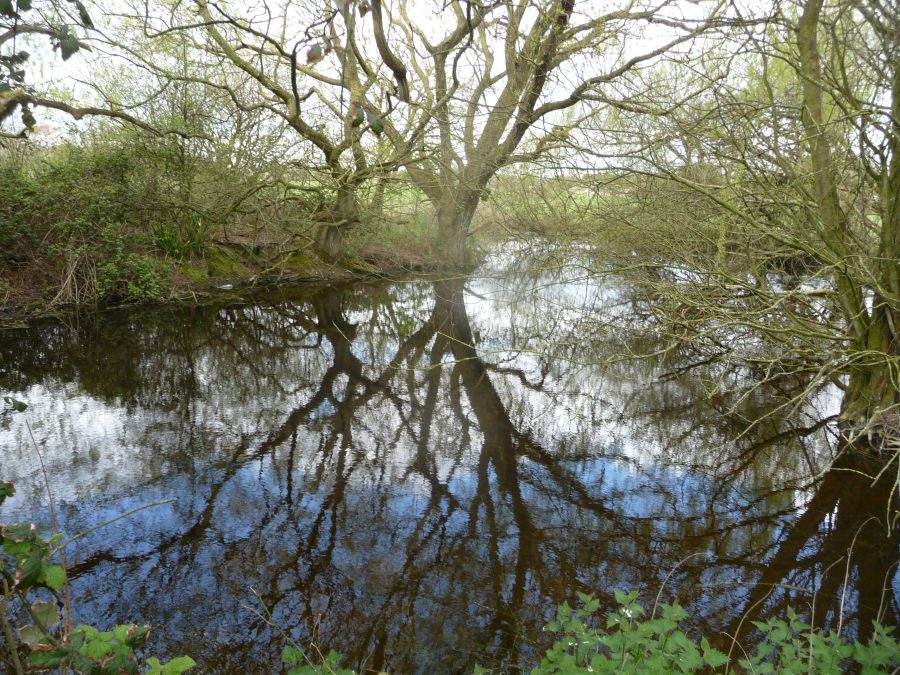 What’s happening on the farms? Not a lot just now, really. Emma has done the hedge trimming and found an acre or two of headlands, including some of the roadsides in our little hamlet, to allow traffic, farm and domestic, to navigate the lanes a little more safely.

We have also cleaned out my old wildfowl reserve, dug in the early eighties and recently filled with fallen trees which couldn’t be cleared because of the waters. I originally created it by enlarging a small pond, forming a couple of islands for the birds to nest on. It is around an acre and a half and held a number of rare species until an ignoramus of a council employee decided it would be a good idea to open up a disused footpath for the public to enjoy. The result was inevitable; people, dogs and nature don’t really mix. But he knew best.

Needless to say, within a year the birds were either driven off, shot, or killed by dogs, and there was no longer any point in the project. I had some 23 species there, many quite exotic. The shot birds included a rare pinioned nene drake (Hawaiian Goose) shot through the neck “just for fun”, said the lout we caught.

The dogs jumped over the fox-proof wire and chewed up a pair of pintails, a male red crested pochard, three mandarins and a young, home-reared full winged but too tame barnacle goose. All very depressing. The only good news in the case of the nene goose was that the yob was fined and actually paid full compensation.

But after this recent dry summer the pond emptied, for the first time in some 25 years, allowing us access to clear the fallen timber, which we pulled out and piled up along with other legal farm rubbish to be burned on November the Fifth, an event that was subsequently rained off. Meanwhile the pond is now once again filling up, attracting a number of mallard and teal in for evening ‘flight’. There is no shooting around it, so being full winged they are safe.

I know I repeat recent comments, but I do so in the hope that they are picked up on. We had a further meeting with our MP Nick Gibb recently about the effects of the long-term neglect of our main waterways/drains to the sea. They are called rifes around here, formed and enlarged first by man, many centuries ago, and later improved by machines.

They were meant to drain (indeed, once did drain) huge areas of the marshy cattle lands along the south coast, guiding the waters down to the likes of the Arun, Adur and other minor waterways.

This worked when the operation was maintained, but since the Environment Agency (EA) has been involved it has been neglected. And it shows. The EA is keener on writing letters from their desks and, as a result, annual river clearance has been almost totally ignored since they took over responsibility on their formation in the mid 1990s. To be fair, it was not completely unknown for the lands to flood before; it is just that these days it seems EA officers can manage little beyond handling a pen or handing out an enforcement notice.

Our meeting gave us a chance to express our concerns, which we did, but left us with little real optimism because farmland and farmers feature way down the list of the EA’s priorities, after water rats (voles) crested newts, sticklebacks and the like. All of which strangely thrived in the days the rivers were cleaned but do so no longer.

Like others of my generation, I remember when the rifes were properly maintained annually. When waters flowed downhill to the sea outfalls. But it’s very different these days. Such is the build up of silt (in excess of 40 inches) and dead vegetation, the chances of heavy rains getting out to sea are pretty poor.

So now, when these situations arise, the first thing we see is sewage, raw or liquid, being forced straight back upstream from the nearby, overwhelmed, Southern Water treatment works, coating our land and ditches in scum and untreated faeces, where it then remains for weeks on end. All we are left with is a white film of chopped toilet paper lining fields and ditches. It’s neither pretty nor healthy.

The meeting was well represented by local farmers, plus officials and our excellent MP, and the tone was, considering the differences in our opinions, largely amicable, but none of us locals is holding his or her breath. Our view is that we have to keep ‘rattling the gate’ in the hope that one day another man, like the then Environment Minister, Owen Patterson, will appear, saving the whole local plain, with its many thousands of new houses and their rapidly generated waste, from becoming another Somerset Levels disaster area.

I don’t believe in miracles, but still live in hope. Or perhaps nature will take a hand, as it surely will one day soon, and flood a huge area of commercial and residential properties within our area, to actually force the EA off their backsides and into taking action. They’ve done damn all these past 26 years, so what chance now?

And so we move into what, for a lifelong dairyman, is now a quieter time of year. One can get used to it, but, along with my ex-stockman Wally Elvin, that well known Sussex ex-soccer referee, we still miss the cattle hugely. They brought such life to the farms. No day was the same. Although, reading the farming newspapers, I sadly accept we got out at the right time.

Now we can choose when we work outside, we can enjoy our Christmas Day and Boxing Day with our friends and families and we can dream the world wakes up to a better dawn in January.

In the meantime, a Happy Christmas and a Healthy New Year to everyone.

The pond looking north after clearance in early November. The two islands are on the left.