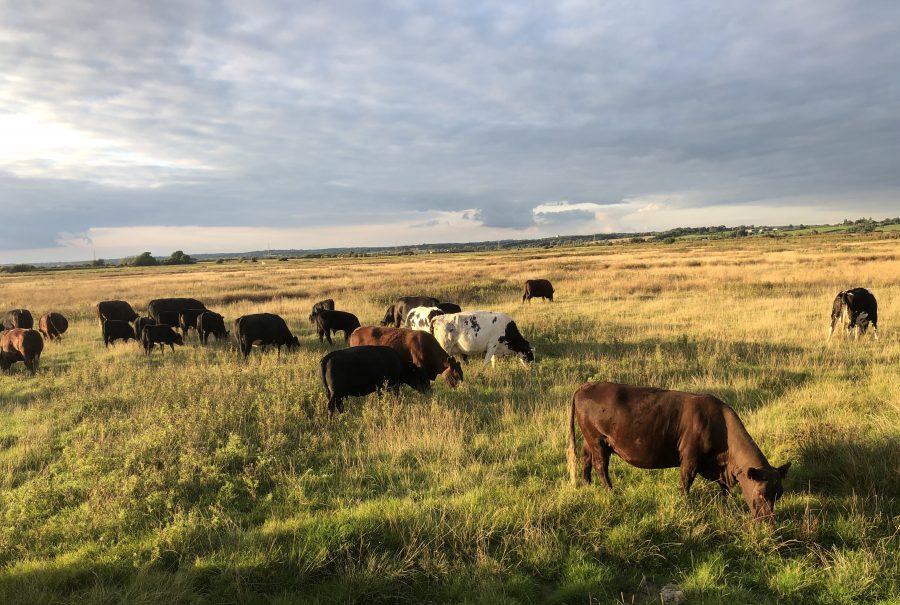 The autumn race against time is upon us, the daylight hours are reducing and there is the dread that drought conditions might turn to mud and water faster than we’re prepared for. The usual T-shirt and shorts are gone; now you have to give more thought to what to wear, appropriate for work and weather conditions.

Recently we’ve been moved onto six-monthly TB testing. Now we have a test in early October. Previously it worked well because we tested yearly during December, when all the cattle are housed, making it a relatively easy task. But in October the cattle will be out and about, making it logistically challenging, as they are located on different holdings.

TB testing is stressful, not only the worry about safety, but the fear of detecting a reactor and the resulting impact on our business, accompanied by a deep sadness for the unfortunate animal/s having their life cut short. TB needs eradicating, but the present system feels as if it’s prolonging the agony. Surely with today’s technology a more efficient system needs to be evolved.

Last night was noisy because we’d weaned some 10 month-old calves; they’re being temporarily housed while getting used to the idea of being separated. Their vocal protests have been loud. Granddaughter Anna (22 months) is delighted. She just loves cattle, incessantly demanding to see them, her face lighting up in delight when she does. Her vocabulary is limited, but she has a good stab at calling cattle, some dodgy counting goes on and very enthusiastic waving as she shouts ‘bye bye cows’ when we leave. Granddad might yet gain an assistant herdswoman. Sadly, she is not nearly as animated when it comes to sheep. I’m pinning my hopes on Zinnia.

Needless to say, I’ve been deciding on my own which ewes to cull. That’s not strictly true, because I did have the help of three willing sheepdogs. This year I’ve used short cable ties through the ear tag as markers instead of ear notching any trouble makers and this worked well.

It’s surprising how tetchy the ewes are about revealing the state of their teeth. Honestly, they should be grateful that I care, because NHS dentists certainly don’t worry about their patients. I waited four months for my appointment about my chipped tooth. The day before attending I received a message cancelling it, as they no longer accepted NHS patients. Now why didn’t they tell me this at the start? Turns out I had to pay extra for a check up and then raid the bank to pay for required treatment, £100 per 15 minutes. Clearly, I made a wrong career choice.

We (the sheepdogs & I) also went through our lambs and agonised over which ones to keep as ewe lamb replacements, all based on conformation and breeding history of course. I might have sneaked through a few favourites, but as long as they’re female it shouldn’t be a problem. The family gave me a lecture on cutting numbers but, as they say, what the eye doesn’t see the heart won’t grieve over and there’s a knack to counting sheep. Working alone has some advantages.

I rather embarrassingly have to confess that in the 14-acre field beside the house, the ewe’s reaction to my whistle is quicker than that of my young errant sheepdog. I was astonished to observe that as soon as the sheep hear the whistle they hurry to the furthest corner of the field where they patiently stand and wait. This is regardless of whether or not there is a dog in sight.

Tip is ultra-keen and has occasionally sneaked out for some extracurricular work, which usually results in herding ewes into this corner. Whereupon I give the recall whistle and Tip heads home looking very pleased with herself; I’m less so, but reluctant to reprimand her because she does return. If I could have a ‘put yourselves in a pen’ whistle, how good would that be? Sheepdog training is ongoing, and apart from the odd blip, I’m pleased with the progress.

Despite the late frosts this spring and the dry summer, we’ve had a bountiful plum crop, so we’ve replenished our jam stocks. According to the media we’re in for a tough winter, so jam to keep us sweet might come in useful. Our apple trees are also laden, and I found some delicious juicy black berries, so we’re feasting on blackberry and apple crumble.

I enjoy picking fruit and I was tempted by an advert to go grape picking, but other half pointed out I had enough to do. Field mushrooms are later than usual, a real treat if they’re freshly grown, but I always check for bugs as personally I don’t find insect protein particularly appealing.

Liz Truss says she ‘will deliver’ for this country and I sincerely hope she does. She has started her premiership at a tough time; why anyone would want the job is beyond me. I’m concerned, because the new DEFRA Secretary of State, Ranil Jayawardena, doesn’t appear to have much connection with agriculture. I was therefore relieved to read that Trudy Harrison and Mark Spencer, the newly appointed DEFRA Ministers, thankfully have some farming background. Let’s hope they have a positive impact on our industry.

Queen Elizabeth II truly served our country well, 70 years as monarch, carrying out her duties to the end. She earned the admiration of people worldwide for her kindness and consideration. It’s been really heartening to see so many people wanting to say thank you and show their respect. The state funeral was an awe-inspiring spectacle, which made me feel proud of our nation. The Queen was patron of the National Federation of Young Farmers, she understood the ways of the countryside and loved her horses and dogs. Now her work is done, may she rest in peace.

Hoping Zinnia is keener on sheepwork than her Dad!

Oh oh, burrs in my hair and muddy paw weather

Sorting lambs with my helpers