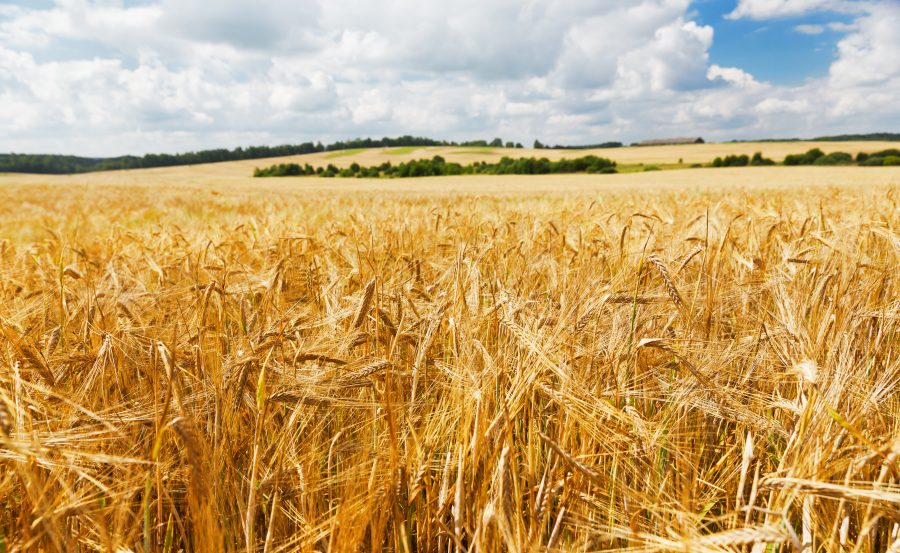 Nearly everybody comments daily about the war in the Ukraine. I try to report grain market fundamentals in this column, but President Putin really is the ‘gift that keeps on giving’ to news programmes and bulls alike!

I have endeavoured to highlight the problems that the big Northern hemisphere crop is bringing close to home, plus economic recession and demand destruction caused by Covid-19. The only thing which has moved the world futures markets recently is president Putin’s rhetoric.

We had threats to close the grain export corridors via the Black Sea and then it was our price cap on their gas being supplied to Europe. Next is the move to force a referendum on the already occupied areas of the Donetsk and Luhansk, so as to annex them, because of the Russian speaking population. This is real cut and paste stuff from the Hitler era when German speaking Czechs in the Sudetenland were used as the excuse for annexation. But his latest is borrowed from the First World War. It’s called mobilisation!

In 1914 the Triple Entente UK, France, Russia and the Central Empires Germany, Austria, Hungary and the Ottoman Empire faced off. Ironically Russia, albeit on our side then, again mobilised its army first. This caused a chain reaction, back then mobilisation meant a declaration of war, after which all parties were compelled to fight and we know what happened next. Winston Churchill once said “the longer you can look back the further you can look forward”.

The 300,000 reserves Russia wants to mobilise are mostly heading for the Georgian border to dodge the draft. Again history repeats itself because in 1945, with Russia invading Germany, Hitler mobilised the “Volkssturm” who were old men and boys, for much the same reasons as with Russia, the front line German army had been severely degraded. I reckon some of the Russian reserves will be about my age and whilst I have driven a tank, my main military contribution was belonging to the RAF Sport Parachute Association, so not much use in modern warfare. I suspect neither will these unwilling reservists be.

The UK has no shortage of grain and is not likely to have until the New Year and that depends upon ongoing exports of malting barley, feed barley and feed wheat. However, if you are lucky enough to have 13% protein milling wheat, you may make a £47 premium. This is because we have a mountain of hard wheat which is under 12% protein. Also, the replacement cost of German high protein milling wheat is around £375 delivered to mill. So, if you have that quality cash it in, sooner or later the miller will find a way to cheapen their grist!

Malting barley is an even more obvious sell. The World barley crop has been revised to 150 million tonnes, from 145 last year. This is based on record barley crops in the Northern hemisphere in Denmark, France, Germany, UK and Russia. Canada is now able to replenish its stocks and is exporting barley to China. Australian estimates are increasing all the time. Argentina will join in with large malting barley exports. EU and UK malting prices are too high for us to be able to compete for any third country malting barley exports. We have a barley surplus of one million tonnes, 750,000 tonnes of which is spring malting barley.

As the major UK exporter of malting barley Openfield has already started our shipping programme; but even we will have to go some to get through this surplus. Amazingly despite this there are still malting premiums of £30 over feed to be had for the New Year. Yet there is a real possibility that the malting premium will disappear completely by then as brewers are not confident about maintaining beer sales in the current economic climate. UK maltsters are now covered for barley until January. They only want to buy January to June because of excellent harvested quality; this is the year where you can hold barley that long without much risk. Brewers are covered on malt up to June 2023. You cannot rely on feed barley rising in price to provide a floor for malting because the UK has to liquidate that surplus first.

So almost any grain you have in the barn, apart from oilseed, can still be sold at a price and with a yield you could never have budgeted for! It’s back to my “needy and greedy”. With recession looming and abundant supplies, you may find the end users are not so “needy” after all, that may leave the “greedy” drinking in the last chance saloon.

A final word on Russia. Months back I wrote that maybe President Putin’s “special military operation” was to acquire a big chunk of Ukraine’s wheat production, get the world price up 100 dollars a tonne, add that to Russia’s own record 100 million tonne harvest and just make a lot of money. Maybe that will be his only victory in the end as he is running out of options and friends.

China is now saying that it would support Kazakhstan’s independence if Russia made any moves to the East. Turkey has to side with Armenia in their conflict with Russian supported Azerbaijan. Also, the Turkish president does not agree with the proposed referendums in the Eastern Ukraine. As before, only a major escalation in the war could now affect the comfortable fundamentals we have in the UK. People talk about the nuclear option, but with the three to one superiority NATO has in those weapons that does not seem likely.