ELVED PHILLIPS: Growers need to forget about the prices they could have sold at but didn’t - South East Farmer 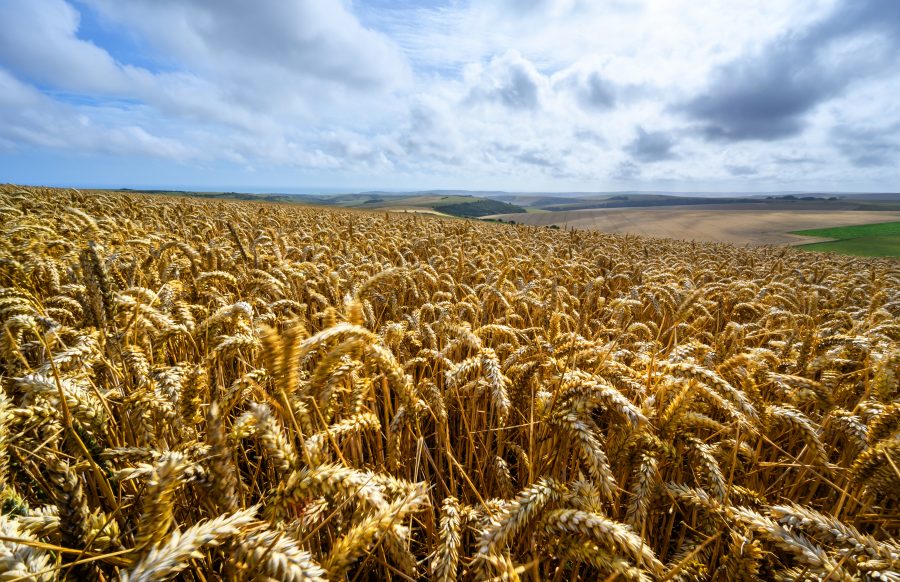 We have probably now completed the quickest harvest since 1976, which was all over by the end of June, but that’s where the similarities end. Back then, there was hardly any yield and certainly no surplus in the UK.

This is probably the best harvest since 2011 and of course, even though some prices are now lower than pre-war levels, they are still at record values and only surpassed by over-hyped prices seen in the spring of this year. The other big difference to 1976 is, of course, that we do have a big surplus of barley in the UK, at least three quarters of a million tonnes.

The wheat is less certain, but even the bulls admit to a 15 million tonne-plus harvest. So, with our need to import about 800,000 tonnes of high protein milling wheat (because we definitely don’t have that), the UK will have a 1.8 million tonne surplus to liquidate before there is any hope of feed wheat or barley improving much in price between now and Christmas.

The bulls keep recycling the scare stories about the problems of exports from Odessa and other Black Sea ports, but exports are happening. Of course they are, because it’s in everybody’s interest for that to happen. The new harvest has to go somewhere, so the old crop has to move, albeit slowly. Also, the bulls keep disbelieving the growing Russian wheat crop estimates, but the evidence (of good growing weather) in Russia and Ukraine is against them.

As I said two months ago, growers needed to forget about the prices they could have sold at but didn’t. It seems some in the merchant trade need to take heed of that as well! The values of six months ago have disappeared and will not be coming back! Of course, if China invades Taiwan who knows? But that outside chance should not form any part of your marketing strategy.

If you forget about the past six months, good values are still achievable; when coupled to the extraordinary yield most have had, these offer great opportunities from here for successful marketing. So, rather than hoping for new bullish developments in the Ukraine and Black Sea, look at the building picture around the 2023 harvest. An awful lot of rain must fall in many key production areas throughout the world before anything like a satisfactory new crop can be established. There is far more chance that a recovery in world prices will emanate from that for 2023 than from changes to the old crop situation, until the January to June 2023 position anyway.

UK spring malting barley has delivered a vintage crop of quality and quantity, the best I can recall for a long time; so have our big export rivals Denmark and France. Needless to say, the main maltster and brewer buyers have now withdrawn from the market.

As the leading UK exporter of malting barley, Openfield has already been able to secure some good export sales throughout Europe, but the UK surplus will need to be exported in all the months between now and harvest 2023. Because of the economic situation, beer sales are struggling. I fear we may reach a stage in the New Year where the malting premium disappears (with the lack of brewer buyers) and some malting may have to be sold as feed, which has happened before.

It has been suggested that some of my predictions about the market are “Nostradamus” like! Well, he prophesied the end of the world, yet my forecasts only correctly covered the loss of the war premium from the ridiculous overheated market. Trade people like to roll out the same old anecdotes like “sell the rumour, buy the fact”. Well, you could have got into a lot of trouble doing that in the fast-moving market of the past six months!

I prefer to work on good fundamentals when you know what they are, rather than sentiment or stories about locusts, La Nina, or export corridors in the Black Sea.

For the next few months, we should forget about what President Putin is going to do next, or geo-politics. Instead we should perhaps concentrate on the marketing and movement of our UK surplus!