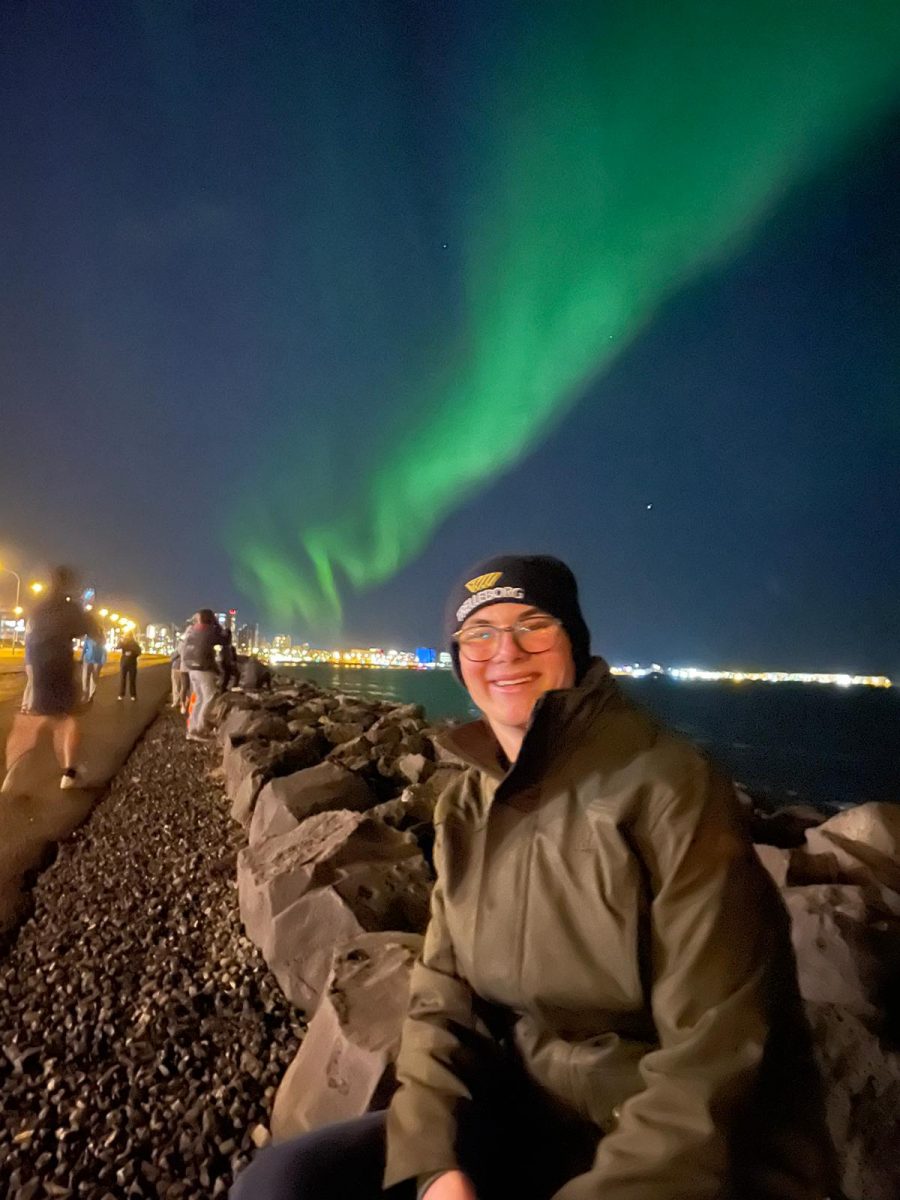 Gosh, as I sit to write this article, we appear to be quite a depleted family. Fergus has taken the opportunity to travel ‘down under’ to work on a huge family farm in Western Australia and help with the harvest. He is based 400km east of Perth in the heart of the wheatbelt. I’m sure it’s an opportunity of a lifetime for him.

University life was somewhat marred by Covid-19, so I’m convinced he will make the most of this opportunity. The farm he is working on is a mere 9,500ha and he will be driving a combine for them. He managed to meet a couple of guys on his flight who are working for Shelbourne Reynolds Engineering and were going out to Australia to carry out maintenance on stripper combine headers; it’s a small world.

When I dropped him off at Heathrow (and I must confess to not being the greatest at goodbyes) you could spot the country lad a mile off. Currently it’s 32° out there and rising.

Monty has been on a geography field trip to Iceland and managed to take a plunge in The Secret Lagoon, see the Northern lights and visit a geothermal power station. He’s also had a fantastic time.

We welcomed him back with open arms as he’s got rather big boots to fill in the next few months. Fingers crossed Fergus doesn’t like the Australian lifestyle too much and decides to reappear back at home in the next few months, too, as we are currently feeling like we’ve lost our right hand man.

The agreement before he could leave was that most of the drilling was complete and, true to his word, he worked all night for many nights.

Life back at home has been continuing at a fast pace as usual and Mr Grumpy is now back in charge of the arable side of things. This side of life will now quieten down, while the dairy continues 365 days a year. Climate check for our milk company has also been completed; being a mixed farm has become advantageous, or so it would appear.

There is a growing realisation that as dairy farms expand they become increasingly reliant on purchased feed and can struggle to manage the amount of manure produced by a larger herd. Meanwhile arable farmers are becoming increasingly interested in improving soil condition using organic manures.

One way forward is for arable and dairy farmers to work together to share waste products such as straw and slurries, transferring nutrients to the places that they are required, such as arable fields. This collaboration can cut costs for both enterprises and avoid nutrient leaching and damage to the environment.

The advantages of this kind of collaboration in which both farming systems complement each other include:

Outside our own news, the world appears to have gone mad. I thought I might leave politics aside for this month as the Government appears to have become a complete shambles and has lost direction, Putin is (I’m not even sure it’s printable)… and the rest, as they say, is history.

Until next time stay safe and keep well.