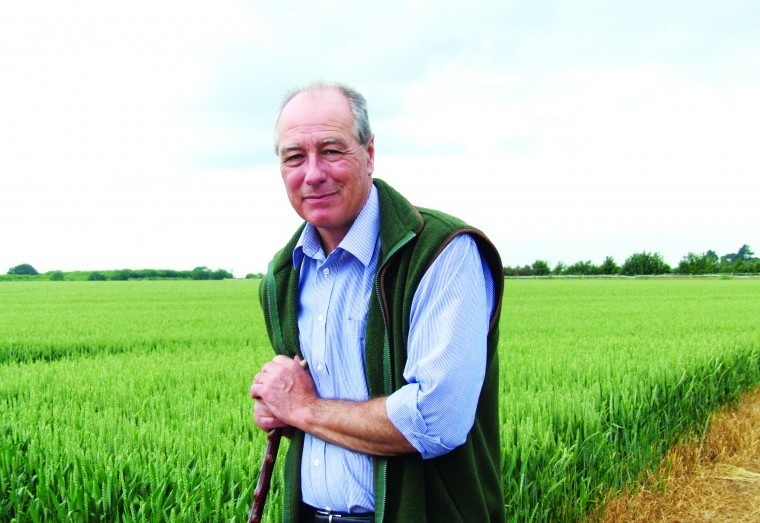 Moisture contents dropped rapidly with nearly all seed below nine per cent and a lot below seven per cent. Yields as ever vary around soil and over winter conditions. Cabernet on very heavy ground that spent a lot of the winter waterlogged averaged 3.40 tonnes a hectare with the flooded out bare patches letting the average down.

Hybrid variety Extrovert on good ground and the best looking of our crops 4.19t/ha and finally the PR46W21 at 3.74t/ha. Not record breaking but reasonable. Looking forward without neonicotinoid seed dressings for flea beetle and with some good conventional varieties coming through at lower seed cost we will be cutting back on hybrids to nearer 50% of the acreage and probably drilling rather than broadcasting behind a Simba Solo to assist with more even germination and better flea beetle control from spraying.

Not surprisingly the derogation to use a limited quantity of Cruiser seed dressing on at risk oilseed rape crops was never passed by the Cabinet and of course in the reshuffle Owen Paterson lost his job as DEFRA secretary of state. DEFRA really does seem to be a revolving door for politicians and rarely on an upward trajectory. The continual change makes engagement and lobbying a constant effort.

It matters less when the minister leaving is not sympathetic to the needs of the industry but with Owen Paterson that was not the case and he did go the extra mile on subjects he was convinced about. We will see how Liz Truss performs but as an election looms little of substance will be addressed in the next 11 months and certainly nothing controversial. A few final decisions on common agricultural policy reform implementation would be good.

Beyond comment on the prices there is little else to say about crops until we finish harvest. Prices are at harvest lows and probably the best policy for anything not sold is to cut it, put it in the store and leave it there until we get into winter for the east of Europe. As we keep seeing in the Ukraine, volatility is only a trigger finger away.

On a more personal note many of you will have heard that my father passed away peacefully at home after a short illness aged 88. He was born in 1926 and his generation saw changes in agriculture and of course the world almost beyond comprehension. Before the second world war power was the horse and steam engine or man. Sprays were rudimentary compounds crudely applied and fertiliser definitely organic and often human organic.

With the war came American built and designed mechanisation which continued post the war. Cropping was spring and hand weeded until the first broad leaved sprays such as MCPA and CMPP. As things moved on, the pace picked up and multiple applications of fertiliser and sprays led to the need for more accurate applications which initially were hand marked out with flag and measuring tape or the almost forgotten Devafoam bout markers before we got to tram line drills. Here we are today with global positioning systems and satellite navigation systems.

Machinery is what has changed farming with difficult soils being worked in spite of the weather, not with it. My father appreciated the contribution computers were making without really understanding the technology but realised the fundamental changes being brought about. He loved change, embraced it and enjoyed his whole life farming.

Finally, for me the two most iconic birds in England have always been the English partridge and the barn owl. The weather affects both but nesting sites for the barn owl have been a significant problem with so many old barns being converted and new ones bird-proofed for farm assurance.

I have often admired the owl boxes on farms such as Guy Smith’s without ever really knowing if they were successful or just window dressing. When we finished our last grain store at Down Court on the east facing sheltered side we put up two owl boxes and to my immense surprise and delight this year we have a pair of nesting barn owls and we can hear chicks inside. I can think of no finer sight than a barn owl hunting hedgerows and margins at dusk. I am not about to become a converted twitcher overnight but having seen success I would recommend a few owl boxes to anyone with a barn, which is nearly every farmer.