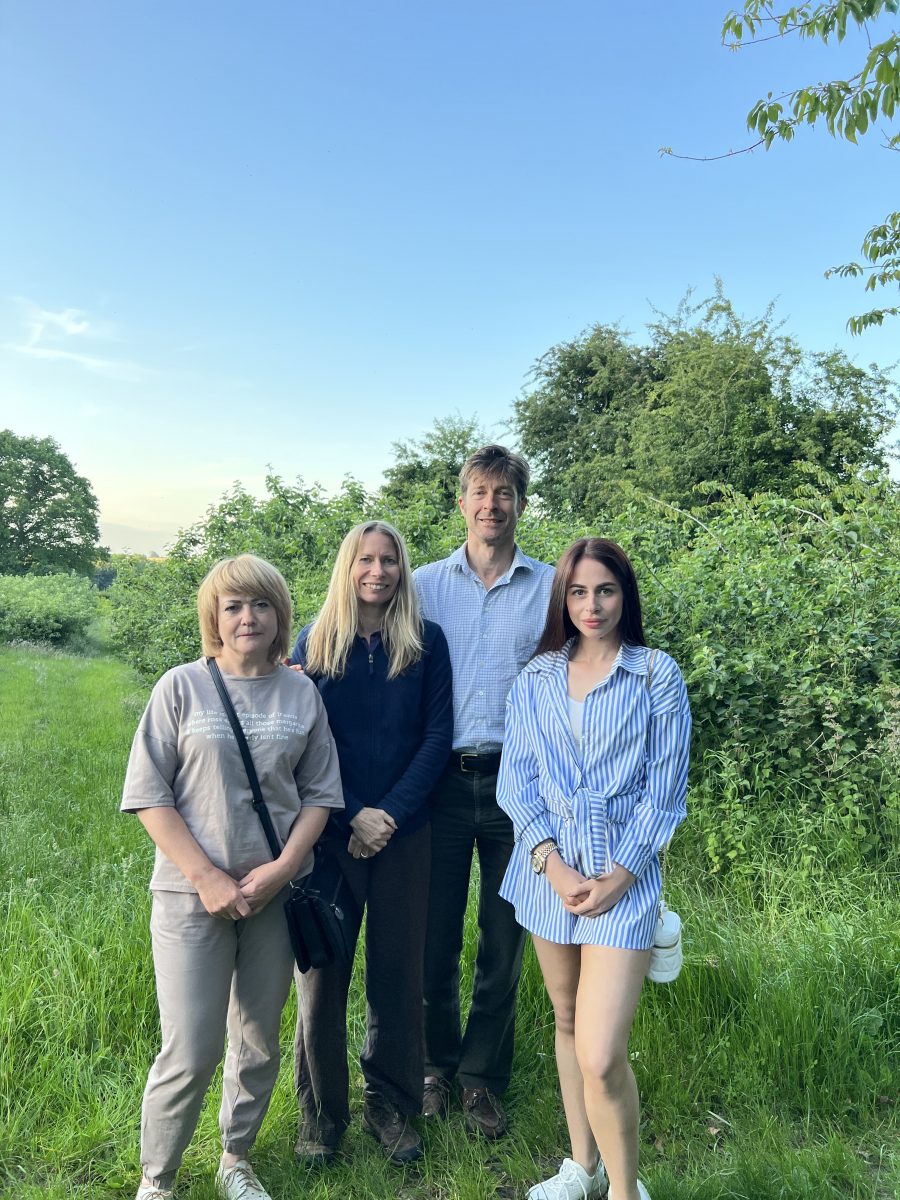 This month I had the pleasure of meeting Alla Stratan and her niece Diana Machytidze, two women who have come over to this country from war-torn Ukraine.

They arrived in the middle of the night after leaving Odessa, travelling across Europe on six trains and finally arriving in Barham four days later. Unfortunately, they found out that you can’t be a refugee in Brussels after 5pm on a Sunday evening, finding themselves stranded as the replacement bus service delayed their onward journey and the Belgian refugee service does not operate after 5pm on a Sunday (this sounds the same as the UK).

It was a traumatic journey for them both, and yet on their arrival they were full of grit and determination to find employment and pay their own way.

They met the wonderful host family they had contacted via Facebook before leaving Odessa and who helped them apply for visas. Katrina and Roland Brown and their daughters welcomed them with open arms and have made them feel so at home.

Katrina and Roland helped them to safety, though the promised money from the Government has not yet materialised. They then took them to visit a fruit farm in Bridge, near Canterbury, on Wednesday morning and by Friday they had had an induction day including health and safety policies; they started work on Monday.

I can only admire Alla and Diana and the determination they show. Google Translate has played a large part in writing this article as my Russian is non-existent.

On day one they heard that the ‘top pickers’ could earn up to £330 per day, so they were determined to be part of the ‘top pickers’ group’, which they soon joined. The aim is to send some money back home to Alla’s son Artur in Eastern Ukraine, where the rouble is now in full circulation.

Artur is attempting to start his own business in challenging times. He must now abide by Russian law. The Luhansk region has been captured by the Russians and is claiming to be an independent territory, but it is still not official and none of the Western countries are recognising this.

At present Alla and Diana have employment picking strawberries and then apples, followed, they hope, by working in town during the run up to Christmas and the January sales. Diana has completed a degree in international business management in Odessa and hopes to use this in the future.

The continuous worry over those they have left behind is unbelievable. Diana’s parents are located in the Mykoliev region in the city of Yuzhnoukrainsk. Nearby is a nuclear power plant (larger than Chernobyl) where sirens sound every hour as the area of Mykoliev has been regained by Ukraine but is continually bombarded from the sea. Living near the power station commands a sense of security as it would appear that the Russians are reluctant to bomb it.

It was one of the most exhilarating hours of my life. Listening to their life stories and how they have escaped is horrifying and heart wrenching. I can almost taste the rancid taste of continuous bombing thanks to their description of the situation. We sometimes complain bitterly about everyday life, but listening to these people makes me realise how fortunate we really are. Living in large open spaces is a blessing in disguise.

Meanwhile, here in the UK the costs are spiralling and the price of diesel is rising on a daily basis. Where will it end?

The weather has so far been generous to us while we have been silage making. Fingers crossed that it continues into harvest. The crops are looking well at the moment, although I believe that the straw could be fairly short this year. By the time you read this the combine harvester will be serviced and ready to go and so will the boys! Let us hope the price of wheat stays firm.

I must say a huge congratulations to Fergus on completing his degree with flying colours; it has been a rollercoaster three years and the end seemed to be forever in coming. For all those who are graduating after such unprecedented world conditions: the future is bright and the world is your oyster.

Monty has completed all his GCSE exams and now we face the nail-biting wait for the results. Fingers crossed he’ll achieve all that he deserves and move straight onto his A Levels.