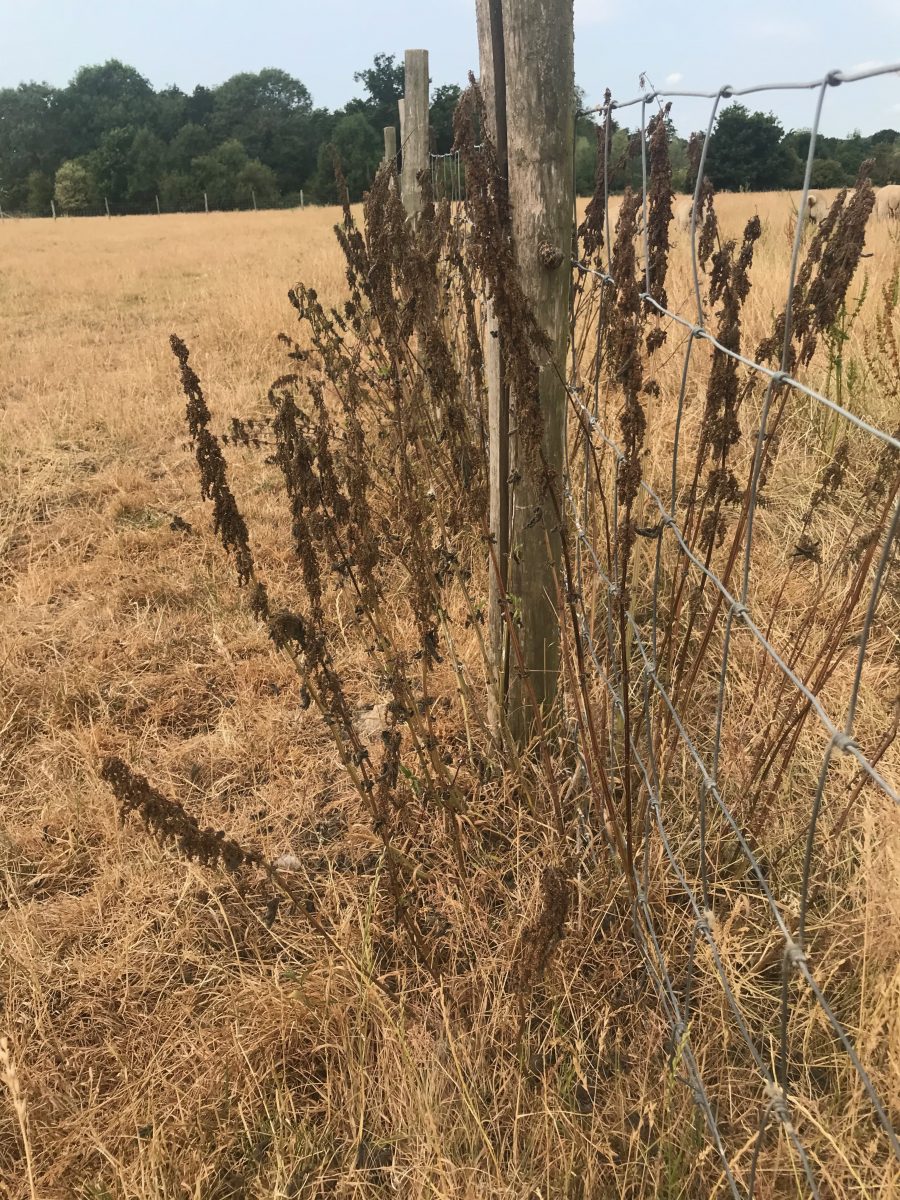 It’s that time of the year again, a time that I consider to be the start of the sheep year (writing in early August). Lambs have been weaned, ewes have settled after weaning and it’s time to think about next year’s lambing; even though it may be seven months away, it is a process which, contrary to what many think, actually starts now.

Weaning was relatively painless this year. We had a nice wedge of grass to move lambs on to, although it is now not looking quite so good; still an adequacy of grass but looking increasingly stalky and rapidly turning a lighter shade of what can only be called a yellowish brown buff, more of a standing hay crop. Despite this, with a molasses block to improve the efficiency of utilisation (feed the rumen) it should provide plenty to keep them happy and sufficient to maintain some forward movement, albeit relatively slowly.

It is amazing how the perception of dry weather is relative, depending on what one is accustomed to. I was in Yorkshire a few weeks ago and even with green fields and knee-high grass they were complaining about the dry weather, but with relatively dry weather across much of the country there is bound to be an impact on the store lamb trade. With ever tightening grass supplies, some will be eager to move lambs on, but without buyers with plenty of grass, I suspect there will be limited demand for stores, which will result in disappointing prices. In a normal year a lot of lambs move out of this part of the world for finishing in the south west, but even there the dry weather has had a major impact, albeit rather patchy.

That said, even after the recent run of very hot weather the lambs look extraordinarily well, a definite nod to the ancestry of all our domestic sheep in the hot dry climates of the Middle East; all the time they have food in front of them (belly fill at least), plenty of fresh water and access to some decent shade, sheep will do well. There is an old shepherd’s saying: “Better a roast lamb than a boiled one”, i.e. sheep will do better in a hot summer than in a wet one, something that is very apt for this season.

For the ewes there was no problem finding somewhere to keep them tight for a while to dry them up post weaning, I had a number of tinder dry paddocks to choose from; now they have dried up and with no signs of mastitis (so far), they have access to some good hay for three or four weeks now, plus their molasses blocks to stop them loosing condition.

Considering the season they have endured and the fact that they have done their lambs well (some very well), the ewes looked to be in remarkably good condition. Visually a fair proportion appeared to be just about where they should be at around body condition score (BCS) 2.5. There were, inevitably, a few poorer ones but nothing too plain and those that are at the bottom end of the scale were there for a reason, such as rearing triplets, older ewes etc. Surprisingly, once they settled post weaning and we went through them, handling more or less confirmed the visual assessment, with the majority around BCS 2.5. We just need to be able to hold them at that for the remainder of the summer and take appropriate action to address issues with some of the few plainer ones, which, sadly may result in a few more culls, but with some of them completing their sixth or seventh lambing they really do not owe us anything.

It has also been time to look to the rams, which, if anything, require a bit more time to prepare for breeding than the ewes. They have had their ram MOTs {teeth, toes, (feet), tone (condition) and testicles} and are all now getting a small daily allowance of hard feed, always very useful for a number of reasons; coming to the trough each day provides a good opportunity for close observation and to catch anything that requires attention and also helps to keep them sweet at a time when some are starting to get a bit “rammy”, plus it just puts a bit of a bloom on them before sales or going to work.

It is always worth bearing in mind that the spermatogenesis process takes about seven weeks, so when the ram is put to work, in say mid-October, that first service is of sperm that started life in late August or early September. For this season in particular, the weather may have an impact; very hot weather can significantly reduce ram fertility, so plenty of shade and fresh water are vitally important. It’s not what is happening when the ram joins the ewes; it is what was happening a couple of months ago that counts.

All too frequently, rams are ignored for ten or eleven months of the year, harnesses removed and put back into the ram paddock once they have finished work in the autumn, with a drive-by inspection some days, a bit of hay thrown at them if needed over the winter and then dragged out of the ram paddock for a bit of attention about a week before they are required to go to work the next season; and people complain that rams don’t work as well as they should and don’t last? What a surprise!

At the time of writing we are just entering our second period of hot weather alerts, with just an amber warning so far, but still a time when we need to keep a careful eye on our sheep; fortunately there is the chance of some rain on the horizon going into next week, rain that we desperately need. If we don’t get some decent rains soon there will be a significant threat to the normal and much needed autumn flush of grass, so fingers crossed.

Yorkshire and Kent at the end of July; even the nettles are surrendering in Kent