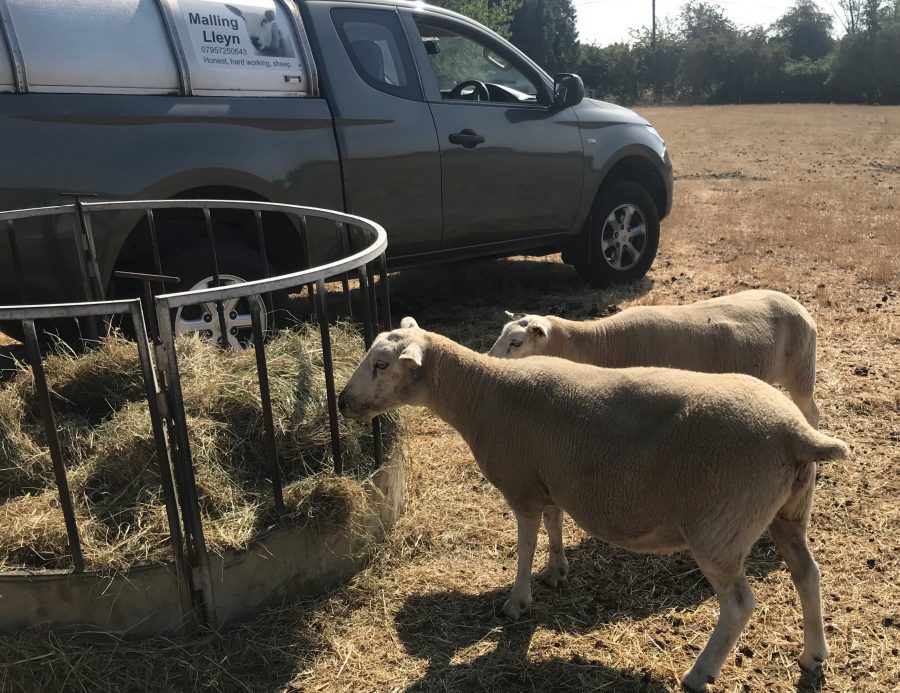 A bit of an understatement, but oh what an interesting summer. Taken in a global context we are undeniably seeing the impacts of climate change. The cause, our contribution and whether it’s the start of a longer process or a temporary blip are still debatable to some, but we have seen another dramatic shift in weather patterns.

And yes, I do remember 1976 when the drought broke on 27 August and the September and October of that year were some of the wettest on record. This year’s lack of meaningful rainfall has extended well into September and has now reached the point where there is a risk of the hoped for autumn flush of grass being severely compromised.*

I know that expectations are often predicated on hope more than reality, but generally the autumn flush does, in some part, deliver a decent, late bite of grass in September/October, providing a valuable and useful autumn bonus that is frequently relied upon to supply a vital boost to ewe nutrition in the approach to tupping; a critical time in determining both tupping success and next year’s lamb crop.

The lack of grass across the south and east of England is already having a significant impact on the sheep trade. In those areas with no grass in front of them, many buyers have been reluctant to commit to large numbers of store lambs and the lack of demand has depressed prices. The trade in breeding females has been similarly impacted, with a marked reluctance on the part of breeders to take home significant numbers of females for which they have no available grass, or certainty of any, in the forthcoming weeks. On the plus side rams seem to be trading reasonably well; if you need a new ram then you need a new ram and one or two new mouths do not represent a significant drain on scant feed resources.

To add to our woes, some meteorological experts are now predicting that we could be experiencing an emerging pattern for the years ahead, of longer summers that will extend into what we would normally consider autumn. It is rather too easy to simply dismiss such predictions as scare stories, media hype or whatever, but it is a possibility that at least deserves some consideration as to how it might impact on the way we manage our sheep and grazing, particularly at such a critical point in the production year.

Even a cursory glance at the grass growth curves on the AHDB Forage for Knowledge website shows that for the past few years seasonal grass growth, and hence availability, has deviated quite significantly from what we have all come to expect. That normal (or what we accept as normal) twin-peaked, somewhat lopsided, annual grass growth curve is barely recognisable. How well our current grass varieties are able to adapt depends very much on the precise nature of any changes and upon the factors which determine seasonal grass growth; weather has an obvious impact, but I’m sure that grass also responds to the time of the year. The magnitude and the effect of each is uncertain, as are the interactions. And it is inevitable that any long-term changes in grass growth patterns will have a major impact on the way in which we manage our sheep.

Grass breeders have taken on board changing weather patterns and have put considerable effort into developing new varieties (e.g. the Festuloliums), mixtures and forage crops (with greater drought tolerance, longer growing seasons and greater resilience) in order to mitigate the impact. Perhaps we should be thinking along similar lines; if we are going to be faced with long-term changes, a few new grass and forage crop varieties and mixes are not going to solve all our problems.

The question is what sort of shape the long term predicted (they are only predictions) changes to weather patterns might take. An extension of summer may mean a simple shift of autumn and shorter winters or a short autumn and more rapid transition into winter. And what will winter mean?  We have not seen what most would describe as a “normal winter”, for a few years. We could experience warm, open winters with grass growth extended for most of the year, or the converse with more extreme winter weather – remember March 2018. Either option will no doubt require some shift in the way we manage forages (not just grass) and our sheep, particularly in a cost climate where many producers, for sound management and financial reasons, are also seeking to make less use of expensive, purchased hard feeds and more effective use of grass and forages. The one thing that we cannot change easily (although other options are available) is the seasonality of our sheep production cycle.

Sheep undoubtedly do well in hot, dry summers as long as they have adequate feed in front of them, but who knows quite what direction future weather patterns will take? Uncertainty, however, should not be a justification for doing nothing; it is incumbent on us all to consider what influence any changes in weather patterns may have, not just on the seasonality of grass growth and how that may influence the way in which we are able to produce good quality finished lambs and breeding stock, but, also on the welfare of our charges and potential effects on future profitability.

Simultaneously, in order to maintain a thriving and sustainable sheep sector into the future, we need to explore suitable and appropriate measures that may be developed and employed in both mitigating any negatives and exploiting any positive impacts of climate change.

*Fortunately by the time copy was submitted
(13 September), we benefited locally from a very welcome 56mm of rain. Things have definitely greened over, the ewes are more settled and autumn prospects are rather more promising, but significantly more is still required.

Pictured: Testament to their resilience and efficiency, these two ewes have both reared twins this year and are still looking good (apart from grubby faces from the molasses) even after six weeks on hay; they will be pleased to see a decent drop of rain and some fresh, green grass