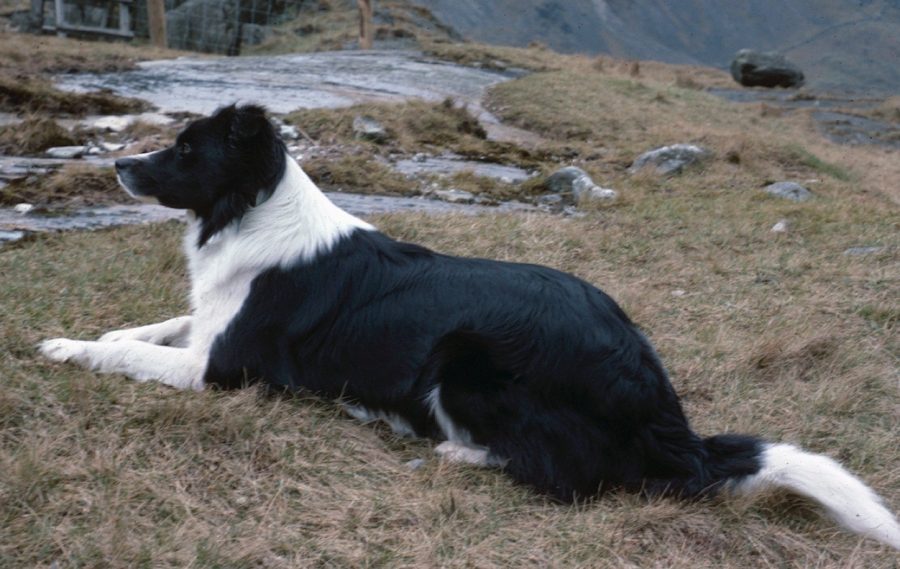 As we approach the year’s end, thoughts go back to its start. January arrived with a degree of expectation and hope, tinted with an element of uncertainty, but few would have predicted the challenges that were to come, amongst which the weather featured most prominently. Other challenges, mainly the impact of the soaring costs of energy and other inputs, compounded by political and economic indecision and confusion, have led us to the situation where we end the year with a significantly greater level of uncertainty.

Sheep keepers are, by now, largely committed to next year’s production uncertain as to what sort of market we will face next year, how much the cost of living crisis will impact on our customers and their purchasing decisions, what the impact of changing cost structures will be or in what direction government policy (as yet unclear) will attempt to steer us in; all will have an effect.

An interesting note at this point is that more farmers have, to date, applied for exit payments than for the various environmental schemes. But, however challenging the past year has been, uncertainty is no stranger to the sheep sector and it is a time to look forward and seek the positives. In doing so there is one constant that I find most reassuring; the resilience and adaptability of many within the sheep sector.

You must forgive me for a bit of a digression here, but I am sure you will see the point, eventually. At the end of October I was fortunate to attend the Lleyn Sheep Society’s AGM, which, being the 50th, was held in Llanberis, North Wales. So what does this have to do with the future of the sheep sector in the South East? Superficially nothing, but in reality everything. Personally it was good to be back in North Wales, our old stamping ground for a number of years, and it brought back many fond memories.

More years ago than I care to remember, as an agricultural student at University in Bangor I worked, weekends and holidays, on one of the university farms, typical of the region with a mountain flock and a Welsh Black suckler herd. To assist with this I had acquired a smart, young Collie by the name of Nell, who was shaping up to be quite a good, stylish worker.

Opposite the farm lived Goronwy, retired, a sheep farmer but still very keen on his dogs and a Welsh trials team member. Goronwy, eager to know what was going on, would, whenever the opportunity arose, stroll across the road for a chat, which became a bit of a ritual. At the time both Goronwy and I were pipe smokers and, after a few pleasantries in a mix of Welsh and English, he would get out his pipe, rummage in his pockets for a moment or two and then, with feigned surprise, ask if I could spare a fill (of tobacco), knowing that I would not refuse.

Goronwy was a master of packing my tobacco resolutely into his pipe, firming it down and then ramming in a bit more, now so tightly packed that he could not light it. After a few attempts at doing so he would quietly slip the unlit pipe into his pocket, complete with sufficient tobacco to provide a couple of decent smokes during the course of the day.

Keen to divert attention, he would then change the subject to my Nell. “Smart dog that“, “How’s she coming on?”, “A decent little worker” etc. but I knew exactly what was coming, inevitably. ”Do you want to sell her?”. He never did manage to buy her; in fact, when I went to work overseas for a few years; she ended up as successful hill dog in the Lake District.

The point is that Goronwy, although retired, was still very much a sheep farmer, determined to make the most of any situation; it just happened to be my tobacco. He also had a good eye for any opportunity, i.e. my Nell. Others may not be so generous in their interpretation, but Goronwy possessed the characteristics that help many sheep producers get by in difficult times, determination and the willingness to pursue opportunities as they arise.

The latter was particularly appropriate to a visit over the course of the AGM weekend to Glynllifon College, where two aspects in particular stood out; firstly that as an institution it is still very much a college of agriculture, unlike many others around the country. OK, so it is in an area where livestock farming, with a large number of family run farms, is a vital part of the local economy. It is also in the fortunate position where the value of agriculture and how important a contribution agricultural education makes to the industry is recognised and appreciated by the Senedd Cymru (Welsh Parliament).

The second outstanding feature was their capacity to innovate, innovation that is not only recognised but also appreciated and looked to by local farmers. The fact that the farm manager also happens to be the head of agriculture is, I’m sure, an important contributor to this and has led to close connections and understanding between curriculum and farm; very refreshing to see.

One recent innovation has been the decision to establish a sheep milking flock on the college farm, a process that is currently underway with several hundred of the College’s Lleyn ewes having recently been artificially inseminated with Assaf (a stabilised Awassi x Friesland milk sheep breed) semen, the lambs set to provide the basis of the milking flock. The project is part of an important initiative led by Lleath Defaid Cymru (Sheep Milk Wales), which, supported by the Senedd, has assisted with extensive research and planning and which also supports a number of other private, commercial sheep dairying enterprises in the region.

These developments recognise that sheep are not just about meat and wool. Sheep’s milk, although largely underrepresented in the UK, is an important and growing part of the global sheep sector. Globally, sheep milk production is increasing by 2.5% per year (compared with the cattle dairy sector at 1.7%), driven largely by Chinese demand, particularly for use in the baby milk market, something that has already been widely recognised by New Zealand producers.  The college has, even at this early stage, also been able to identify suitable southern European markets for lightweight lambs from the dairy flock.

Probably the most important reassurance arising from the AGM weekend, however, was the ability of 100 or so sheep producers (Lleyn in this case) to come together from all corners of the UK not just as friends but also with a common purpose and interest. Happy to share experiences, not always in agreement but with the recognition that every sheep farm is different, as is every sheep farmer; none of us has all of the answers but, I suspect, each of us has some of the answers. It is this spirit of sharing and co-operation that is one of the key strengths of our sector.

The weekend also provided a clear example of how small the sheep world is. At the conference dinner, friends, seated at a different table, called the boss over to introduce her to another guest sat at their table. The boss has her own small Herdwick flock (her choice) which, of necessity, to fit in with the Lleyn need to be MV accredited; a scarce commodity in the Herdwick world. The person she was introduced to was a Llyen breeder from just outside Glasgow who also happened to be the owner of the only other accredited Herdwick flock in the UK; it’s a small world!

Very best wishes to everyone for Christmas and for a joyous, successful and rather more certain New Year.