ALAN WEST: I do have a wish list for the year ahead - South East Farmer 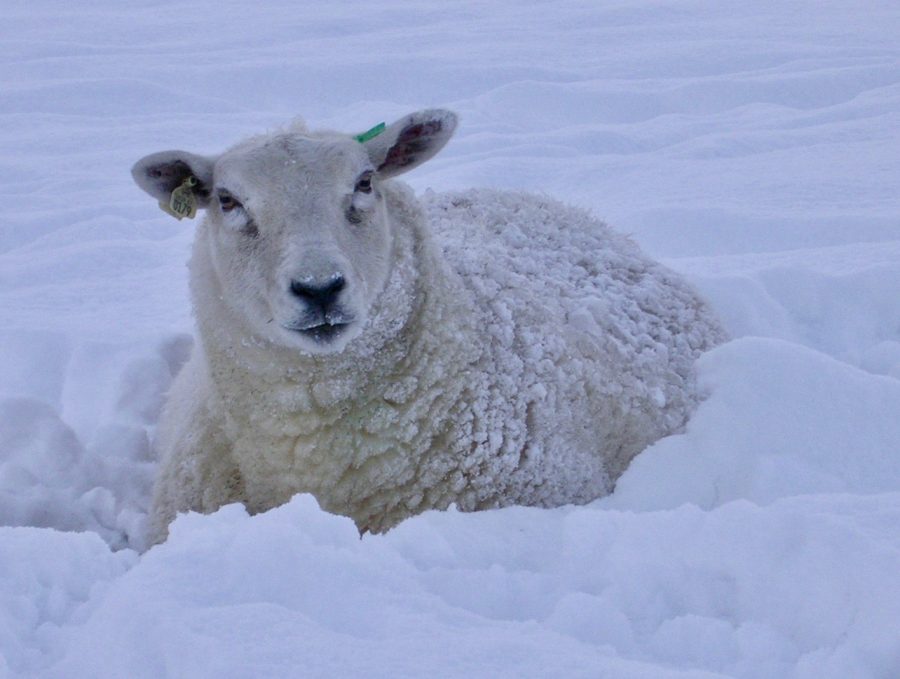 First of all, may I wish everyone the very best for the coming year; I really do hope that 2023 is a rather less ‘interesting’ and challenging year than the one that has just concluded, although I suspect this might simply be wishful thinking.

It is good to be able to look forward to a new year with a degree of positivity. Last year ended reasonably well for the sheep sector; lamb and cull ewe prices held up quite well and the warm, if somewhat wet, November ensured that, for most, there was a good bite of grass in front of the sheep, and I hope this continues. In spite of the recent cooler weather, the storage heater effect of last summer’s heat energy accumulated in the soil has, so far, kept soil temperatures up and grass growing, although the recent cold spell may just be sufficient to cool things down a bit.

On the downside, the warm autumn has unfortunately also helped to maintain high levels of worm burdens on pasture, but forewarned is forearmed as they say. Be ready with the wormer, but a good frost or two should help sort this problem.

I am not one given to new year’s resolutions, but I do have a wish list for the year ahead of us; there are some things that are so far beyond our control that there is no point including them within any wish list, fuel and energy prices and the weather, for example, but there are others that are within domestic control.

I wish that we could have some sensible government decisions on policies relating, either directly or indirectly, to agriculture and sheep production. There are currently so many areas of uncertainty that it makes forward planning much more complicated than it needs to be. On a macro level we need to have some clear government food policies and strategies that recognise the importance of agriculture not just in feeding the nation but also in the contribution that it is able to make, with clear guidance and support, to sustainability, CO2 reduction, the natural environment, biodiversity etc. We need food policies that recognise the need for stability as an essential part of the long-term future for sheep production and other enterprises.

We need an international trade policy that recognises the efforts made within the sheep sector to raise both environmental and welfare standards. So far we have trade deals that have done the sector a considerable disservice, deals that have been pursued in a desperate attempt to seek ”Brexit dividends” regardless of the cost to domestic producers.

We need a revised and sensible approach to the seasonal labour scheme, not that it has an immediate and direct impact on sheep producers, but anything that has the potential to drive food price inflation will ultimately impact on the purchasing patterns of consumers who are seeing budgets stretched in all sorts of directions. We have already seen a shift in consumption away from red meats towards cheaper white meats.

We need a review of legislation in relation to sheep worrying by dogs, an issue which, in spite of considerable publicity, is increasing, costing the sheep sector millions of pounds each year plus the considerable stress to the sheep breeders affected, the latter generally overlooked by the media. Penalties should reflect the seriousness of the problem and the impact that it has on sheep enterprises and producers.

I would even go as far as to say that we are in a position where there is a very strong argument in favour of adjustments to the legislation surrounding the use of guard dogs, which would enable producers in areas of significant problems to deploy livestock guard dogs. Just last week I met a 55kg Mareema, a big softy in reality but the sort of dog that would certainly deter most potential sheep worriers, both canine and human.

We need a sense of realism in government policy towards food, food standards, trade, the environment, etc., so if and when you ever have the opportunity to bend the ear of your local MP please do so; silence is often considered indicative of support.

On the positive side there has been some interesting work done by plant breeders in the US over the past few decades and I hope in the UK, which is now beginning to show some very positive results and commercial viability.

Plant breeders have been using wild, cereal like, perennial grasses to explore the possibility of producing varieties of perennial cereals that do not need to be re-sown each year, meaning considerable cost savings. They also have a longer growing season so are able to produce an acceptable yield with significantly lower inputs and eliminate much of the need for ploughing, with considerable benefits to soil health and carbon sequestration.

By cross breeding and careful selection, they have now been able to produce a variety of cereal suitable for bread making and brewing that has been harvested on a limited but commercial basis.

So what has this got to do with sheep producers? Quite a lot, in fact. Although aimed primarily at arable producers as a tool to help rebuild severely degraded soils, it presents exciting prospects for livestock keepers.

Consider the situation where one is able to sow a perennial cereal crop, possibly with a companion planting of clovers, to supply nitrogen needs, a crop that is multi functional and flexible; a plant capable of providing a useful cereal crop, with grain harvested and stored as any other cereal crop, either for sale or used as feed on farm, but with the added benefits of continued growth post harvest, with the capacity to provide some useful autumn/winter grazing.

Alternatively, it would be possible to eliminate the combine harvester and simply use it as an arable silage/haylage/hay crop, with the additional benefits of significant aftermath, ideal for a bale and graze system for fattening lambs or overwintering ewes.

Sadly not available for this year, but based on the rapid progress being made in the US, it could be a reality in the not-too-distant future. There are lots of positives out there, opportunities to innovate, to reduce our costs of production; how about tree crops that can contribute to sheep nutrition? They are available, there is simply a need to explore and develop their potential for our own situations.

And for a bit of interesting reading, have a look at the report produced by the Sustain organisation, entitled Unpicking food prices: Where does your food pound go and why do farmers get so little?, available online as a free download.