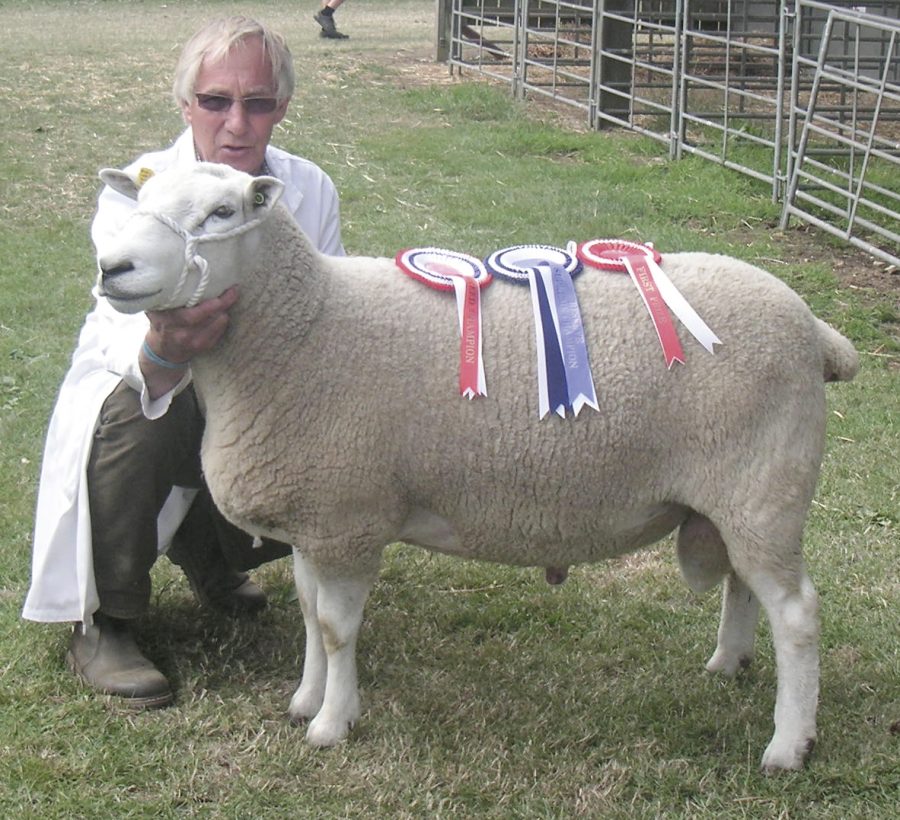 I am quite sure that not all sheep keepers will agree, but to me it’s good to see agricultural shows firmly back on the farming calendar. Show societies have struggled during Covid-19. The impact of lockdown has removed many of their sources of income, leaving some in a precarious position; the support of both showgoers and the wider industry will be key to their survival for some. It will be a huge shame to see any lost. Sadly many farmers judge shows simply as a day out for “townies”, (often a derogatory term), but it is essential to remember that agricultural shows have always been about the sharing of knowledge and, most importantly, communication.

Our shows have a long and glorious history, for some stretching back more than two centuries, returning to a time in the late 18th century when the likes of Bakewell, Townsend, Tull, Ernle and many others were driving British agriculture forward. Innovative landowners and farmers, spurred on by the advancement of the enclosures of common lands, questioned traditional practices and set about trialing and developing new crops, techniques and systems of husbandry to increase domestic food production.

It was also a period when many landowners and farmers held a contrary view, steadfastly trapped in a medieval mindset, engaged in long-established practices and, typical of farmers, regarding new ideas and techniques with a great deal of suspicion. In an attempt to remove a major obstacle to improvement and progress within the industry, some enterprising landowners established “farmers’ meets”, precursors of our shows, hoping that by demonstrating new techniques and providing opportunities for discussion and the sharing of ideas and knowledge, they could help break down some of the prejudice.

One such enterprising landowner was Coke of Holkham (of Norfolk four course rotation fame), who became an object of some ridicule for adopting new ideas on his estate; to remedy this situation and increase understanding he began, in 1778, hosting a few local farmers at his home. The events were at shearing time and were referred to as Holkham’s Sheep-shearings (one of Coke’s innovations was the introduction to the estate of Southdown sheep). They proved so popular that the then annual event was by 1818 a week long and attracted many hundreds of visitors, including many famous people not just from all over the UK but from overseas as well.

Further sheep-shearings soon ensued as other land owners took up the idea, the Duke of Bedford and Lord Egremont introducing their own at Woburn and Petworth, but all the events were true to the original ideals, gatherings for disseminating knowledge, ideas and new practices and equipment; it was the seeds sown by these Sheep-shearings that led in 1839 to the advent of the Royal Show.

It was not, however, simply about the great and the good. The Royal Show was probably the most famous but was not the first, an accolade which goes to the rather more humble Salford Agricultural Society, which held its first Lancashire Show in 1768; a show which, rather than simply being a gathering of farmers, was the first to have the secondary aim of demonstrating farming to the general public – which brings us back to modern agricultural shows.

Modern shows may no longer simply be venues for farmers to meet and do business, but they do provide an environment in which “townies” can learn a little about farming and farmers; we must remember that those townies are not just show visitors. A vital source of revenue for show societies, they are also our customers and a show presents us with an opportunity to interact and communicate directly with our customers, a valuable chance to broaden, in some small way, their understanding of our sheep industry.

After more than 30 years showing sheep, I am keenly aware of two things. Firstly the public is remarkably ignorant of just what is involved with sheep production and, secondly, many of them have a strong desire to understand more; and we can help. Their knowledge of what is a sheep is frequently poor; to many, if it’s not white and fluffy, particularly if it’s horned, it must be a goat. They have no concept of the range of breeds that we keep or why, and no appreciation of how technical and at times challenging sheep production is.

Their understanding of a shepherd is even less developed; by shepherd I mean all involved with day-to-day sheep management. I don’t like the term shepherdess; the implication is that they are something different, not quite a shepherd. I’m not being PC, that is simply not me, but, be they male, female or other, they all deserve the accolade of shepherd, an honourable and historic profession that pre-dates farmers.

I suspect that many members of the public also have a distorted mental image of a shepherd as a somewhat simple character, quite possibly wearing a floppy hat, even a smock, with a disproportionately long crook clasped in one hand and a lamb tucked under the other arm, maybe sucking on a straw. Mental images of shepherdesses are probably even worse; most will be based on rather vague, romanticised memories of nursery rhyme characters. People simply have no understanding of what we all do on a daily basis; just think of your own skills set – veterinarian, mechanic, obstetrician, nutritionist, plumber, shearer, manager, environmentalist, the list goes on and on. We should be proud of what we all do. 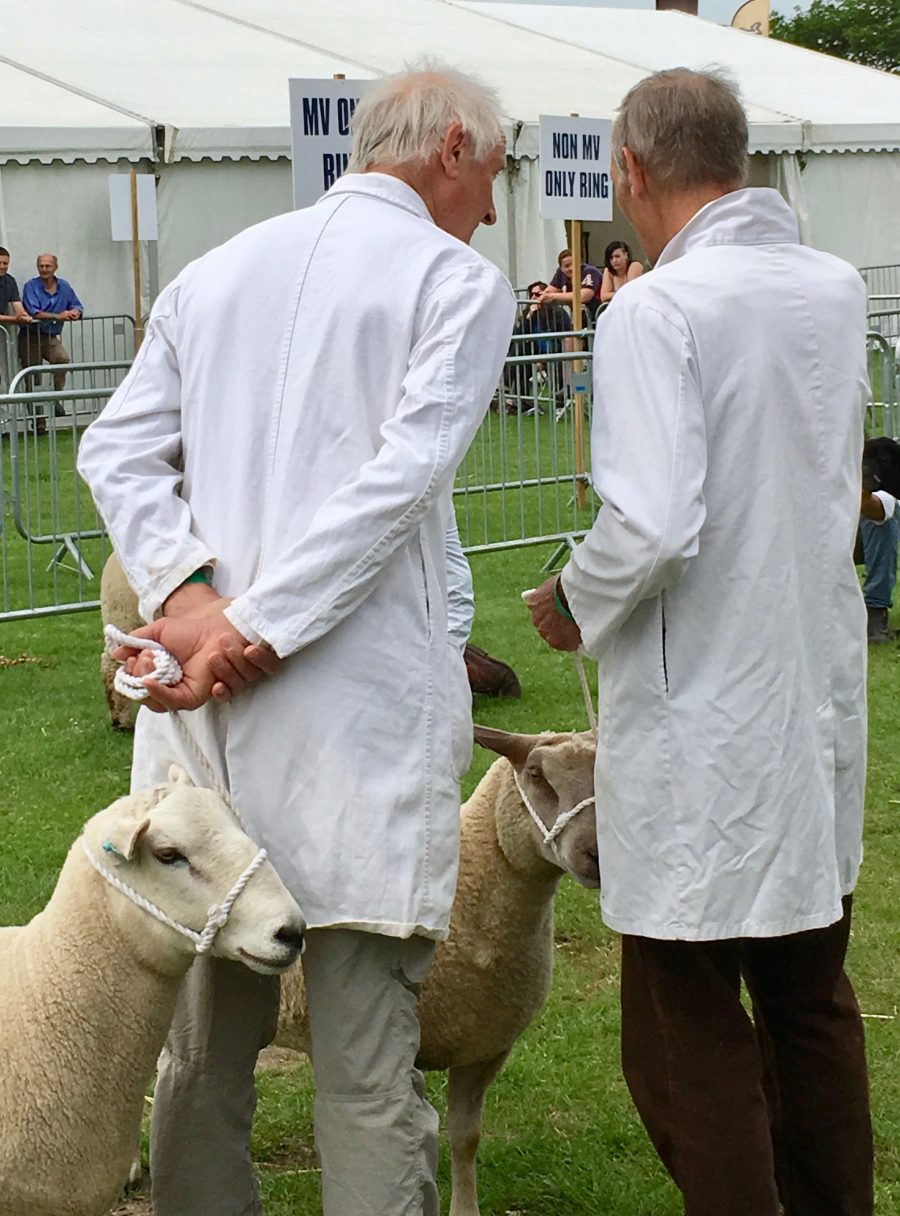