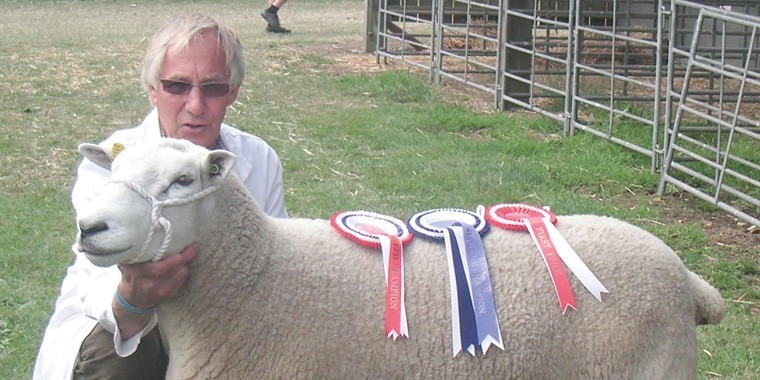 What was an abundance of grass has turned into a bit of an embarrassment. I won’t say that I have too much grass; you can’t have too much, simply more than is needed for immediate requirements. After a recent walk around the grazing platform, I reckon that I have sufficient grass in front of the sheep to last them until probably the end of August, if it went dry tomorrow. It wouldn’t be the best of grazing, ultimately some would be standing hay, but it would keep them going, which really is quite reassuring. Having so much grass in front of the sheep at this time of the year is quite a novelty; aided by some fairly quick rotation around the paddocks and judicious use of the topper I hope to be able to maintain some sort of quality, with the weaned lambs taking priority.

Despite dubious grass quality, the sheep have done well. The ewes look surprisingly well, some probably a little too well, and may need to be kept fairly tight to ensure they don’t overshoot on body condition score. It is not as if they haven’t been working hard; they have almost all done their lambs well. As is always the case some have done better than others, but there are none that I would call poor lambs. The first draw of some Suffolk cross Lleyn lambs averaged 43kg at about 14 weeks.

I feel sorry for those that are waiting for a suitable weather window to make hay. But that’s farming. There is nothing that we can do to influence the weather, in the short term at least, and there is little point in worrying about things over which we have no control. Easy to say but, I’m sure, not quite so easy to live with, particularly if you happen to be a contractor with customers all demanding your services at the same time once we do get a suitable weather window. People will just need to be patient and understanding.

Lamb prices have come back now. It was bound to happen, but they are still above where they were at the same time last year; producers have had a very good run so far this year.

There is also positive news on the wool front. Prices are on the way up, not where they need to be but moving in the right direction, and trade is improving, significantly more for some wool qualities than others. New Zealand wool prices are also rising, a good indicator of a better global trading season for 2021. In addition, British Wool (BW) has made significant progress in reducing overhead costs and streamlined the collection, transport and grading process, with some depots closed and a number of regional wool drop off centres established (with no onward transport costs).

Overall handling and servicing costs per kg of wool directed through BW have been reduced, giving producers a slightly bigger slice of the return for their wool. BW has also been directing more resources into the promotion of British wool to help grow the market for both British wool and products manufactured with British wool, capitalising on the growing trend among consumers to support British farm products.

There is, however, still a bit of a fundamental misunderstanding among many wool producers as to the role and function of BW, the biggest misconception being that it is a buyer of wool. British Wool is effectively an agent for producers responsible for the collaborative collection, grading and marketing of wool produced in the UK. It does not set prices, which are determined by the market, an international market, and established at the regular auctions organized and run by BW.

Covid-19 hit international trade in wool hard last year and this was reflected in global prices. The timely introduction of online bidding during lockdown has generated significant benefits, in particular ensuring sales continued throughout lockdown which has resulted in a minimal carry over of wool from last year’s clip, providing a stable base for the start of the 2021 marketing season. This useful online facility will, moving forward, be retained as an option in a more flexible and accessible marketing mix alongside the live auctions.

One of the key advantages of BW lies in the collection and grading of wool, a process that combines wool of the same grade, possibly from a significant number of individual producers, into large parcels that suit the requirements of the scouring plants. The vast majority of wool produced in the UK will begin its processing journey in one of two large scouring plants, both of which rely on high throughputs in order to be able to process at a sensible cost; they need wool of the same grade in large, 50 tonne lots, something that would almost certainly not happen without the grading and amalgamation services provided by BW. Without the economies of scale, processing costs would increase, making wool less competitive. Similarly, without the quantities of graded wool that can be supplied via BW, profitability would be significantly reduced in the scouring plants. A loss of one of these plants would reduce the domestic processing capacity by about 50%, the consequential impact of which would decimate the UK wool industry.

The whole system is closely integrated and requires the economies of scale generated by the support of wool producers across the UK. Every additional fleece has a positive, if only marginal, impact on reducing costs and increasing prices paid per kg of wool to producers. Definitely still very much a work in progress but certainly moving in the right direction and a development that certainly needs and deserves the support of producers.

At the end of last month I paid a visit to some old acquaintances at Brinsbury College, West Sussex. Brinsbury is where my formal agricultural education started some 50+ years ago in the shape of evening classes working towards and achieving (at distinction) the City and Guilds Full Technical Certificate in Agriculture, which sounds very grand, and it did provide a good basis to go onto other things. I really was sad to see the College almost shut down 20+ years ago; I can recall many people, at the time, effectively writing Brinsbury off as a centre for agricultural education. A timely take over by Chichester College, however, set them on a steady road to recovery, one link with a larger further education college that has succeeded.

People laughed when the college began to rebuild and restock with Dairy Shorthorns, a move that has proved fortuitous (probably ahead of its time). The college now has a thriving dairy herd producing relatively cheap milk, largely off grass and almost certainly presenting a better bottom line than many other herds with significantly higher milk yields per cow; it’s not always about performance. Good, imaginative leadership, an open-minded approach and a very close working relationship between curriculum and the farm really have paid dividends for the college. Like the cows, the sheep flock, based upon the Lleyn, is moving in the same direction, targeting efficiency and maximising production off grass and forage. Maintaining a, virtually closed, self replacing flock has provided opportunities for reducing vet costs and building a relatively high flock health status with the regular use of feacal egg counts facilitating a strategic approach to worm control.

To improve the size and carcass quality of lambs produced, Texel cross Lleyn ewes now form the bulk of the commercial flock. These are returned to good Texel rams to produce strong, well-fleshed lambs, 90% of which are sold as finished lambs on a deadweight basis. To keep the whole system as simple as possible, rather than relying on a nucleus flock of Lleyn ewes to provide replacements, criss-cross breeding is now being employed with alternate generations of home bred ewe tegs put to either a Texel or Lleyn ram.

Grass is not only the key to relatively low cost milk and lamb production; it is an integral part of the farm’s arable rotation. Breaking with tradition, herbal leys have now been added, replacing some of the more standard ryegrass white clover mixes. In addition, ryegrass and red clover leys now provide an excellent feed for finishing lambs post weaning, with grazing controlled behind an electric fence plus back fence. After weaning, the ewes follow the dairy cows, tidying up the grazing and ensuring a steady return in condition ahead of tupping in the autumn. Ewes are lambed indoors.

All in all, a nicely integrated system that is very much in harmony with some of the post-Brexit trends towards greener, more efficient and lower carbon livestock production. Learners also benefit from the close working relationship between curriculum and farm, with significant involvement in farm activities and ample opportunities to see good, forward thinking practices in action. All of this from a College that 20+ years ago many in the industry would have happily written off.