» Baled straw market could be overwhelmed 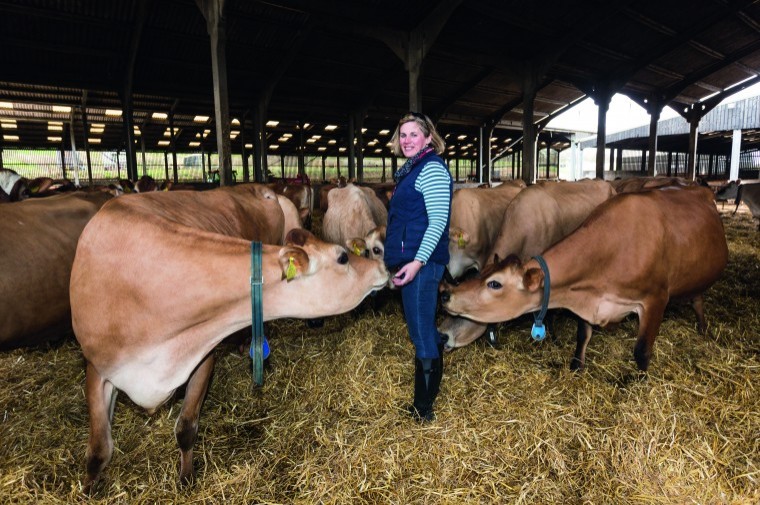 The farming year is racing through and hopefully harvest will be under way as you read this (weather dependant). The world and his wife seem to be looking at baling straw this year and I fear the market could be overwhelmed. With no export trade at the moment, straw from these parts can only go up (up country and not up in price).

If we have a good harvest the price of straw should come back to its usual levels for the time of year; if we have a difficult harvest who knows what will happen. As harvest approaches, we take time to reflect on the growing season, and the dull June will ultimately affect the yields that we gain from harvest this year. Second cut silage was delayed by three to four weeks due to the amount of rain that kept falling.

Great joy in our household as Amazon have announced a second series of Clarkson’s Farm. We all enjoyed the first series and shall look forward to the second. Jeremy Clarkson’s programme has been the best thing to promote farming in a very long time. You may love him or hate him, but you can’t fail to be drawn in. In one series Clarkson’s Farm has succeeded where Countryfile has failed for the past 25 years. Every farm needs a Kaleb Cooper or possibly a Fergus.

Zara has had an incredible month with the horses and has managed to qualify for the Pony Club Championships in all three disciplines. So, we shall be hitting the road for a few days at the end of the month. The freezer is now full with meals for the boys to heat up when they come home from work.

Exhausted is an understatement; after a week of pony club senior camp with 36 children and not a lot of sleep it can only mean one thing. Summer holidays are finally upon us… Yippee. No more school runs until September.

Meanwhile the world is slowly opening its doors again; families are either going on a staycation or potentially hoping to holiday abroad. Ted doesn’t really mind where he goes as long as he can see a combine in the distance. Breakfast, lunch and ice cream runs for us this summer, or “combine chasing” as its commonly known. There is nothing better than a fish and chip supper sitting on top of the white cliffs of Dover on a warm summer’s evening with all the harvest team.

In 2018 there were 14,000 non-fatal farming injuries and 39 deaths recorded in the UK. A training course specifically designed for farmers has been created to emphasise the importance of non-technical skills (NTS). NTS refers to “human factor” skills such as task management and situation awareness and may well form part of the Red Tractor assurance in years to come.

Farming is the most dangerous industry in the UK, with a fatality rate 18 times higher than the general industry average. Causes of death have remained broadly the same over the past five years, with being struck by a moving vehicle, injured by an animal and falling from height the most frequent causes.

Seeing the younger generation work it would appear their health and safety and attitude to work is vastly different to the older generation. Online farm safety awareness courses are a must for all farm children and adults alike. They are really informative. It certainly seems to be a new mindset for the younger generation, which is great news for the future.

Small changes can make so much difference. There is a huge feeling among the industry that children are safer in cabs, but the statistics just don’t show it. Most children have just left the cab, are approaching the cab or have fallen out of the cab when they are hurt. Not many children are knocked down in the farmyard just because it’s their play area.

The HSE is running farm safety courses again and they are very much worth the visit, even if it stops you resting the tractor tyre against the wall for later or climbing down the steps of the tractor forwards or not turning the engine off when you get out of the tractor. Please stop and think ‘child’; they’re only young once.