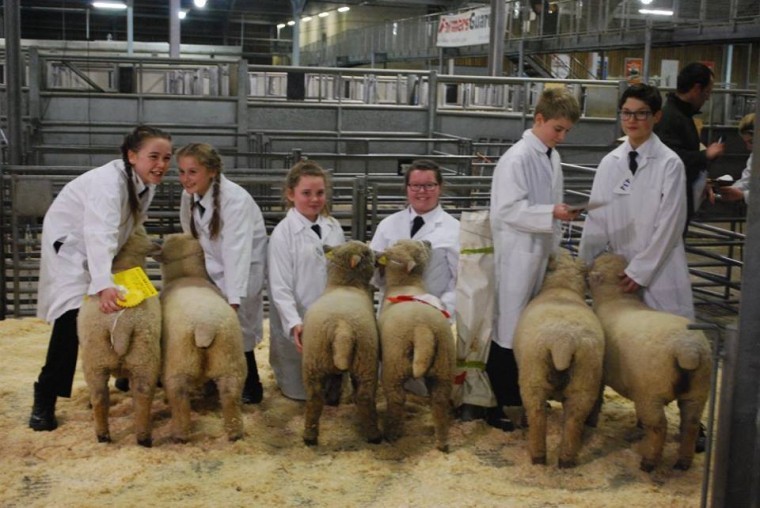 Perhaps the most pleasing sight of all at this year’s Ashford Cattle Show was not the old farmer boys with years of soil under their belts chatting away to old friends, or the auctioneer smiling because lambs are finally selling for a decent price in what seems like forever, or even the farmer’s wife whose Christmas cake was placed after years of trying. But the hoards of screeching, laughing and delighted young farmers that came with their schools to try their hand at showing.

With the young farmers section of the market buzzing with activity, children as young as 11 could be seen catching, carding and cleaning lambs that they will see through from birth to butcher.

Apart from the obvious benefits that these children will gain from such an experience, school farms and young farmers clubs can teach young people a thousand lessons in one, from running a viable business, caring for the natural environment, nurturing and respecting beasts, and that dedicating your life to the land is something to be proud of.

With 110 school farms in the UK, a number which has almost doubled in the last 10 years, Prince Charles has praised this initiative. In a speech at Riseholme Agricultural College, the Prince said: “I still feel very strongly that the school farm could play such a valuable part in introducing at an early stage the whole process of growing something or looking after an animal.
“It is absolutely clear that the most fundamental challenges the world faces over the coming years will need to be solved by those working in agriculture.”

With most of the children having no previous farming experience before they joined the schools, these young people have been given the opportunity to enter a fast-paced and exciting sector full of prospects, while learning about food production and healthy eating.

The shear delight on these childrens’ faces when them, or one of their classmates, was handed a rosette was a thousand times brighter than that of any child I’ve ever seen bearing an X-Box controller.

I couldn’t help but think, perhaps if more children spent their Monday afternoons wrestling with wayward pigs and watching the auction of lamb carcasses, perhaps the industry, or maybe even the world, would be a much better place.