» Failure has never felt so good 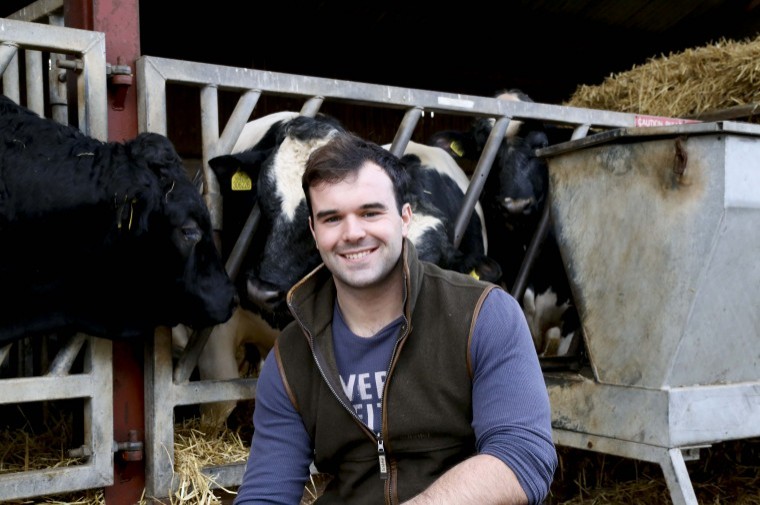 Jack Stilwell, a student at Harper Adams University, started the scheme with a target of raising £4,000 in two months. But by the end of that time, despite appearing in national publications, he had only strung together a measly £300.

However, news of this keen young beef farmer spread far and wide and just after the campaign finished Jack was contacted by a farmer in the United States who had heard about his plea for help in expanding his small beef herd.
In fact, the gentleman was so impressed with Jack’s tenacity and eagerness, he offered him the full £4,000.

“It turns out the gentleman had taken over a farm, with no previous experience and is also trying to get the enterprise up and running,” Jack said.

“In return he has asked that I share my experience with him and that if I am successful, I help someone else in the same position in the future – he said he was given a helping hand in business in the past so this is his way of paying it forward.”

The success did not end there. Another farmer from West Sussex interested in getting cattle back on his land agreed to go into a share farming project. From next summer, Jack will have 600 acres of additional farmland to manage and a 50/50 share of the cattle.

The 23 year old also used social media to get his name out there using the hashtag #GetJackFarming which caused quite a stir on Twitter, with many other farmers showing their support.

A further result from the campaign has come in the form of interest from a London venture capitalist who is looking to invest in the business as a result.

Jack, who couldn’t have been more pleased with the outcome, said: “I started this knowing that it might fail, but you can’t succeed if you don’t try. It hasn’t been easy – I have had people call me all sorts, accusing me of being a sponger and worse, but I expected that. I have been open and transparent throughout – I desperately want to get started in a career I am passionate about.”

Jack used his own money to start up the small beef herd of Hereford and Aberdeen Angus crosses and has been running an extensive system producing stores sold through Salisbury market.

Thanks to his new found friend in the US, Jack will soon be taking on 50 more acres of land and buying 10 Herefords. The share farming will start in 2015 and the pair are hoping to build up the herd to around 200.

This kind of entrepreneurial and generous attitude from both parties is what makes farming such a special and unusual industry to be in. Share farming is a fantastic way for experienced farmers to give new entrants a foothold into the industry while easing their own workload.

And if you’re wondering what happened to the £300 raised, Jack has been able to buy three more Angus calves to add to his growing herd.