» Chosen as a future farmer 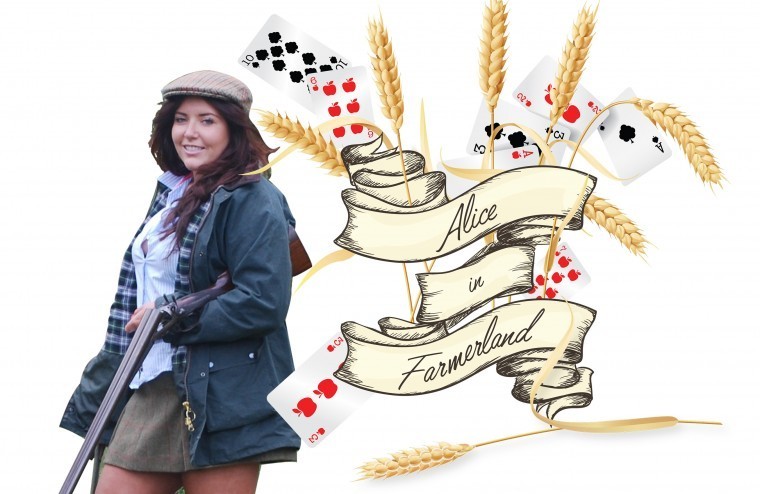 Fully organised for lambing, which starts next week, Marie has taken on the family sheep enterprise single handedly, which has been in her family since the 1700’s.

With 280 breeding ewes over 300 acres, the farm was compulsory purchased by the Ministry of Defence (MOD) in 1979 and Marie is trying to secure a tenancy for her future.

Recently chosen as one of Tesco’s future farmers in their Future Farmer Foundation, and a young ambassador for the National Sheep Association (NSA), Marie is passionate about teaching the public why farming is so important and now she’s trying to encourage other young farmers to do the same.

“Both the NSA and Future Farmers courses have really helped me in not just the development of the business but also my personal development,” she said. The Future Farming Foundation gave four intensive sessions and allowed me to step back and see what I was trying to achieve, because what motivates me is probably quite different from what motivates my parents.”

The training which Tesco offer is tailored to a participant including a bursary for each to use to develop their idea. Marie chose a series of short courses at Harper Adams including risk management and butchery.

Fifty people are selected every year for the scheme, with 15 being offered a more intensive course as Marie was. Applicants from all walks of life are considered including new entrants, those inheriting a farming business, and even those who might want to farm alongside a job which could be totally unrelated to the industry. Two lucky participants will also be offered an international scholarship to further their agricultural knowledge overseas.

The NSA have also provided Marie with a huge amount of support naming her young shepherd of the future in 2014 and making her a young ambassador.

Marie says: “The courses the NSA provided really taught me a lot about sheep farming around the UK, such as the hill sector. It also really helped my personal development and gave me the skills to approach people and talk to them with an amount of professionalism and confidence about how I could benefit them. I would highly recommend it to anyone.”

The NSA, who are extremely supportive of new and young entrants, are planning to host a number of tailored events for young people and new entrants in the South East.

“Support like this is incredibly important. Land is the biggest barrier to progression for young people. Older people need an incentive to retire as much as young people need a way through – you have to find a way to make it work.”

Surprisingly Marie studied a degree in environmental services at the University of East Anglia before deciding to work on the family farm.

“I didn’t know I was going to take over the farm which is why I studied something quite broad. Practical jobs like farming were never highlighted at the all girls school that I attended.”

Marie thinks farming has become more interesting to the public in recent years with the use of social media and television programmes such as Lambing Live. She is launching her own website called
www.kentshepherd.co.uk which she will use for blogging, marketing her produce, and anything else that she decides to do with the business.

“I love the idea of making money from lambs before they go to market. I would like to run courses for the public to attend and understand more about farming but it’s all up to what the MOD allows me to do. They’re being supportive about open farm Sunday which I am planning to do this year.

“Promoting British agriculture on any level is probably one thing that farmers haven’t been so good at in the past. You can’t rely on people to do it themselves: if you expect consumers or dog walkers or whoever to understand farming, you actually have to go out your way to do it. We’re now doing a really good job looking after the countryside but things like dog attacks seem to be an increasing problem for farmers, you hear about another one every week.”

Marie’s latest venture includes taking part in the Up On the Downs project. This £2.5 million Heritage Lottery funded landscape partnership scheme aims to conserve and celebrate the landscape and heritage of Dover and Folkstone.

Marie explains the project as ‘educating the public about the countryside in a non patronising manner’ with the aim to improve the link between the farming community and local people and the benefits that livestock provide.