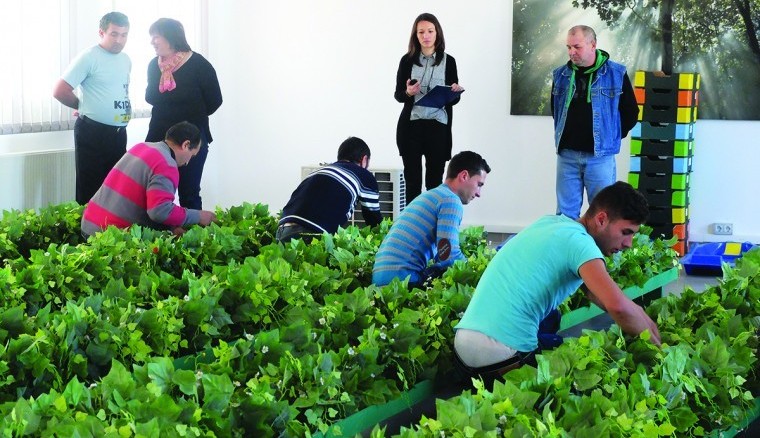 “We really just want to use our expertise to add value to the industry,” director of AG Recruitment and Management, Estera Amesz, tells me as we meet at their office near Canterbury in Kent.

Coming to the UK with Hops, a recruitment agency in 2002 as a picker on a Kentish farm during her summer break from university, Estera met Doug, an ambitious Australian who started as a picker and worked through the business to become operations manager at Gaskains Ltd.

The couple fell in love and a year later they were married. Estera was made the first overseas worker to be offered an office position and a few years later she was given the role of managing the welfare of nearly 700 seasonal workers.

Two years ago Estera and Doug Amesz set up their own agricultural recruitment company, and now have two offices in Eastern Europe along with a small team of dedicated employees. They serve a growing number of more than 50 fruit, salad, vegetable and flower growers throughout the UK, a number which has increased by more than 300% in the last year.

“We both learned so much from everything we were doing. With me managing the workers and Doug managing the harvest, we have covered the entire picture,” said Estera, who was recently made secretary of the Under 40s Fruit Growers Conference.

The couple started the recruitment agency after being turned down by recruitment agencies Hops and Concordia when they saw a gap in the market and what they describe as a frustration with the way things were being done. They felt they could change this with their years of experience, applying their knowledge and expertise to develop ideas and add value to the industry.

Our initial goal was to be recognised and to hear AG Recruitment in the same sentence as the traditional recruitment companies such as Hops and Concordia and that’s now started to happen” said Doug.

The drive and pleasure Doug and Estera get from helping growers has pushed them from strength to strength, with AG Recruitment and Management now offering bespoke training, management consultancy services, team building events and they have even developed crop forecasting software.

Read more on this visit