» Suitable for a range of buyers 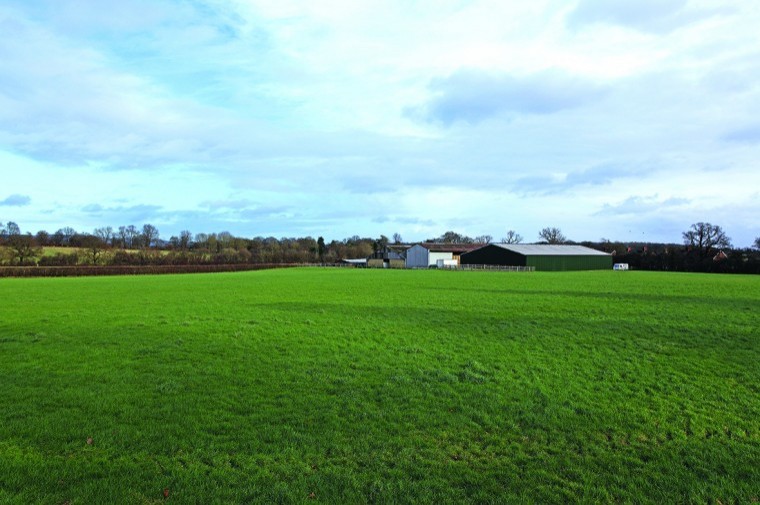 The farm extends to about 137 acres, with a range of modern farm buildings, equestrian facilities and a six bedroom farmhouse, which was previously subject to an agricultural occupancy condition, but was granted a certificate of lawful use in December 2014.

Built in about 1998, Buttons Mead Farmhouse is a modern six bedroom detached farmhouse, arranged over three floors, the accommodation is light and spacious. Next to the farmhouse lies a range of farm buildings, most of which have already been adapted for equestrian use, leaving further potential for alternative uses (subject to necessary planning consents).

The farmland lies predominantly to the west of the farmstead and extends, in all, to about 137 acres. Classified as grade three, the land is predominantly down to grass, with good sized fields and well maintained hedges, occasional shaws, ponds and approximately 21 acres of woodland, which offer great sporting potential.

Chris Spofforth from Savills Farm Agency in the South East said: “Having been granted a certificate of lawful use, Buttons Mead Farm will be of interest to a broader range of buyers – lifestyle, equestrian and agricultural. Not many opportunities like this present themselves in this part of Surrey.” Buttons Mead Farm is being offered for sale as a whole, with a guide price of £2,300,000.