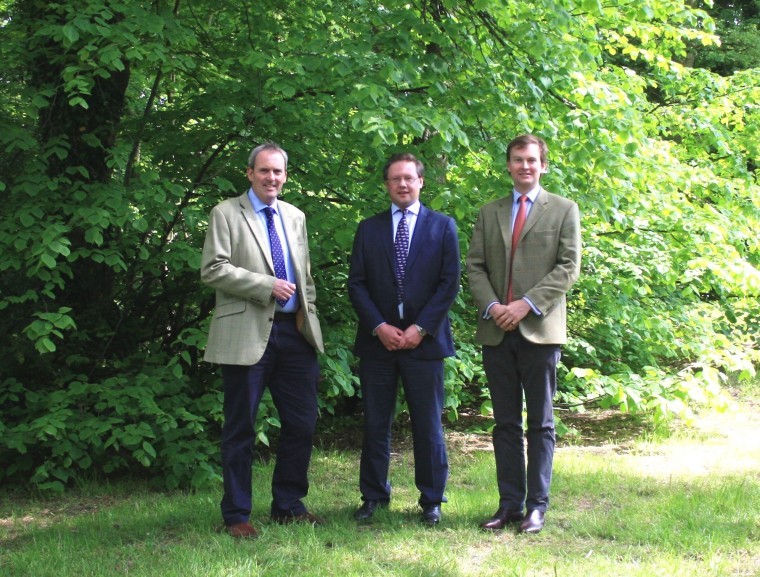 Ed Daniell has been appointed to lead farm agency at Savills Petworth office. He has worked in the Petworth area for the last five years, previously in estate management as an assistant to the manager of Brighton and Hove City Council’s agricultural portfolio.

Ed, who has recently passed his APC to become a member of the Royal Institution of Chartered Surveyors (RICS), said: “Having built up knowledge of the way that farms and estates operate and are managed over the course of the last three years, I am very much looking forward to applying that understanding to benefit the South East farm agency team and grow our presence in this part of the region.”

Richard Mann has been appointed to develop farm agency in Kent and he will be based at the firm’s Maidstone office. He previously worked in the residential sales department at Savills Haywards Heath office but his background is in rural estate management.

“I am looking forward to developing relationships with farmers and landowners across Kent and Sussex and linking up with my colleagues in Petworth and Haywards Heath to provide a joined up farm sales service across the region,” said Richard.

Chris Spofforth, Head of Savills Farm Agency in the South East, said: “Having rural offices in Maidstone and Petworth has given us the opportunity to extend Savills Farm Agency team in the east and west of our region, beyond our long established base at Haywards Heath.

“Ed and Richard are proven performers in their field and it’s a great pleasure to have them on board. Savills now has dedicated farm agents focusing on all individual counties in the South East, who are able to provide very local and personalised service which is backed up by the national and international Savills brand.”