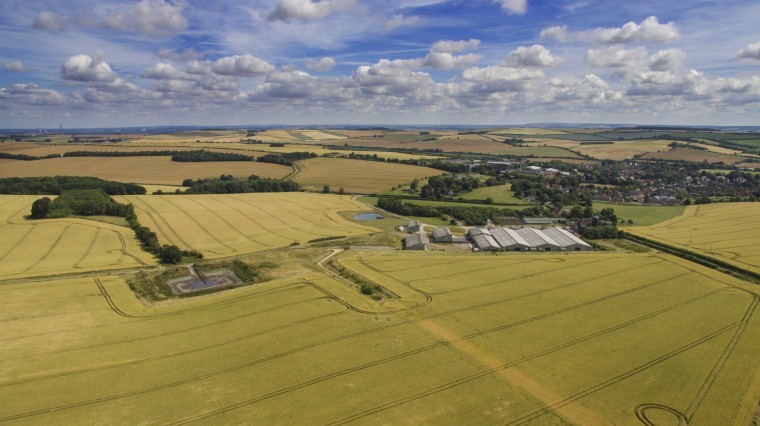 Compton was established by the Agricultural Research Institute in 1937 as an area of research on animal health and became part of the Institute for Animal Health in 1987 (now the Pirbright Institute). The farm, until recently, has been farmed by the institute with an emphasis on arable and dairy but following the relocation of the institute (and its science facilities) to Pirbright in Surrey, the vendor wishes to sell its remaining property assets in and around Compton.

There are a significant number of farm buildings over six farmsteads, including a former 560 cow dairy unit plus other livestock and general purpose buildings which total more than 235,000 square feet.

Included in the sale are 18 cottages of which the majority are let on a combination of assured shorthold tenancies and protected tenancies which have been individually lotted while the others are currently vacant.

All of the cottages will be available as individual lots. There are two commercial buildings with potential subject to the necessary planning consent to convert other former agricultural buildings into commercial units.

The estate sale is being handled by Savills on behalf of the Biotechnology and Biological Sciences Research Council which is part of Research Councils UK and who fund the institute.

The farmland is currently let on a farm business tenancy until September 2017.