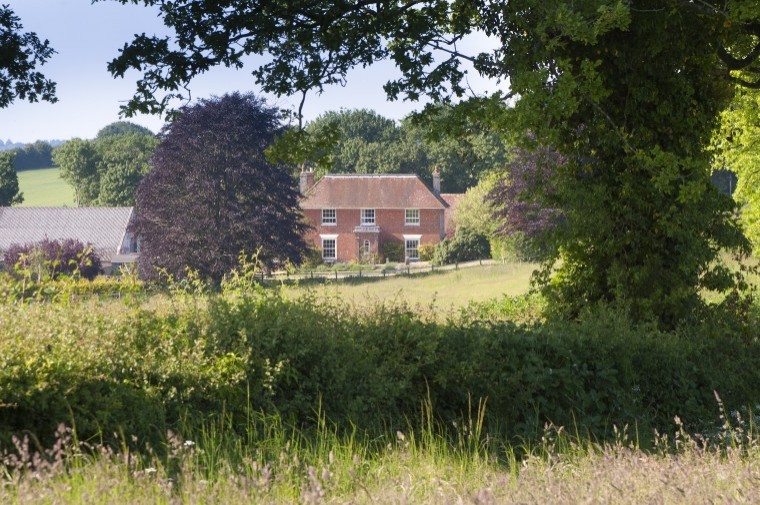 Ovington Down Farm, near Alresford, extends to about 489 acres, with a Grade II listed farmhouse, pair of semi-detached cottages and a range of modern and traditional farm buildings.

The farm was previously part of the Tichborne Estate, which had been the case for 14 generations. The young Baronet sold the farm to the sitting tenants in the 1950s and the farm has been in the family’s ownership ever since.
Ovington Down Farm is capable of producing high quality malting barley, and has won awards for both Marris Otter and Tipple varieties.

In 2013, the current owners won an award for a crop of Tipple barley, with Warminster Brewery producing a batch of local beer from the grains, named Gospel Oak.

The Gospel Oak tree itself dates back to the Tichborne heritage, with a field also named after it.

Ovington Down Farmhouse is towards the centre of the farm and it benefits from the privacy of its own land, looking out across the gardens and farmland.

The late 18th century house is Grade II listed, with a 19th century Victorian wing, and the accommodation comprises sitting room, dining room, kitchen/breakfast room, utility, cloakroom, study and games room on the ground floor, with a three bay cellar beneath. Upstairs are six bedrooms and a bathroom.

The 489 acres are made up of 457 acres of arable land, almost 18 acres of grassland and eight acres of woodland.

George Syrett, director of rural at Savills, said: “”Ovington Down Farm is in a wonderful location with excellent access to London by road and rail. It is an amenity estate at heart but with a commercial farming angle which will no doubt be of significant interest to a wide market place.”