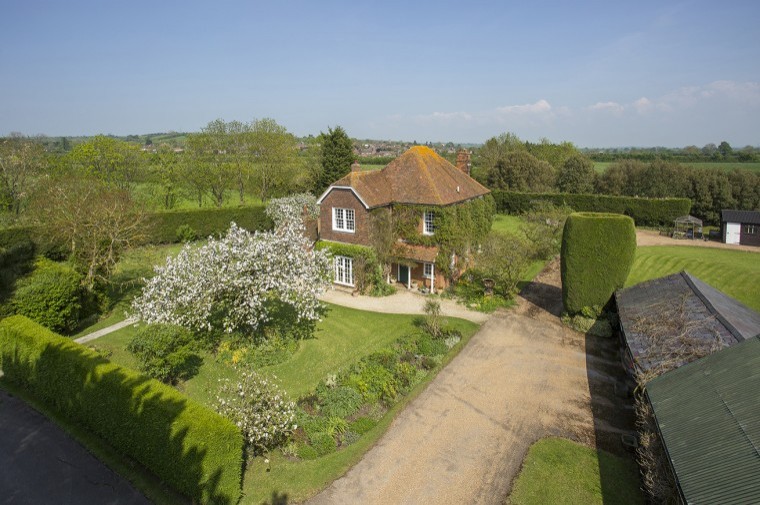 Strutt & Parker, the agents, say some of the fields have good access from the public highways with a considerable stretch of road frontage. The land is classified predominantly as grade three.

The land is all in grass and is cut for silage and grazed by sheep and cattle. Two to three cuts of silage are taken during the summer months straight off the farm.

There are two sets of former agricultural buildings all of which have been converted to form a number of commercial storage units which provide a substantial income stream.

On the left of the drive, as the house is approached are a pair of former poultry sheds. These buildings are divided into four commercial units let out. They also house the farm office and a general store for garden machinery and workshop.

Beyond are two former grain stores and cattle yards. None of the buildings are currently used for agriculture but there is scope for a change of use again should this be required.