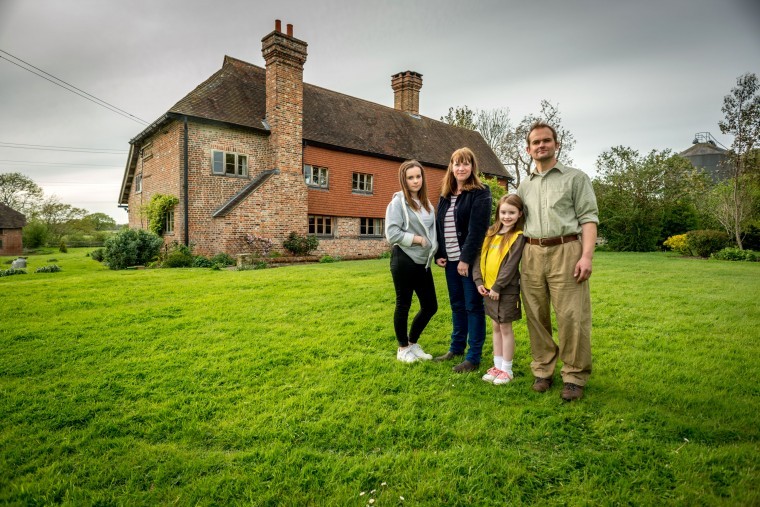 His plea came after he turned down an offer of £275 million for his 550 acre farm from housing developer Mayfield Market Towns, which wants to build 10,000 homes between Henfield and Sayers Common.

Even though Mr Worsley has had national media coverage for his ethical stand against Mayfield, he says the developer is still waiting in the wings to push its proposals through the planning system. “The whole planning regime in this country needs a radical rethink,” said Mr Worsley, who has joined the Locals Against Mayfield Building Sprawl (LAMBS) action group. “There is a big top down emphasis at the moment, and that has to change.” Both Mid Sussex and Horsham district councils – which cover the area for Mayfield’s proposed development – have rejected the plans, and they are opposed by Nick Herbert, the Tory MP for Arundel and South Downs; and Nicholas Soames, Tory MP for Mid Sussex.

Initially, agents for Mayfield offered Mr Worsley £500,000 an acre for part of Twineham Place Farm. “Later they tried to buy the whole farm,” said Mr Worsley. “The farm is in an area designed as a garden city and anticipated in a submission for a European prize.”

The submission showed Twineham Place Farm as part of an area of 4,500 acres which would be used to build the 10,000 homes. In total, some 200 landowners are affected – and most of these, like Mr Worsley, have refused to sell their land for the development: a map produced by LAMBS shows the extent of their opposition.

Like many others, Mr Worsley took part in drawing up a neighbourhood plan to guide his parish’s future development and the district councils have tried to incorporate house building into the local planning process. But the Mayfield proposal and another at Sayers Common has spoiled local consultation, he said. “The government imposing housing numbers on the districts gives the lie to any notion of localism. It is so duplicitous that it makes the democracy in the system a falsehood.”

In the Sayers Common case, an application from Woodcock Holdings Ltd for 120 homes was rejected by local people because it was not consistent with the neighbourhood plan. Woodcock appealed and the plan went to public inquiry, where an inspector ruled in favour of sustainable development. Eric Pickles, the former secretary of state for communities and local government, dismissed the appeal, but a high court judge has decided Mr Pickles’ decision was “legally flawed,” giving Woodcock the chance to make a fresh application.

Mr Worsley argues that the Mayfield and Woodcock cases show how developers can come back again and again with proposals which can blight an area for years. “People wanting to sell their homes cannot because these proposals create uncertainty. I would like a system built into the planning process like that which deals with the hostile take over of companies,” he explained. “In that case, there is a finite time for bids to be accepted or rejected – and planning proposals should be time limited in the same way.” He added that although the government’s national planning policy framework encouraged building over green spaces in the South East, the infrastructure is often not there to support housing. “In this part of West Sussex, the roads, rail links and hospitals do not exist.”