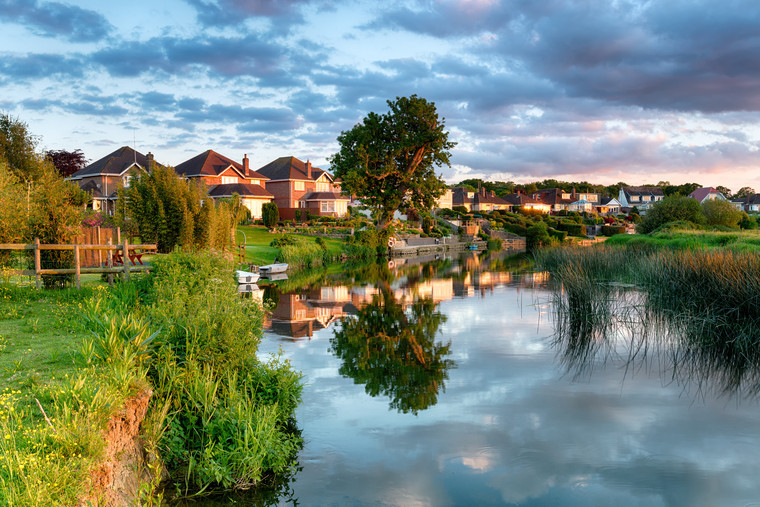 While damage to the environment caused by waste water from new homes has put a stop to housing development in many parts of the South East, the issue of ‘nutrient neutrality’ also brings new opportunities for farmers and landowners.

High levels of nitrogen and phosphate in ‘grey’ water from new homes is polluting wildlife-critical wetlands, resulting in a ban on planning permissions in areas around the Solent and in large swathes of Kent.

But while on the face of it that’s bad news for those with potential housing land, in reality it offers considerable potential for farmers and landowners who can produce offsetting schemes that allow developers to go ahead with new build projects.

The issue of grey water reaching vulnerable wetlands, where it encourages the growth of algae which absorbs oxygen, harming animal and bird life, has become a major problem.

In response, Natural England has effectively blocked all applications that would increase the amount of nitrates and phosphates reaching water courses draining into the Solent or reaching the internationally important Stodmarsh area in Kent via the River Stour – i.e. those that are not nutrient neutral.

Despite the scale of the problem, few solutions have been proposed, leaving landowners, councils, potential new home buyers and the construction industry struggling to find a way forward. In total, plans for around 20,000 homes across the Solent and east Kent have been put on hold.

While the likely long-term solution is a major upgrade to Southern Water’s waste water treatment plants to filter out or neutralise the nitrate and phosphate in grey water, that’s unlikely to happen any time soon.

Instead, the focus is on farmers taking land out of production, using fewer inputs or making developers contribute to the creation of new wetlands, something which could provide opportunities for farmers with relatively unproductive areas of poorly drained land looking for a new and environmentally friendly use.

Our website at www.batchellermonkhouse.com has a new Environmental Services section which covers a range of issues including nutrient neutrality and biodiversity net gain. It looks at how farmers and landowners can work with developers so we can build the new homes that are so badly needed in this part of the country while protecting our unique environment.

As the website points out: “Demonstrating nitrate neutrality involves calculating the nitrogen load for a proposed development and offsetting this in some way.” Tellingly, though, it adds: “Many planning authorities do not yet have offsetting schemes in place, whilst others that do cannot guarantee spare capacity for all planned developments.”

A typical offsetting scheme will involve taking land out of agricultural production and turning it into a woodland or wetland habitat. Other successful on-farm schemes work alongside productive farming activities, with both options providing nitrate credits that can be purchased by developers to enable development to proceed.
Supported by expert advice, farmers and landowners can use such schemes to earn a useful income from a developer keen to find a way to allow their project to go ahead.

Offsetting schemes can also be used as part of the biodiversity net gain (BNG) calculations that are due to be made mandatory and will aim to make sure all new developments in England leave biodiversity in a better state than it was before the diggers moved in.

The issue of nitrate neutrality first came to light when Natural England discovered that the Solent, one of the most important water environments for wildlife in the UK, was being harmed by accelerated algae growth caused by waste water from new homes and from agricultural fertiliser.

It told the Solent planning authorities that permission should not be granted unless a development could be proved to be nitrate neutral, something that immediately stopped not just new housing but any development featuring overnight accommodation.

In what could be another opportunity for landowners to benefit from helping to ease the backlog, Wessex Water has developed a scheme which pays farmers per kilogram of nitrogen saved through good farming practices.

Kent has been hit equally hard, with damage to the internationally recognised wetlands at Stodmarsh, to the east of Canterbury, leading to a ban on development that cannot be shown to be nutrient neutral across much of the county.

Batcheller Monkhouse can help identify opportunities for landowners to offer sites for nutrient-capturing schemes or to adopt less chemical intensive farming methods and take advantage of the incentives on offer.