Not offered on open market for 75 years - South East Farmer 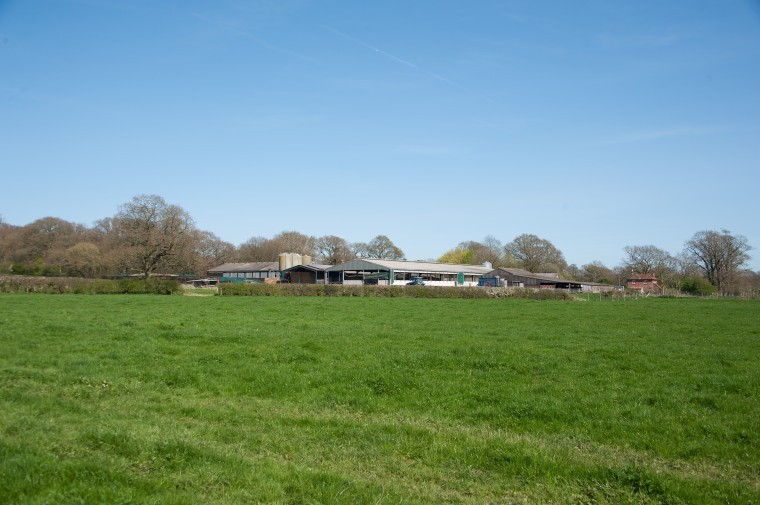 Coldharbour Farm, Chiddingly offers a great opportunity for a purchaser to acquire a 186 acres (75.3 Ha) farm that has not been offered on the open market for at least 75 years.

The family of the current vendors moved there, firstly as tenants, in the early 1940’s and later purchased it privately from the estate that had been their landlords. The farm occupies an attractive rural location yet has good access to the A22.

For the majority of the family’s time at the farm, they have run a dairy herd and it is now an ultra-modern, fully automated robotic dairy unit with two detached dwellings, a five bedroom Victorian farmhouse and a three bedroom character cottage – both properties are in need of modernisation. There is over 34,500 sq.ft. (3,205 m2) of good traditional and modern farm buildings, including four covered livestock yards, storage buildings, three workshops and dry cow housing facilities. A Sussex barn offers conversion potential and it is also considered that there could be further development opportunities – subject to obtaining the necessary planning consents.

At the heart of the farm is the impressive main dairy unit building (220’ x 50’), erected in 2013 and providing housing for a zero grazed milking herd bedded on cubicles with rubber mats. In the centre of the building is the unit’s office, W.C. and two Lely Astronaut robotic milking stations. The sweeping of fed silage and cubicle muck scraping are carried out automatically by specialist robotic systems with the effluent from the dairy housing then being discharged via underground channels to an outside slurry lagoon. Two large silage clamps in the northern corner of the farm provide forage storage for the unit.

The land is in one block. It surrounds the farm on three sides and is mainly flat with some gently undulating pastures on the northern side. The fields are mainly down to pasture with some winter barley and are divided by mature, well-kept hedges. There is good lane frontage with gate access on the eastern and northern boundaries. In total, the land extends to about 186 acres, including about 13 acres of woodland and two ponds.