» Kent estate for sale for the first time in 50 years 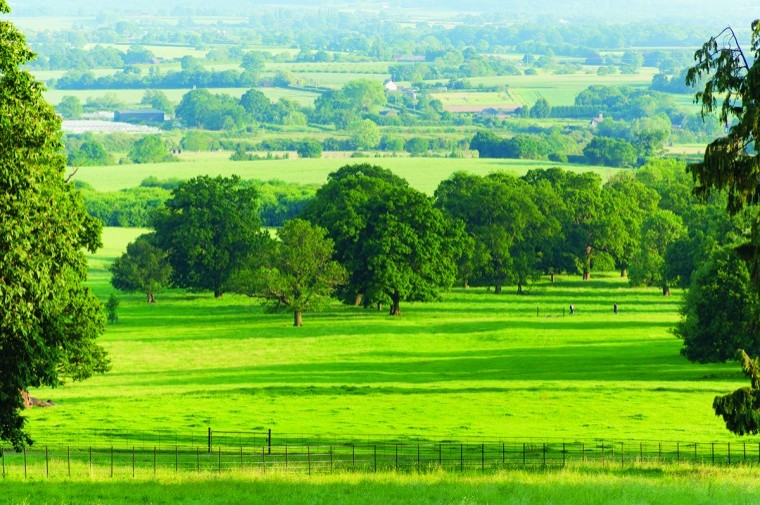 The estate stands on the escarpment of the green sand ridge with southerly views over the Kentish Weald. The main house was built in the late 1970s and is in the centre of the estate. Approached over a long private drive and hidden away from public roads, the house enjoys a high level of seclusion.

Set a little way to the west of the main house and approached by a separate driveway are three of the six cottages. These three identical houses have distant southerly views. Keepers Cottage stands at the mouth of the northern drive and the remaining two cottages are situated close to the main farm building complex, to the south of the estate.

The ancient parkland forms the bulk of the land with the remaining arable land being to the south. The home farm buildings represent a unique opportunity for redevelopment.

The land comprises about 327.15 acres of permanent pasture, arable and woodland. The remaining 18.64 acres are made up of Linton Lake, a cricket club, the farm buildings and the residential property.

Owned by the Daubeny family since the early 1960s, the estate was divided in the late 1970s when the mansion house and northern parkland was sold away into separate ownership. The original estate dates from the mid eighteenth century and much of the design and layout of the parkland dates from that time.

Further development of the estate was undertaken in the late 1800s with the building of the model farm, and more latterly the three houses were built in the early 1960s. The sale comes about due to the family relocating overseas.
The estate is for sale in up to 15 acres with guide prices ranging from £325,000 to £1 million.