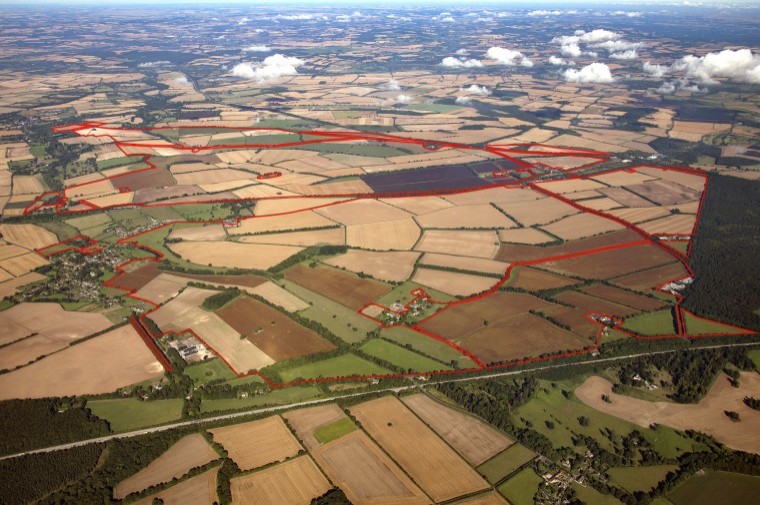 Savills is selling the estate and says this is a “significant strategic development land opportunity between Basingstoke and the city of Winchester surrounding the village of Micheldever Station to the north, from West Stratton to the east and Sutton Scotney to the west.” The estate is for sale as a whole with a guide price of £45 million.

The estate originally formed part of a much larger estate of more than 10,000 acres which was acquired over time by Lord Rank. After a change in ownership, the estate was purchased by Eagle Star, which subsequently became part of Zurich Insurance Group.

The estate includes more than 3,900 acres of predominantly grade three arable land with some pasture. There are about 128 acres of mixed woodland mainly in small blocks, belts and strips, which historically supported what was widely held to be the finest partridge shoot in Hampshire.

The land is currently all let on a mixture of Agricultural Holdings Act and farm business tenancies to four principal tenants.

There are 23 residential properties mainly let on assured shorthold tenancies, a converted grainstore for commercial storage and some allotments together with a number of small scale opportunities for development as well as the larger strategic opportunity at Micheldever Station.

The total current rent roll is £635,100 a year. The vendor, Zurich, regularly reviews the asset holdings of its with-profits fund. The latest evaluation concluded a sale of the estate was the best solution for policyholders.