» Farmland market is getting tougher 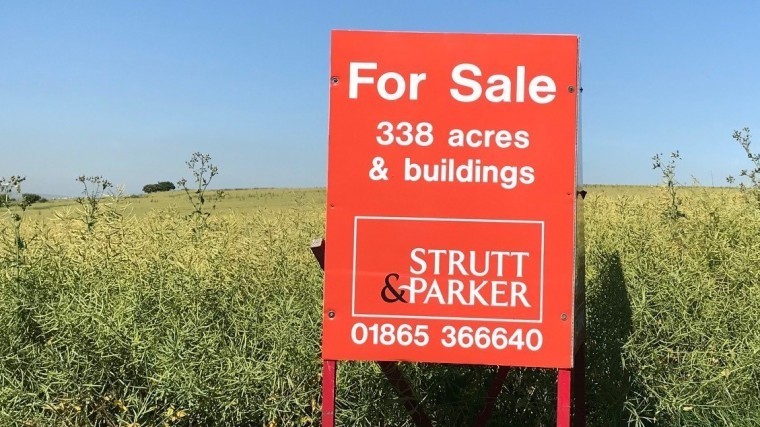 “Average prices have been relatively stable over the past couple of years, but it’s important to acknowledge they only reflect the land which has sold and you also need to be looking at what isn’t selling, to give a true reflection of the market,” says Michael Fiddes, head of estate and farm agency.

“Our figures show that over a third of the farms marketed in 2017 either remain available or have been withdrawn and these farms are obviously not factored into average prices.

“There are still farms selling incredibly well, but overall it is getting tougher. The market remains incredibly polarised with location and farm type, rather than quality, remaining the key drivers of the price achieved.

“Land is still achieving excellent prices in areas where there are tight supplies and where buyers are funding a purchase with money from outside of farming. However, in areas where farmer buyers dominate, prices can be lower.”

The proportion of farms being bought by buyers using capital made outside of farming is rising.

These investors fall into three main categories: lifestyle buyers, individuals with rollover funds from the sale of development land or those looking for an asset with long-term capital growth. To most of these investors, location is key.

Demand appears to be strongest for cereal farms, but over 40% of the dairy, mixed, residential farms and estates marketed last year remain available.

Mr Fiddes says: “That we are in this position is not unexpected, and it is one that is likely to continue until there is greater certainty about the impact of policy changes on the agricultural sector. Until then, we will be dealing with a market which is much like the weather – full of extremes.”

The Strutt & Parker Farmland Database shows supplies of land coming to the market remain tight, which will be helping to support prices. Less land was publicly marketed during the first half of 2018 than the equivalent period in 2016 and 2017.

However, the trend for farms to be sold off market or privately continues. Strutt & Parker estimates that private sales currently account for 20-25% of the market.

“We anticipate quite a bit of land coming to the market in the next few weeks, which is welcome as there is a real lack of supply in the South East. There are still good buyers out there, and ‘best in class’ farms are selling well. However, sales seem to be taking a long time to exchange. Whilst there are a variety of reasons for this, one common theme that we are seeing is onerous overage and clawback provisions being inserted into contracts which can slow progress,” says Matthew Gibson, South East region.

“The sunshine appears to helping the market with both buyers and sellers becoming more active again. In the West Midlands, the market is being driven by farmers and landowners with significant windfalls from selling development land and as a result prices have generally picked up again in the past few months. Although there has been no significant change on the supply of land coming forward, we are starting to be invited to see people who are thinking of selling in the next year or two,” says Matthew Sudlow, central region.