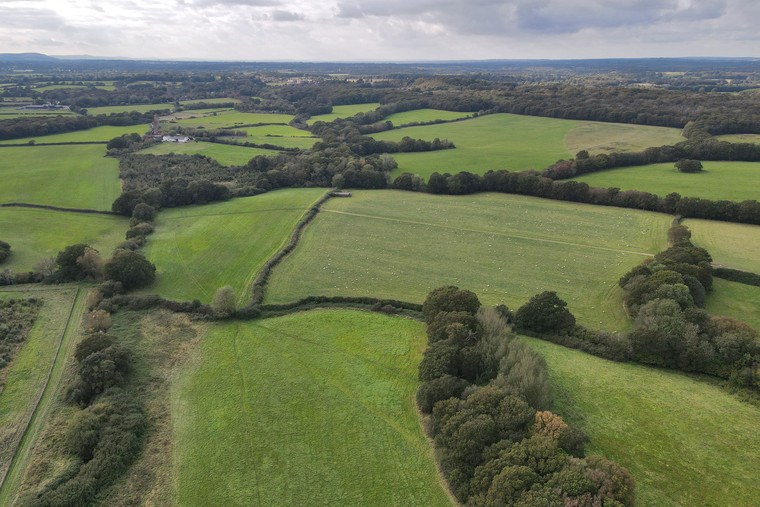 The Balneath Farmland, located between the villages of Cooksbridge and Chailey, is predominantly pasture comprising good sized fields and also includes parcels of woodland, equating to 15 acres in total, two ponds and shaws between fields that provide sporting potential.

With direct, gated access to Town Littleworth Road, the southern corner of Barn Field has a small former livestock shed, somewhat overgrown and with hardstanding to the front. The Bevern Brook runs along the southern boundary and the northern boundary adjoins Balneath Lane, a popular bridleway giving access to Markstakes Common.

Chris Spofforth, head of Savills south east rural agency team, whose team is handling the sale, said: “The availability of this land presents a number of exciting future uses. In addition to the potential it holds from a sporting perspective, the new environmental tier that has emerged in our market in recent times – encompassing natural capital, carbon offsetting and personal pursuits such as re-wilding – opens up a range of options. The land, which is under 45 miles from London, also enjoys some fine views to the South Downs including the iconic V above Westmeston.”

According to Savills rural research, around 10 per cent of the annual supply of land is historically launched in Q4, although this increased to around 18 per cent in Q4 2020, due to the exceptional market circumstances of last year. Savills anticipates that the supply in Q4 2021 of newly advertised stock will return to historic levels, which means most of 2021’s market performance should already have been accounted for.

Chris added: “Between July and October there was a continuation of the trends we have seen emerging throughout this year, demand for farmland throughout the South East is strong and the supply of property coming to the market continues to be below historic average volumes. The knock-on effect is that commercial farmland values are increasing in response to this tight supply and strong demand imbalance.”

The Balneath Farmland is being marketed by Savills.