» Couple selling most of their alpacas 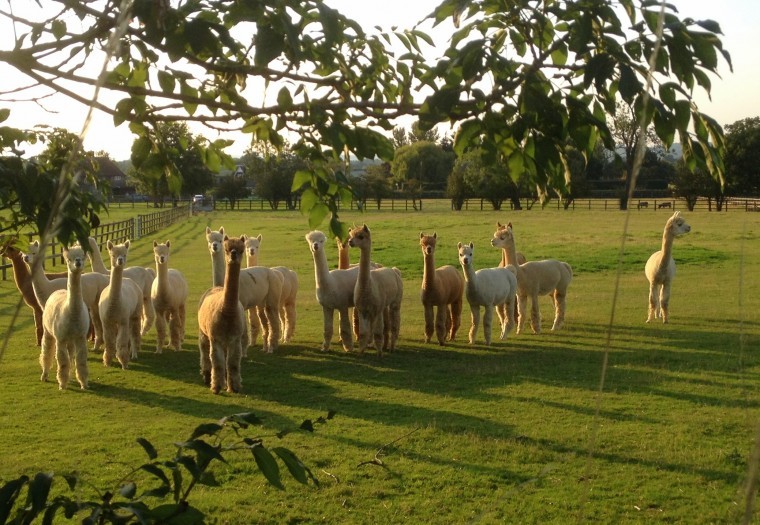 “With bloodlines including Eringa Park The Commandante, Jolimont Commisario, Jolimont Conquistador, Don Pepe of Wessex and Dovecote Jaquinto, this is a herd which we are extremely proud of,” said owners Sara and Maurice Claydon in a statement. They added that the decision to sell most of their alpacas had been taken “with a heavy heart” for health reasons.

The sale will be conducted by auctioneers Lambert & Foster at Appledene Alpacas in Marden on 21 March at 12 noon sharp. Genuine buyers are welcome to view between 10am and 4pm on Friday 20 March or on the morning of the auction itself between 9am and 12 noon sharp, when bidding will begin.

Sara and Maurice began keeping alpacas with their first six castrated males, two of which are still with them. Their next purchases, at an auction, were two pregnant females – luckily, both were female crias. Early on, the couple decided to breed quality rather than quantity and they have therefore used good quality males.

Over the years, Sara and Maurice have learned a great deal about alpacas and have given many talks and visits to various clubs and schools. Through open days and taking the alpacas out to local events, they have enjoyed seeing people’s fascination with them. They are keeping their old and favourite boys and girls, so will still take a keen interest in alpacas.