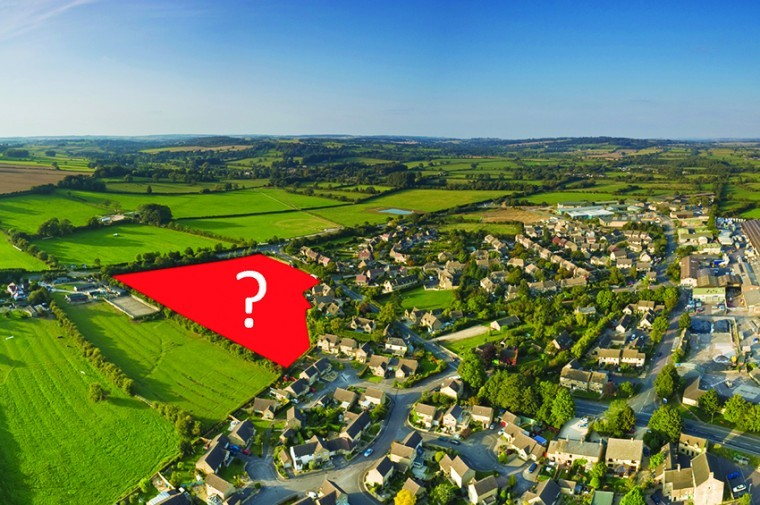 The starting point is of course a fundamental shortage of housing. The government has also clearly been keen to kick start new housing developments in an effort to boost the economy. Local authorities also had incentives such as social contributions from developers through section 106 agreements, as well as government grants with the new homes bonus.

In March 2012, the government introduced the national planning policy framework (NPPF) which changed the landscape of planning policy in this country. The theme was one of sustainability, but for the first time, local authorities were required to identify and keep an up to date, deliverable, five year housing land supply. The message was clear. Without a deliverable five year housing land supply local authorities would be vulnerable to well thought out applications, even if there was an adopted core strategy/local plan in place.

One such case study is The Wells, Stone Cross, where Batcheller Monkhouse helped in securing planning consent for 276 units on unallocated land. Many sites have consequently been brought forward for development, and government figures show that the number of new houses built in England in 2013 was the highest for six years. Further, seasonally adjusted housing starts are now 112% higher than in the first quarter of 2009.

But is it too late?

In most cases, the simple answer is no, but you should act quickly. At Batcheller Monkhouse, we are regularly consulted by landowners looking for development or valuation advice. Some are at the start of the process, have already been approached by developers and wish to secure the very best deal, under either an option or promotion agreement. Others simply believe their site has development potential, and are seeking advice on how best to promote the land. If you have tried before, now could be the time to try again. Not only does the country need housing, but rules on planning have changed and local authorities are generally more positive towards development.

Having the most appropriate developer or promotion company on side can also be a key factor towards achieving a satisfactory consent. Choosing a development partner who will allocate sufficient time and resources with the aid of an experienced and dedicated planning team is essential for a planning consent that ultimately delivers maximum value.

The first step is to carefully analyse the planning potential of the site – but as the example shows above, this is not simply about the formal planning process but also securing an understanding of how robust your local authority’s five year supply is. If you think your site has merit, then one will need to decide whether to self finance the promotion of the site and the planning costs, or to work with a development partner who will take the risk of the planning costs in return for a fee upon eventual consent.

Other than self financing, the two main alternatives are to bring in a developer or promoter under an option agreement or a promotion agreement respectively. In both cases the company picks up the professional costs and runs the planning case. If they fail to secure a satisfactory planning permission then it is their money that is lost. Of course, for taking a site on under such a basis, they will expect to make a sensible return.

A typical option agreement would require the developer to pay the landowner an option fee upon exchange, and then to promote the site through the planning system. On grant of satisfactory planning permission the developer has the right to purchase the site at an agreed price or at a discount from market value. However, the calculation of the market value and the assessment of what costs are reasonably recoverable can be fraught – indeed in one recent case our client was quoted an initial purchase price less than half the market value. Another issue which we are starting to see on less profitable/saleable sites is that of developers taking option agreements, and simply not exercising them once they get consent. The key to success is in negotiating the right terms with the right developer from the start.

On first impressions a promotion agreement may appear very similar. The promotion company similarly runs the planning case and meets all costs in achieving a satisfactory planning permission. However the key difference is that, on grant of planning permission, the site is sold on the open market. The promoter then receives a fixed fee. Under these circumstances, the landowner can more readily expect the sale to proceed as soon as the consent is granted. In effect the promoter is working with you to achieve the best sale price possible. Some developers try to imply that there is a hybrid whereby they retain the right to purchase but after some form of artificial marketing exercise. Our view is that this simply cannot work. For larger sites there can be a mechanism whereby the developer has the right to purchase the site on a fixed formula, but with the remainder of the site being sold, but such agreements require very careful handling.

Whatever route is taken, expert help is needed in negotiating the best terms and securing the right developer. It is our role to guide landowners through the process and to ensure that the developer/promoter is acting correctly. The key is maximising sale value and we will work closely with the promoter or developer to ensure that planning consent is delivered swiftly and in a way that maximises the value of the site. Before this of course, one needs to secure a proper understanding of the potential for development of any site. Our planning team are expert in this.

Since the introduction of the NPPF, most local authorities have been preparing their local plans, and importantly have been seeking to allocate new development sites. While some landowners have already secured planning consent, there remains lots of opportunity with new sites and we would encourage landowners to review once again the promotion of their potential development land sites. Without doubt, this is one of the best opportunities that we have known in 30 years to secure valuable allocations and planning permissions for residential development.