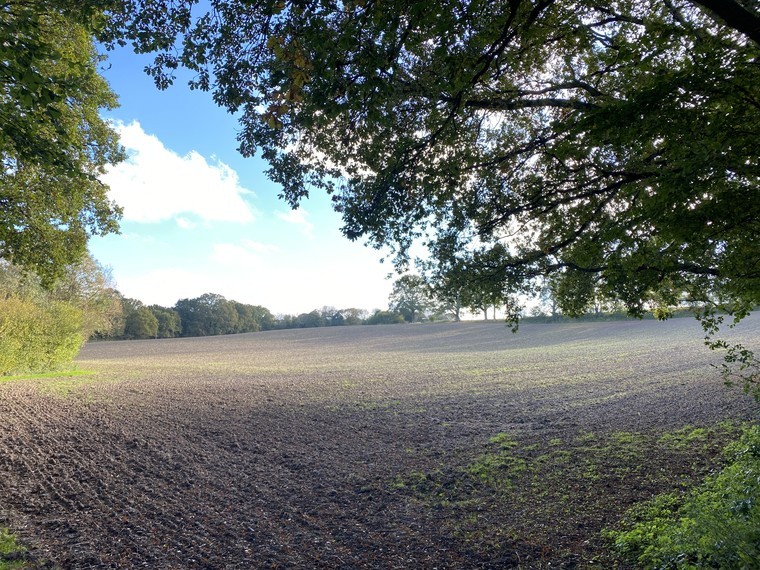 The Fillbrook Farm Land is situated in the High Weald and is bounded by Merriments Lane on the north and the B2244 to the east. The land exemplifies the rolling country of the High Weald with the farming landscaped dispersed by coppice and broadleaved woodland and shallow stream valleys.

The land consists of 206.06 acres arable land and 43.60 acres woodland, tracks and miscellaneous. It is predominantly Grade III, south facing with soils consisting of the Cranbrook and Curtisden Series of silty soils suited to arable cropping and also considered suitable for viticulture or top fruit production. It is divided into several good-sized field parcels with boundary hedges and streams. Brickhurst Wood and part of Fillbrook Wood consist of mainly mixed chestnut, alder, and hornbeam coppice under oak standards.

Sporting rights pass with the sale and there is potential for a small driven shoot, and there are duck flighting ponds at the south end of Brickhurst Wood.

Richard Thomas at BTF Partnership commented: “This is a large parcel of very useful arable land in the heart of the High Weald which is ring fenced and with good access. As much of the land is south facing it is considered suitable for viticulture or top fruit production and will no doubt be of interest to a number of potential buyers.”

The vendor has applied to enter a Mid-Tier Countryside Stewardship Scheme to commence in January 2022. Acceptance is awaited and the purchaser has the option with benefit of the scheme under their own management structure.