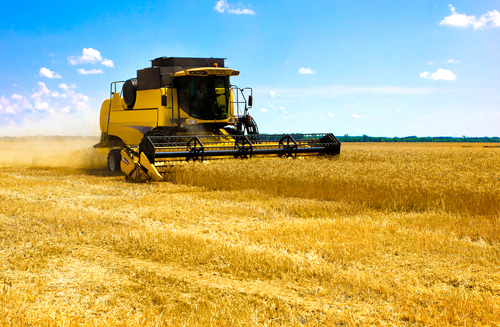 The West Country’s rural songsters have re-recorded their iconic ‘Combine Harvester’ song with new lyrics which has been paired with a light-hearted video produced by students at Moreton Morrell College. The song and video have uploaded to the internet for farmers to share on Twitter and Facebook.

While the original 1974 version dealt with love-sick farmer’s attempts to woo a neighbouring farmer, the 2015 version highlights the risks of modern day farming in a light-hearted style to bring home a serious message to young farmers.

“Farming is a great way of life but working long hours with huge machinery means you’ve got to keep your wits about you to stay safe. Oh Arr,” said Wurzel, Pete Budd.

“We’ve always had a big following from young farmers so we are horrified that there are so many accidents taking lives.” Pete continued.

Farming remains the UK’s most dangerous occupation. The latest statistics produced by the Health and Safety Executive (HSE) show 27 people died in farm accidents in the year to April 2014.

A number of factors contribute to the high accident rate, including working with high-powered machinery, livestock, long hours and coping with bad weather.

51% of younger farmers (aged 18-29) have admitted to The Farm Safety Foundation that they are occasionally prepared to take risks when doing some jobs around the farm. Worryingly, 16% said they sometimes follow instructions from someone even if they know it’s not safe.

Rob Jones, Farm Safety Foundation Trustee, said: “Whilst our video makes for enjoyable viewing, it has a serious message – too many farmers and their families are suffering as a result of unnecessary injuries or fatalities at work.

“We’re asking farmers of all ages to watch and share our video on their social media networks, and sign up to our safety pledge on our website. The Foundation is committed to helping farmers work more safely and we want to help young farmers to challenge poor and unsafe practices.”

Agricultural students from Moreton Morrell College jumped at the chance to make the video to accompany the Wurzel-inspired lyrics.

Joe Stevens, who is in his 2nd year studying for a Level 3 Extended Diploma in Agriculture, helped produce the video, said: “Even though we are just starting out in farming, we all know a family that has been devastated by a death following a farm accident.

“It was great to be part of the team working on this video – more people need to understand the power social media can have in communicating important messages in a more engaging way.”

The song and video have been produced as part of the “Yellow Wellies” farm safety campaign, which was launched by the Farm Safety Foundation in 2014.