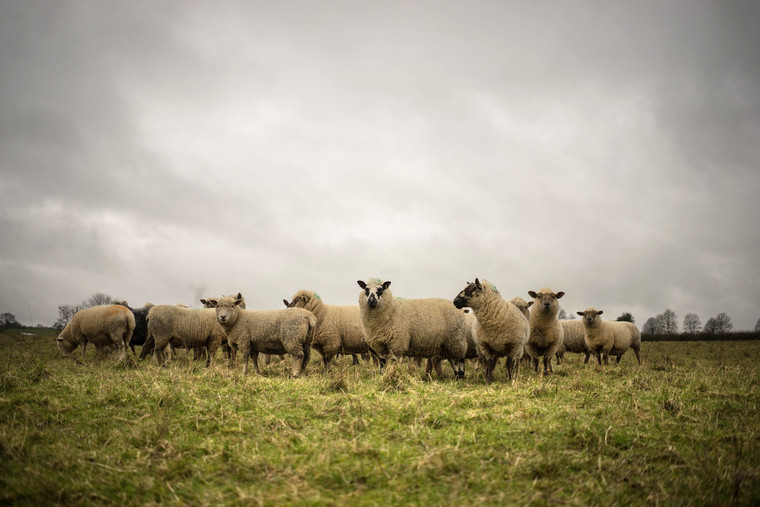 News that the UK-Australia trade deal had been finalised brought a swift and unhappy reaction from bodies representing the UK’s farmers, particularly those who fear the impact of larger imports of lamb from down under.

NFU President Minette Batters said there appeared to be “extremely little in this deal to benefit British farmers”, adding: “We will analyse the detail in full but on the face of it, this is a one-sided deal. When it comes to agriculture, the Australians have achieved all they have asked for and British farmers are left wondering what has been secured for them.

“In particular, it is disappointing that the UK government has capitulated to Australian demands to time-limit any safeguards for sensitive sectors. Despite assurances that these sectors would be afforded some level of protection, we will see full liberalisation of dairy after just six years, sugar after eight years, and beef and lamb after 15 years.”

She went on: “Just as concerning, the UK has agreed to beef and lamb quotas which will favour imports of high-value cuts, despite this being the end of the market where British farmers tend to derive any value from their hard work.

“It’s also difficult to discern anything in this deal that will allow us to control imports of food produced below the standards legally required of British farmers, for instance on land deforested for cattle production or systems that rely on the transport of live animals in a way that would be illegal here.”

Soil Association Head of Food Policy Rob Percival pursued the sporting theme, claiming the Australians had “played a blinder” and dismissing the deal as “void of common sense”, at least on the UK side.

He explained: “As British farmers are stepping up to meet the environmental challenges of this century, our government signs a deal that undercuts them. And as the British public declares its concern for animal welfare and the climate, we commit to importing deforestation-risk beef from a country ranked last out of 193 countries in the latest UN-backed Sustainable Development report.

“The logic behind the deal is difficult to discern, but it seems to be ‘free trade at all costs’, served with a side of hormone-treated cattle. We must hope that the government’s upcoming response to the National Food Strategy is more coherent and ambitious.”

The National Sheep Association (NSA), whose members face the prospect of quotas for lamb instantly tripling, from 8,000 to 25,000 tonnes per year, before rising over ten years to 125,000 tonnes, said it was “angered” by the deal.

Chief Executive Phil Stocker said his organisation was “disappointed that this deal has been pushed through and now signed without any resolution on how [quotas] could be managed in a way to limit potential damage to the UK’s own domestic trade”.

When the deal was announced in principle last summer, the NSA called for the use of a licensing procedure to manage seasonality disruption and the use of a whole carcase weight co-efficient to help manage high volumes of single and boned out cuts.

Mr Stocker went on: “We have no confidence that this licensing procedure has been or is now being considered. We are told the deal still has to be scrutinised by Parliament and the Trade and Agriculture Commission (TAC), but from recent experiences we can be sure this will be a formality rather than an opportunity for positive amendments to be made.”

He added: “NSA warned from day one that the UK sheep sector could end up being the sacrificial lamb for the benefit of other industries in a trade deal with Australia, and indeed New Zealand. I’m confident the British sheep industry is in a fit enough state to fight back when we have to, despite our standards (many of which carry costs) being ratcheted higher and higher. And fight we will, in order to maintain domestic support for our high-quality products and to access other global markets.”

The NSA later pointed out that the Department for International Trade’s own impact assessment had referred to a “reallocation of resources away from agriculture, forestry, and fishing” of around £94 million and repeated its call for “proper and urgent scrutiny of the deal by Parliament and the TAC”.

Mr Stocker said his organisation was “bemused by the continued dismissal by the Prime Minister and some of his Ministers of the detrimental impact the Australia deal will have on UK Farming” and said UK sheep farmers had been made “a sacrificial lamb to enable cheaper Australian wine to be on UK supermarket shelves”.

Looking forward, the NFU’s Ms Batters called on the Government to “set out a detailed agri-food export strategy, with complementary policies that will enable UK farmers to compete and adjust”.

She added: “I hope that MPs will now take a good, hard look at this deal to see if it really does match up to the government’s rhetoric to support our farmers’ businesses and safeguard our high animal welfare and environmental standards. I fear they will be disappointed.”