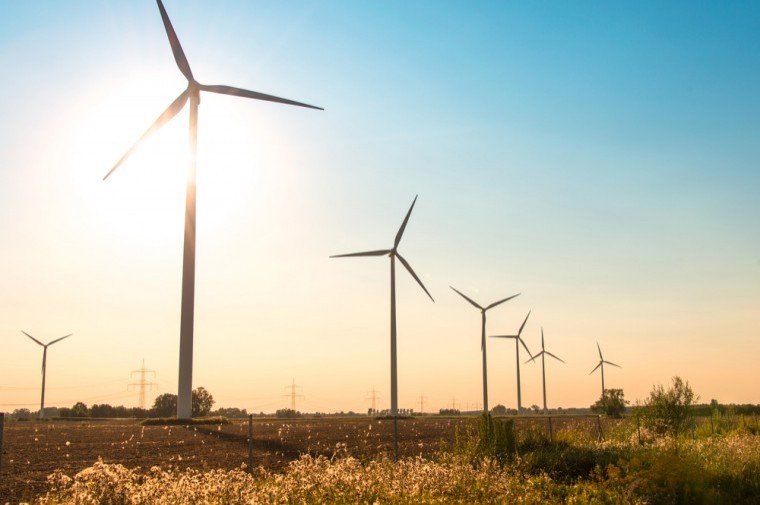 Farm-scale turbine specialist Earthmill which has over 200 turbines on UK farms has released data from its fleet showing record power generation on Tuesday 21st October.

The firm’s collective turbine output peaked at over 10.5MW, and on the same day the entire output from all UK wind turbines also clocked up a new record average of 5.39 GW contributing 16% of the UK’s power, more than the country’s nine nuclear plants (13%) and every other type of generation with the exception of gas (25%) and coal fired (34%) power stations.

A typical farm scale turbine in a high wind area can deliver up to £10,000 in energy revenues in just a month, and even more during periods of sustained high winds.

“The miserable weather we regularly see during the British winter does have a welcome side effect for thousands of farmers and landowners generating power,” said Steve Milner of Earthmill.

“Whilst high winds can make traditional farming more difficult especially in exposed locations, this is exactly the type of weather forecast that our customers can feel good about as it significantly lifts their turbine generation rates and boosts their incomes,” he added.

During the week that saw the UK’s gas fired capacity reduced after a devastating fire at Didcot B station in Oxfordshire, the data showed that UK wind power is increasingly playing an important part in the country’s vital energy generation mix.

“There is an army of farmers who have become small, independent power generators and who are now contributing significantly to the total of the UK’s power needs,” added Mr Milner.

“The subsidies provided under the Government’s Feed in Tariff Scheme are reducing, but the efficiency of the most advanced design of turbines is more than countering these reductions. That means we have crossed the line where wind is an economically viable income stream for farmers in an increasing number of locations,” he concluded.