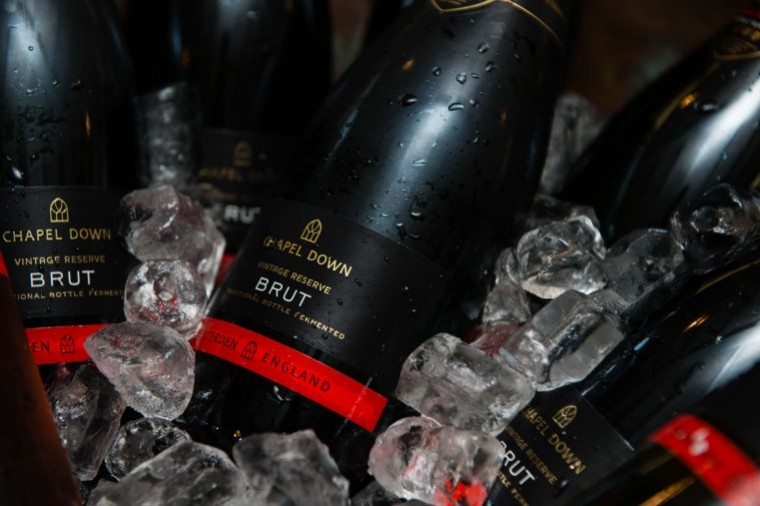 Between now and the end of the year, shipments totalling 10,000 bottles are planned. Fraser Thompson, Chapel Down’s chief executive, explained that some Chapel Down bottles had been sent to the US before to support the opening of celebrity chef Gordon Ramsay’s restaurant in The London Hotel, New York. “But this is the first time that those beyond an exclusive few will have the chance to try our wines.”

Chapel Down already exports to Japan, Hong Kong, Singapore, the United Arab Emirates, Finland, Sweden and Canada, with small amounts going to France, Holland and Belgium. “These are exclusive, small distributors looking for something very special,” said Mr Thompson. “Now we are looking for a much broader distribution as we scale up production.” Exports are already seeing some growth, with current overseas sales at five per cent of what Chapel Down makes planned to rise to between 20% and 25%.

In the US, Mr Thompson said Chapel Down had found “the right agent and structure” in luxury wine and spirit company, ABCK Corp. Chapel Down’s Three Graces and Vintage Reserve Brut will be sold in the US equivalents of Majestic Wine and in top end bars and restaurants. “”You cannot think of the States as one market, “Mr Thompson said. “It is several markets rather like China. We will concentrate on the east and west coasts.”

Mr Thompson will host a launch party at the residence of New York British consulate general, Antonia Romeo, on 11 of October. Mr Thompson and Mark Harvey, Chapel Down’s managing director, will then travel across key east and west coast states during October to introduce more and more Americans to Chapel Down wines.

Mr Thompson emphasised that the UK remains an important market for Chapel Down. “Champagne exports about 50% of what it makes, and the UK is its most important market in the world – which shows why it is so significant for us.” Speaking on the eve of releasing Chapel Down’s half yearly results, Mr Thompson said the business was selling 20,000 bottles of brut sparkling wine – one line in the production – for £4.99 when he arrived 15 years ago. “This year, we expect to sell 200,000 bottles of the same product at £20.99.”

Chapel Down has also now raised £1.75 million for its Curious Drinks brewery in Ashford, Kent, where a range of bottled drinks, including a cider and lager, will be made. A site has been secured and contracts exchanged. “We are going through planning and hope to start building next year and be ready in 2018,” said Mr Thompson. It is estimated that up to 90 people will be employed, either directly or indirectly and including warehousing and distribution.