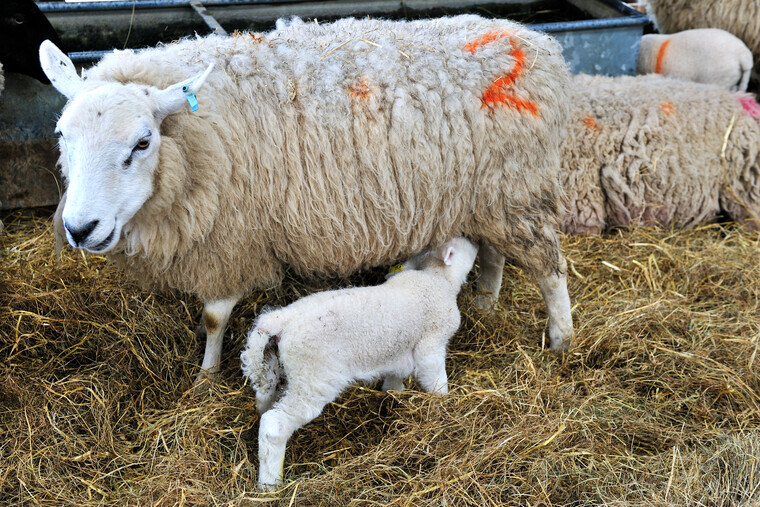 RH&W, backed by a number of UK veterinary colleges and working alongside members including the National Sheep Association (NSA), Sheep Veterinary Society (SVS) and the Agriculture and Horticulture Development Board (AHDB), is asking students to identify the prevalence of deformed lambs, an indicator of the presence of SBV.

The move has been welcomed by South East Farmer’s own correspondent Alan West, who said the survey would “serve as a timely reminder to most producers that Schmallenberg is still with us”.

Alan, who said he had heard of one local producer who had lost 60 lambs to the disease, representing a significant loss at a time when finished lambs are fetching more than £100, confirmed that there was “rising concern” among fellow sheep farmers about SBV.

Nigel Miller, RH&W chairman, explained: “SBV is a relatively new disease to the UK, first identified in 2012-13, and is transmitted by biting midges. Often the first physical impact of SBV in sheep is lamb deformities at birth and we believe that the knowledge from the survey can increase understanding of both the epidemiology and potential management of this virus.

“As studies reveal that UK flocks are predicted to be entering a phase of increased risk, we’re grateful for the support from host farms to help us work with a new generation of vet students during their lambing placements.

“We are asking them to capture data on deformities seen in lambs over the lambing period which will provide evidence for the spread of SBV and will offer a key insight into the national picture on SBV at a county level.”

RH&W was set up “to co-ordinate and focus the ruminant sector‘s drive in tackling endemic cattle, sheep and goat diseases across the UK” and aims “to influence collective action and secure the policy framework and funding required to prevent, manage or control disease and welfare challenges”.

Alan West said that while the disease had been “rumbling around below the surface for the past eight years”, this spring seemed to have seen an increased number of cases in the South East.

“With a warm, open winter, the vectors’ (Culicoides midges) activity seems to have continued throughout, unchallenged by any significant cold weather, so an increased incidence is not altogether surprising, if rather disappointing,” he said.

“I know several sheep keepers who have experienced cases this season, with in-flock numbers ranging from the odd deformed lamb to a few breeders who have suffered a bit of a Schmallenberg storm, with a significant number of lambs being lost.

“I suspect that the survey by the RH&W group will be welcomed. A raised incidence this year does not necessarily mean that we will be in a similar position next lambing season, as each year and each winter is different, but it is always beneficial to know just where the threat levels are for such diseases.

“Good disease surveillance, providing clear, accurate, readily available and current information, is always useful; if high risk levels are indicated, some may choose to monitor the situation while others may be more proactive and select the option to vaccinate their flocks, but they will at least be in a position to make an informed decision.”

The online survey closes on 16 May 2022, with students asked to complete it as soon as possible after the end of their placement. A report will be shared with vet students, host farms, and the wider industry in early summer.

During 2022, the Animal and Plant Health Agency (APHA) will again offer free testing of samples from lambs, kids and calves born with arthrogryposis and/or spinal defects. For more information speak to your vet or visit http://apha.defra.gov.uk/vet-gateway/news/20220124.html