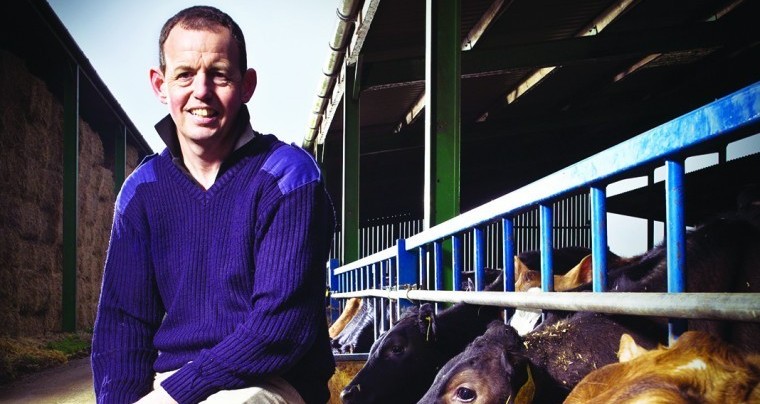 Using the gamma interferon test, Mr Christensen has lost 43 cattle: 10 were cows, 16 were bulling heifers and 17 were beef yearlings. “The gamma test is more sensitive than the skin test,” said Mr Christensen, a tenant with 640 dairy cows at Kingston Hill Farm and up to another 800 cattle at any one time on that farm and another farm 11 miles south nearer The Ridgeway.

“What the test shows is that the animal may have been exposed to the disease but has not yet developed it – otherwise the skin test would have picked it up,” Mr Christensen explained. “It may be that the animals won’t go on to develop TB. But if they fail the test, they have to be culled.”

Vaccinating cattle is Mr Christensen’s preferred route to dealing with the pain and expense of having to fight the disease. “If there was an effective vaccine, I would use it tomorrow.” But Mr Christensen and other farmers know that despite many years of promises by successive governments, very little progress has been made on a cattle vaccine. “If we can send a washing machine sized probe more than 300 million miles and land it on a comet, surely we can make this vaccine.”

For the first 40 years of dairy farming, the Christensens were clear of bovine TB. The disease first struck in 2009, and has been back on and off ever since and in total now they have lost 133 cattle. The dairy herd is a three way cross between Holstein Friesians, Scandinavian Reds and Brown Swiss. “We used to buy the occasional stock bull, but they were all TB tested,” Mr Christensen said. “None of our cattle come into contact with others from surrounding farms – and are only exposed to neighbouring cattle at one small point which is double fenced. “Our biosecurity is very sound, and we have a lot of hard boundaries.”

The assumption must be that that the disease was introduced by wildlife. There are a lot of deer on both farms, and of course badgers criss cross the land. Mr Christensen supports the current pilot badger culls but recognises that culling is unpopular. “To some degree, that is understandable. But when I was in New Zealand 25 years ago, there was a campaign to reduce possum numbers because of TB. That was very popular. The equivalent here would be if it were rats that spread the disease. If rats were being culled rather than badgers, we would have support. Is it really responsible to allow TB to spread in wildlife as well as cattle?”

With TB pushing out from the South West into the South East, Mr Christensen wonders whether it is wise to continue moving cattle from TB areas to non TB areas without strenuous testing. “I would be very careful when bringing cattle into a TB free area as to where they are sourced from. If I were buying replacement heifers I would probably look overseas to Holland, Germany and Denmark to try and reduce the risk of moving TB into an area.”

Mr Christensen’s herds are under the government’s edge strategy which has introduced tougher controls to try to stop the disease spreading. Nonetheless, Kingston Hill Farm is ten miles away from an area where the disease has been prevalent for many years around the county border with Gloucestershire. Thirty of the animals which responded to the gamma interferon test were at the other farm on the Lockinge Estate near The Ridgeway and Wantage. “TB is not just with us” Mr Christensen said. “It is on colleagues’ farms further east. We are subject to stricter rules and more testing to try to stop it spreading further east.”