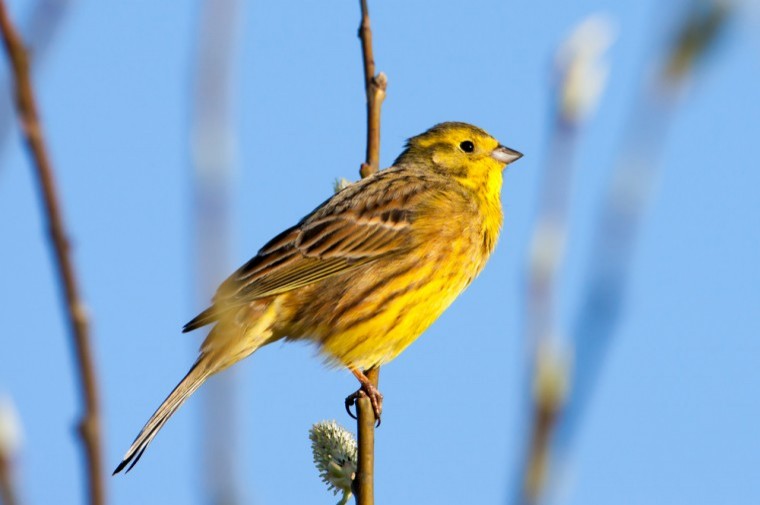 Taking half an hour out of their busy schedules to count, the farmers, gamekeepers and land managers dusted off their binoculars to see just how much their conservation work is helping their resident birds. In total, 130 different species were spotted, which is the highest number of species counted since the BFBC was launched in 2014. In addition, this year a total of 25 Red List species were recorded, again beating the numbers spotted during previous counts. It was particularly exciting to see six of these in the 25 most commonly seen species list: fieldfares, house sparrows, starlings, yellowhammers, song thrushes and skylarks.

A massive amount of land in Norfolk was covered by this year’s count. Over 100 different species of birds were spotted over nearly 63,000 ha of land. Lapwings, starlings and linnets were in the top 10 most abundant seen in the county, joining 17 other species spotted from the Red List for Birds of Conservation Concern.

With the BFBC now in its third year, the GWCT is starting to see some patterns developing. For example, this year’s five most abundant birds seen were woodpigeons, starlings, rooks, fieldfares and lapwings. These are almost the same as in 2014 and 2015, except lapwings have pushed chaffinches down to sixth place.

The GWCT’s head of development and training and BFBC organiser, Jim Egan, said: “It is really exciting to see so many people taking part in the count this year. Despite the horrible weather at the start of the count week, we’ve nearly doubled the total number of participants since the first year, and many of those who took part in the first year have continued to submit their results every time. It really does show that farmers have a long-term commitment to conservation management.”

Graham Hartwell, Environmental Stewardship Manager at BASF, says: “The 2016 BFBC results have yet again demonstrated the progress being made by farmers to create and maintain farm habitats to encourage farmland birds. That even more farmers attended bird identification training days and recorded their observations on their farms gives great encouragement to all farmers to join in and show how they have improved stewardship of the farmed environment on their commercial farms.

“We look forward to another successful year with the BFBC, knowing that plans are already in place for training meetings in preparation for the 2017 BFBC survey.”

Guy Smith, vice president of the NFU, says: “I like to pick a different spot every year to see if we get different species in different locations. Last year it was the middle of the marsh, so it was dominated by species such as lapwing, golden plover and brent geese. This year I stood in the field adjacent to my house with an elm hedge on one side and hawthorn on the other. I’m one of those farmer gardeners whose garden merges into the farm. If I was ever to sell up, I’d encourage the estate agent to describe the house as ‘extensively surrounded grazed lawns’.

“Anyway, I digress. The count yielded 21 species including three species of tit (great, blue, long-tailed in the hedges). And just to add a hint of the unusual there was a ring ouzel frolicking with the thrushes and blackbirds. It’s not often I say to Mrs Smith: ‘Look darling, there’s an ouzel in my paddocks’.”

The fourth GWCT Big Farmland Bird Count will take place from 4-15 February 2017, with free bird identification training days being arranged across the UK during January and February 2017.

The GWCT’s Big Farmland Bird Count receives massive support from farmers and landowners, as well as a range of farming, industry and conservation organisations. Sponsored by BASF, the count is run in partnership with the FWAG Association, LEAF (Linking Environment and Farming), the NFU and the CLA. There was also support from a range of other partners including RSPB, Kings, Waitrose, Soil Association, CFE (Campaign for the Farmed Environment), Heather Trust, Conservation Grade, Songbird Survival and Countryside Alliance.