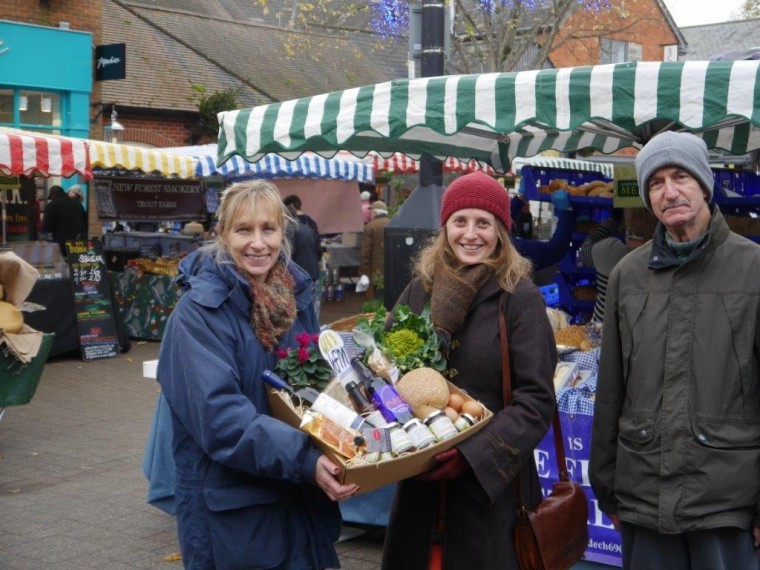 550 members of the public were surveyed by CPRE Hampshire this summer at HFM and county shows about the threats that they think have the biggest impact on the local countryside and landscape.

The results show that litter and dumping of rubbish (28%), closely followed by new housing on greenfield sites (27%) are of greatest concern to the public. The dysfunctional planning system (24%) and wind turbines and solar farms (13%) were also seen as threats to countryside and landscape.

The views expressed by the public during the summer’s road-shows are feeding into CPRE Hampshire’s plans for 2016, which marks the charity’s 50th Anniversary. Looking ahead to the next 50 years, CPRE Hampshire has just launched its latest campaign for a South Hampshire Green Belt.

HFM and CPRE Hampshire launched their strategic partnership in June 2015 and Dee Haas, chairman of CPRE Hampshire said: “We are very grateful to Alex Handford and the team at HFM for allowing us to join their farmers markets through the summer. The organisation is running such a good scheme for getting local produce to local people.”

Charlotte Tiley from Ringwood was the lucky recipient of a hamper filled with HFM goods from their broad range of producers, which was presented to her at the Ringwood HFM by Alex Handford, business development manager of HFM and Russell Webb, CPRE Hampshire’s recently appointed New Forest group