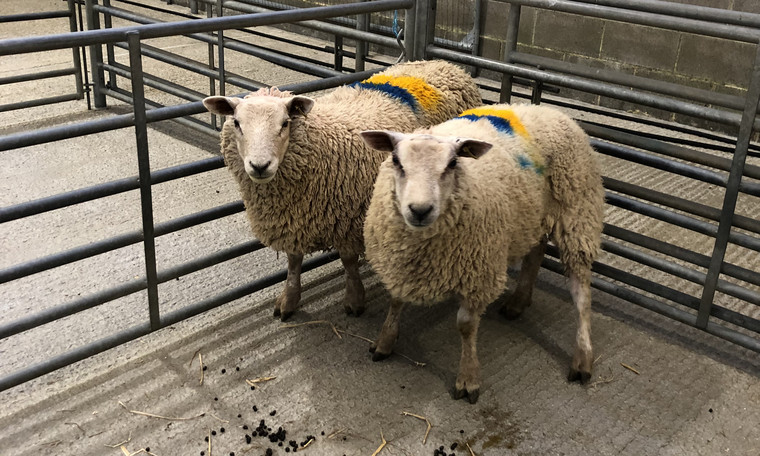 Ian Lucas, who runs a sheep shearing business based in Boxley, decided to donate two hoggets for sale, with the idea that the proceeds would be donated to a charity supporting Ukrainian refuges.

Fellow traders were quick to respond, with the result that Ian’s hoggets were bought and then resold five times, three times at £280 each and twice at £200 each. Other generous donations of animals for sale, including a steer, followed, with keen bidding finally raising an impressive £6,690 in total.

“I don’t mind admitting I had a tear in my eye at the end of the sale,” Ian said. “I really didn’t expect it to go as well as that – I feel humbled by the whole experience. It was amazing.”

“I was very proud to stand on the rostrum and raise almost £7,000 to benefit this worthy cause,” said auctioneer John Rossiter from Hobbs Parker. “Local farmers have shown great sympathy with the plight of the Ukrainian people, more so than I have ever seen in the past in global times of need.

“The generosity of our vendors to donate their livestock to the cause in what is already a hard time for many is particularly humbling, and then for the buyers to pay greatly elevated prices and re-offer the lots for sale over and over again is a heart-warming gesture that restores my faith in humanity in times which are very dark for some people less fortunate than us.”

With farming – and sheep shearing – going through tough times at the moment, Ian was clear about why he had decided to help. “Yes, we have our own problems, but we aren’t being shot at or blown up and my children have food in their tummies and a warm bed for the night,” he explained.