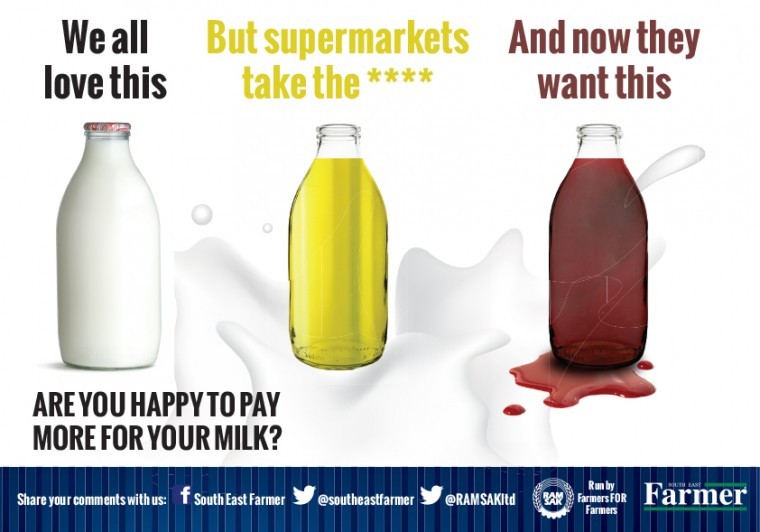 Both Asda and Aldi have agreed to pay their dairy farmers a new floor price of 28p per litre for liquid milk following a public outcry from farmers and consumers.

This news comes after Morrisons released a new range of milk called ‘For Farmers’ due to hit supermarket shelves this Autumn, which gives consumers the opportunity to pay more towards their milk.

The NFU have said Asda and Aldi’s decision to commit to paying 28p per litre is a significant leap forward in recognising the true value of British dairy products.

Asda has promised this price for 100 per cent of its liquid milk volume throughout its entire range from Monday (August 17) for the foreseeable future. It will pay 28p per litre to processor Arla, which will then be expected to pass this onto its British farmer suppliers.

Morrisons has also agreed to move to a floor price of 26p per litre across all liquid milk by the end of August after a second meeting with the NFU, Tenant Farmers Association (TFA) and Farmers for Action (FFA).

The retailer has also said that it will launch a ‘Milk for Farmers’ cheese line alongside the liquid milk line this autumn. This cheddar cheese brand will be sold at a 34p premium to customers, which will equate to 10p per litre going back into the farm supply base.

In a joint statement the NFU, TFA and FFA said: “It is absolutely vital that the extra money goes back to British farmers – we cannot emphasise this enough.